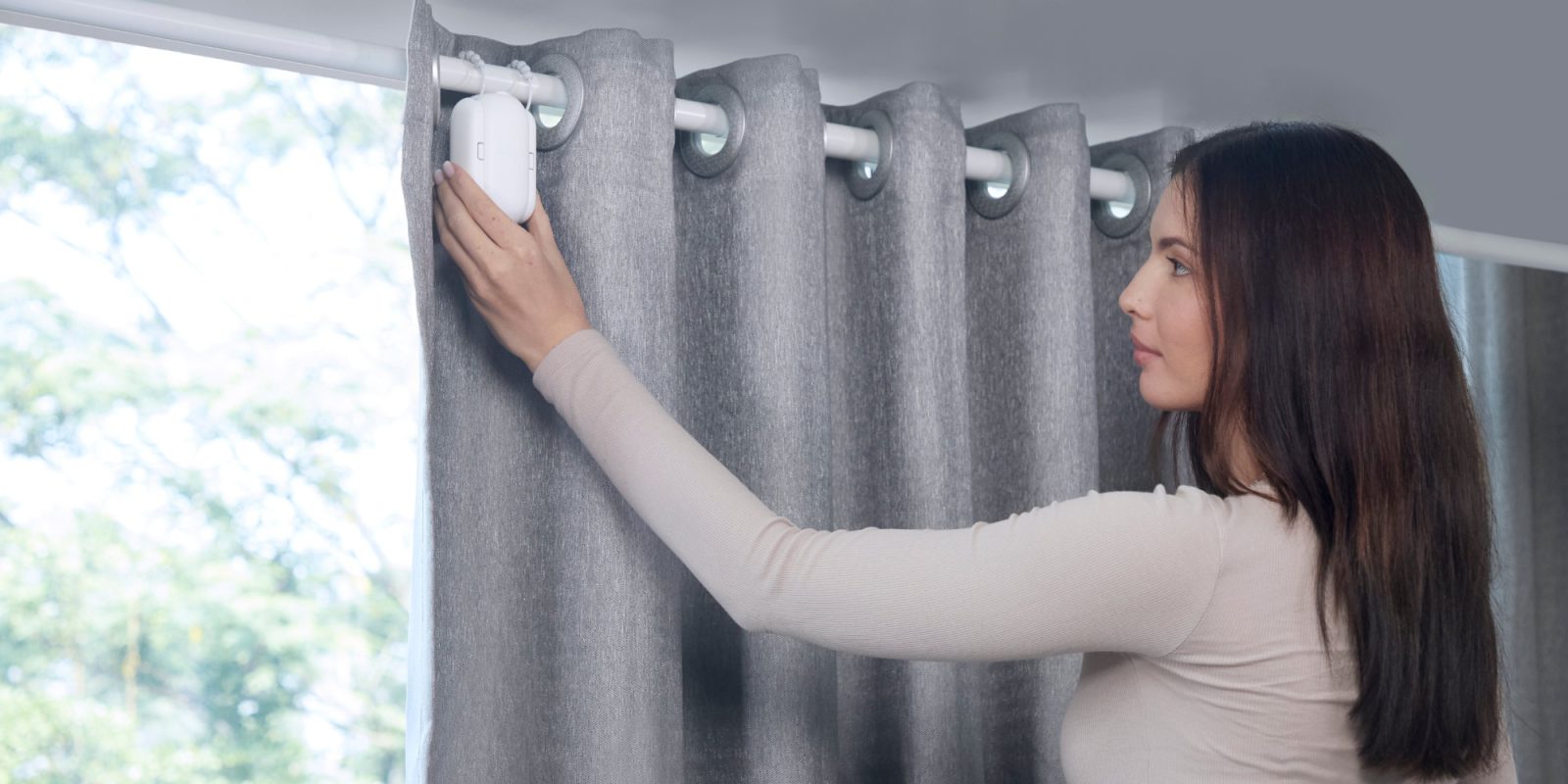 Earlier today, SwitchBot took on companies like IKEA by officially announcing a small wireless device that automates existing curtains. SwitchBot Curtain appears to be dead simple to install, with the company touting it as a mere 30-second process. While SwitchBot has successfully shipped products before, it is worth noting that initial orders are taking place at Kickstarter, where it has already blown through its initial $20,000 funding goal.

SwitchBot Curtain is a device that retrofits smart capabilities to existing curtain rods or railing. Once setup, users will be able to open and close curtains thanks to a companion app or with voice controls using Siri with iOS Shortcuts, Alexa, or Assistant. As you’d hope, the app even lets users schedule opening and closing of curtains.

A built-in light sensor even allows users to automate operation entirely based off of the time of day. Each SwitchBot Curtain contains a rechargeable battery that’s estimated to last 8 months. For those that don’t want to worry about that, SwitchBot will even offer a solar panel add-on.

“The ability to automatically wake up to daylight while still going to bed in the true dark can do wonders for sleep and now it’s easy to achieve,” said SwitchBot CEO Connery Lee. “SwitchBot Curtain also allows you to automatically block out unwanted mid-afternoon sun or make it look as if someone’s home when you go away–it’s a simple solution to a variety of everyday issues.”

As mentioned earlier, SwitchBot Curtain is initially being funded via Kickstarter with a goal of $20,000. Since launching earlier today, SwitchBot Curtain has already more than tripled this goal and it still has 39 days to go. Pledge amounts that yield an actual product at the end range from $49 to $518.

Once early bird offers have run out, interested parties can snatch an individual unit for $69 each. At the moment, SwitchBot anticipates initial shipments to begin in April 2020. As with any Kickstarter purchase, proceed with caution. Considering that SwitchBot has successfully launched products in the past, it should help put many minds at ease.

With support for IFTTT, Alexa, Assistant, and even Siri Shortcuts, SwitchBot Curtain certainly checks a lot of boxes. Lack of official HomeKit support is disappointing, but there’s a good chance early adopters on iOS will be savvy enough to get on just fine with Siri Shortcuts.

Having considered smart blinds several times over, I’m always dismayed by how just how expensive they tend to be. With SwitchBot Curtain, automating drapes feels more within my reach than ever before. Oh, and since it’s compatible with IFTTT, I should be able to use iOS Shortcuts to configure a setup that more closely resembles HomeKit.