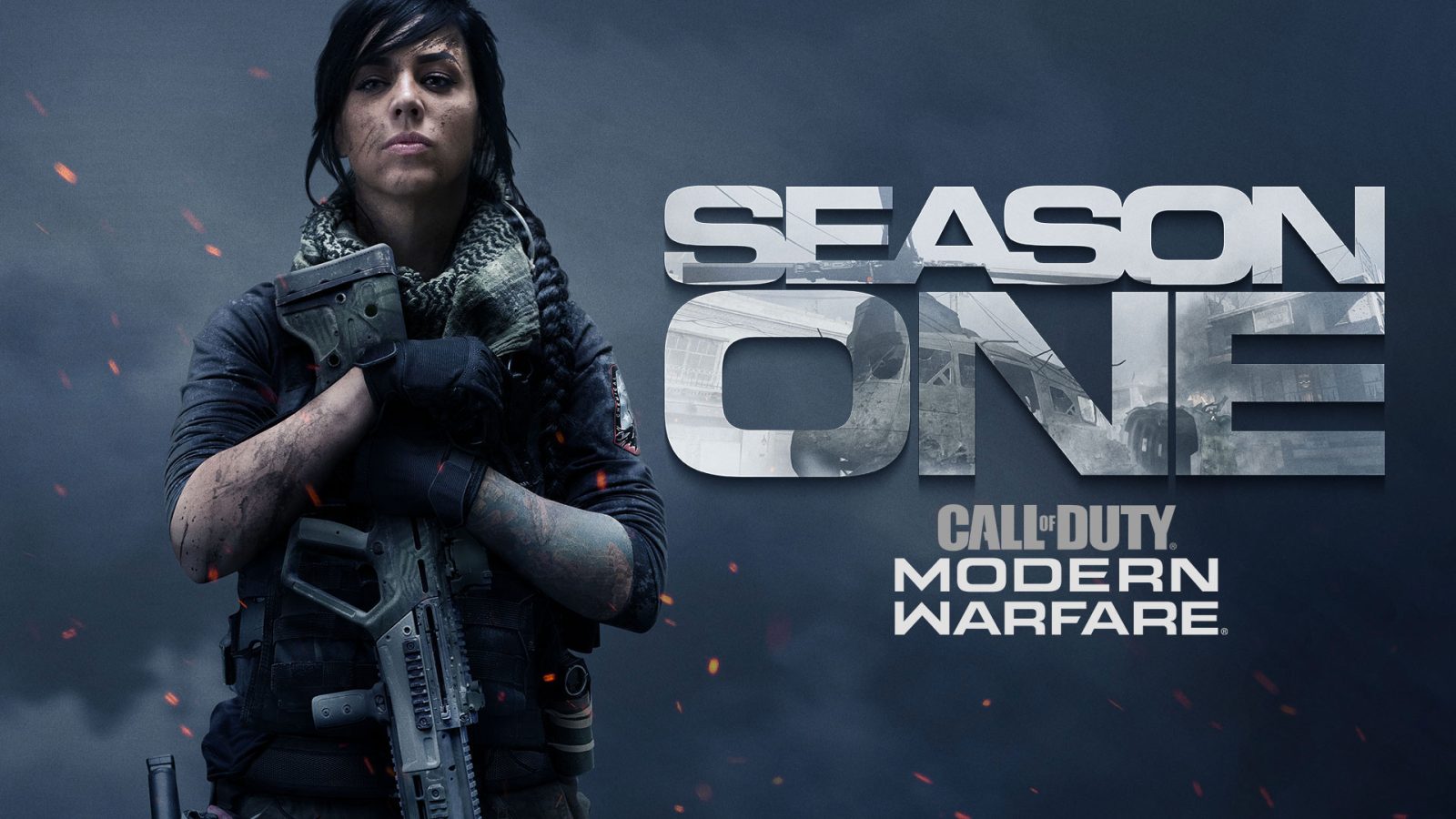 We’re a little over a month into the latest Call of Duty: Modern Warfare release and a few weeks ago, we got the first big update: Season 1. If you’re wanting to find out our full thoughts on the entire Modern Warfare game, Spec Ops, campaign, and all, be sure to check our in-depth review. However, this post will focus on our hands-on with Season 1’s new content.

Call of Duty: Modern Warfare’s Season 1 update brought along quite a few firsts to the series. Here are a few of them:

Let’s elaborate on that second point: first update for free to all game owners. This is something that sets Modern Warfare apart from just about every other Call of Duty game out there. Before, there were “tiers” of sorts of game owners, where some would get exclusive maps and others were left in the dust. buy the base game? Good luck playing with friends who got deluxe, as they have maps you’ll never see. However, Call of Duty: Modern Warfare changed that by nixing the deluxe systems in favor of a battle pass offering, another first.

The battle pass is a unique way to unlock new weapons and skins, along with double XP tokens and more. The battle pass has two tiers, however. Everyone can partake in the free tier of the battle pass, enjoying all weapon unlocks, and blueprints. However, purchasing the upgraded battle pass will give you access to more blueprints, extra double XP, skins, and more. Keep in mind though that the purchased battle pass does not give any leg up for gamers, as it’s only cosmetics and double XP that you’ll receive through paying.

Call of Duty: Modern Warfare Season 1 doesn’t just bring the battle pass to players, but also quite a few new maps to play on. Classic Call of Duty 4 maps are making a comeback here, including Crash, Vacant, and Shipment as either multiplayer or gunfight maps. You’ll also find all-new maps in Port, Cargo, Atrium, and even more as Season 1 progresses.

The first major update to Call of Duty: Modern Warfare also brings with it new game modes like Reinforce, Gunfight OSP, Infected, and even more as time goes on. My favorite from these new modes has to be Reinforce, as it’s essentially a mixture of domination with search and destroy. Each player gets one life but is revived once someone on their team captures a flag. The first team to capture all three flags, eliminate the entire other team, or hold more flags at the end of the round wins, and it’s quickly becoming my favorite game mode. 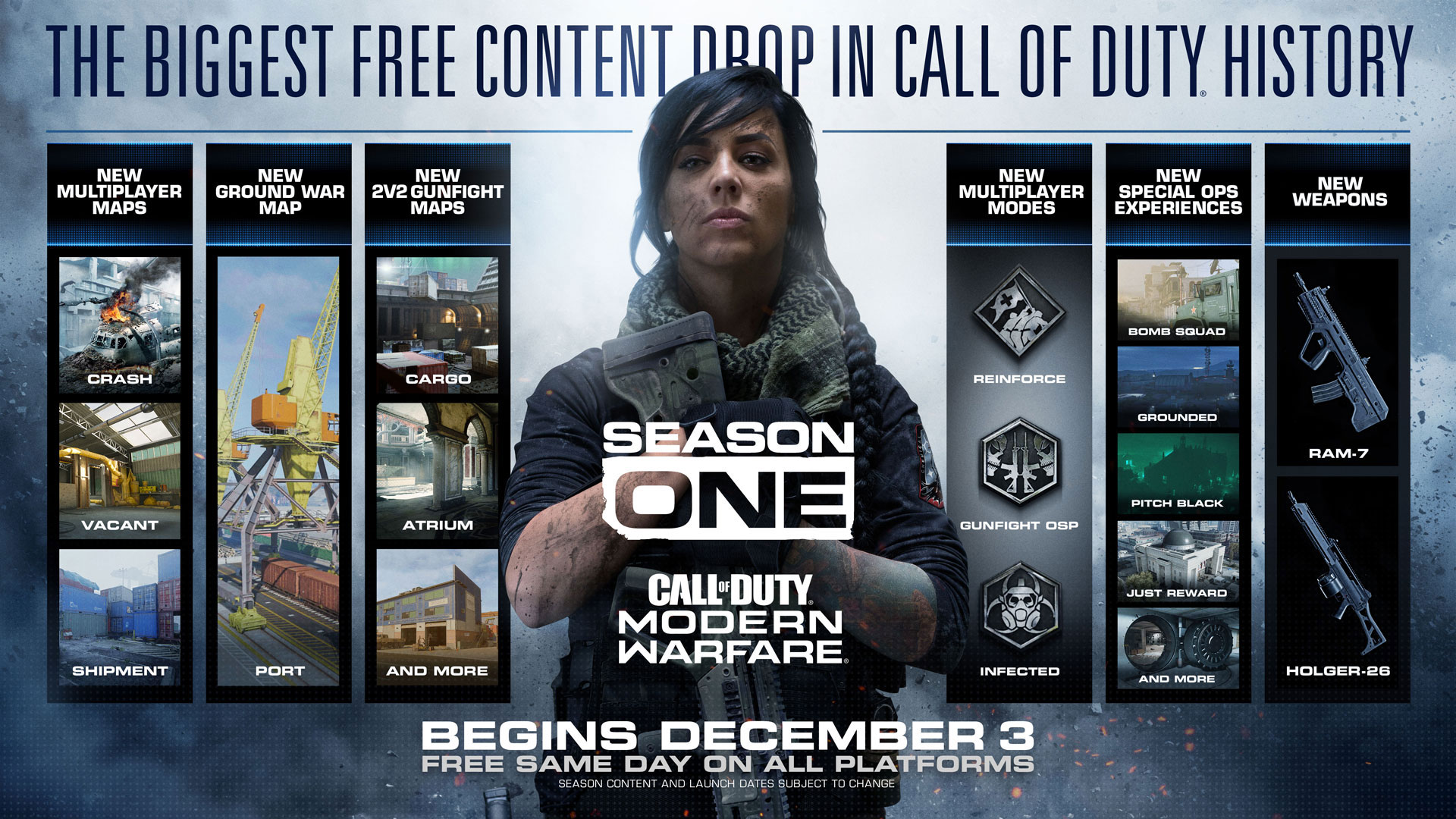 New weapons available to all

The first season of Call of Duty: Modern Warfare brings with it not just the battle pass and maps, but also two new weapons: Ram-7 and Holger-26. The Ram-7 is a fully automatic bullpen assault rifle that is bound to bring quite a bit of joy with its integrated pica tinny rails at 3, 6, and 9 o’clock.

The Holger-26 is another new weapon here that’s an LMG version of the Holger rifle, with an integrated sight rail and drum magazine for extra ammo. Both of these weapons are unlocked through the battle pass system at various levels, but given the nature of the battle pass, once this season ends, if you haven’t unlocked them, they’ll be gone for good.

I’m really enjoying what Infinity Ward is offering here, especially since this update is free to all gamers. Season one is just beginning folks, and there is plenty more to come throughout the next few months before we move into season 2. Keep it locked to 9to5Toys for all things Call of Duty, and let us know your favorite game modes in the comments below!