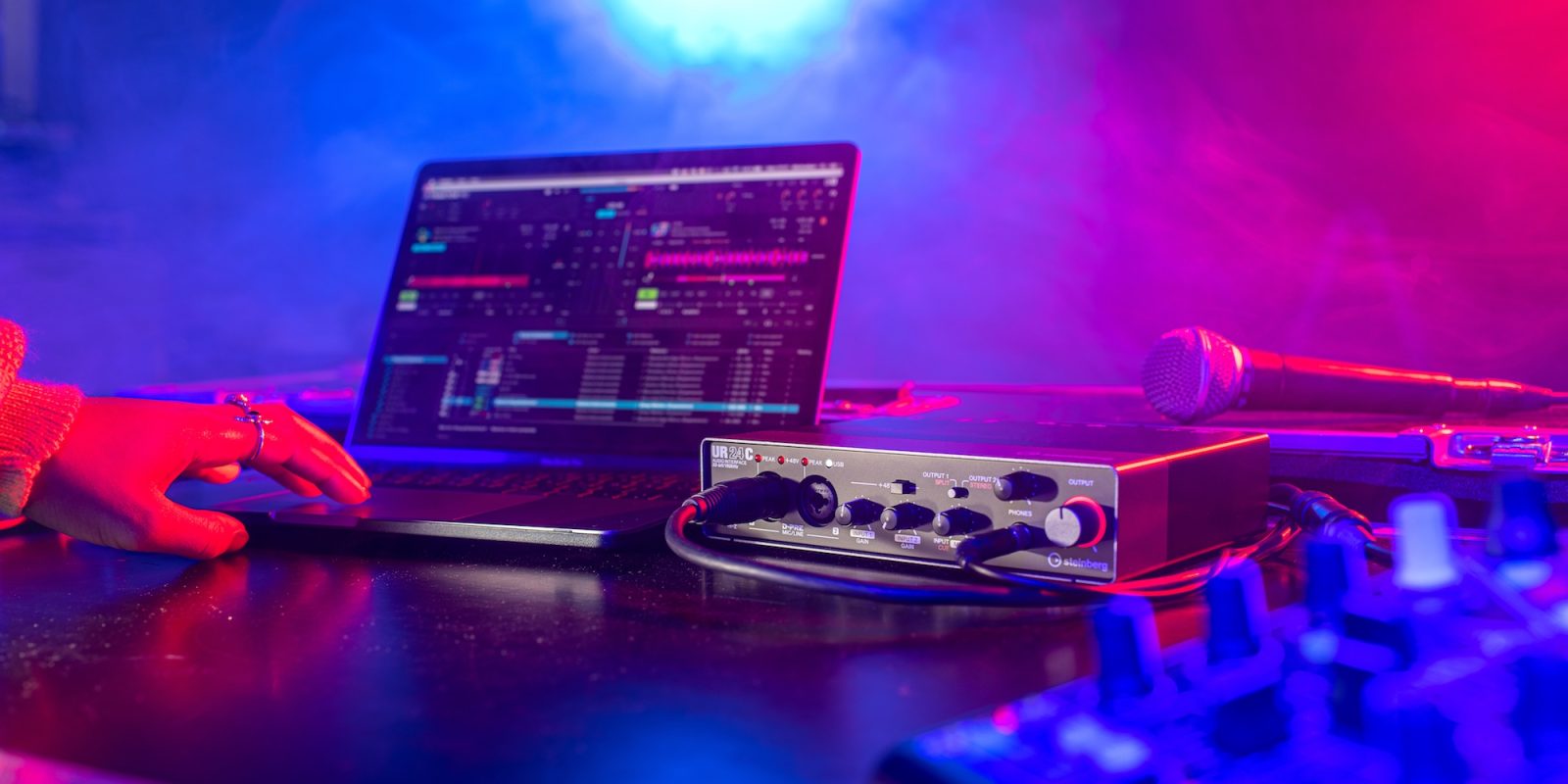 Steinberg is adding to its lineup of USB-C Mac interfaces today with the new UR24C two-channel model. After launching back in September of last year, Steinberg’s UR-C line of audio interfaces is seeing an interesting addition today with the latest entry in the family. With some unique headphone monitoring options in tow for stage performers and studio producers, the new UR24C falls in the middle of the line offering up an affordable option for musicians that need a little bit more than the base model UR22C can offer. Head below for a closer look.

We have already seen some new and quite affordable USB-C Mac interfaces from Focusrite previously, but the new UR24C two-channel model does have some interesting features that allow it to stand out from the crowd.

Firstly let’s take a look at the basic specs on this thing. This is a USB-C audio interface for Mac, PC and iOS with a 32-bit/192kHz audio resolution. You’ll find a pair of Neutrik combo jack inputs for your mics and guitars with what is described as high-grade D-PRE microphone preamps — the same tech found in the previously announced UR-C products. As the name implies, it also sports four outputs including a pair of TRS jacks with the rest available over RCA connections alongside MIDI inputs and outputs. 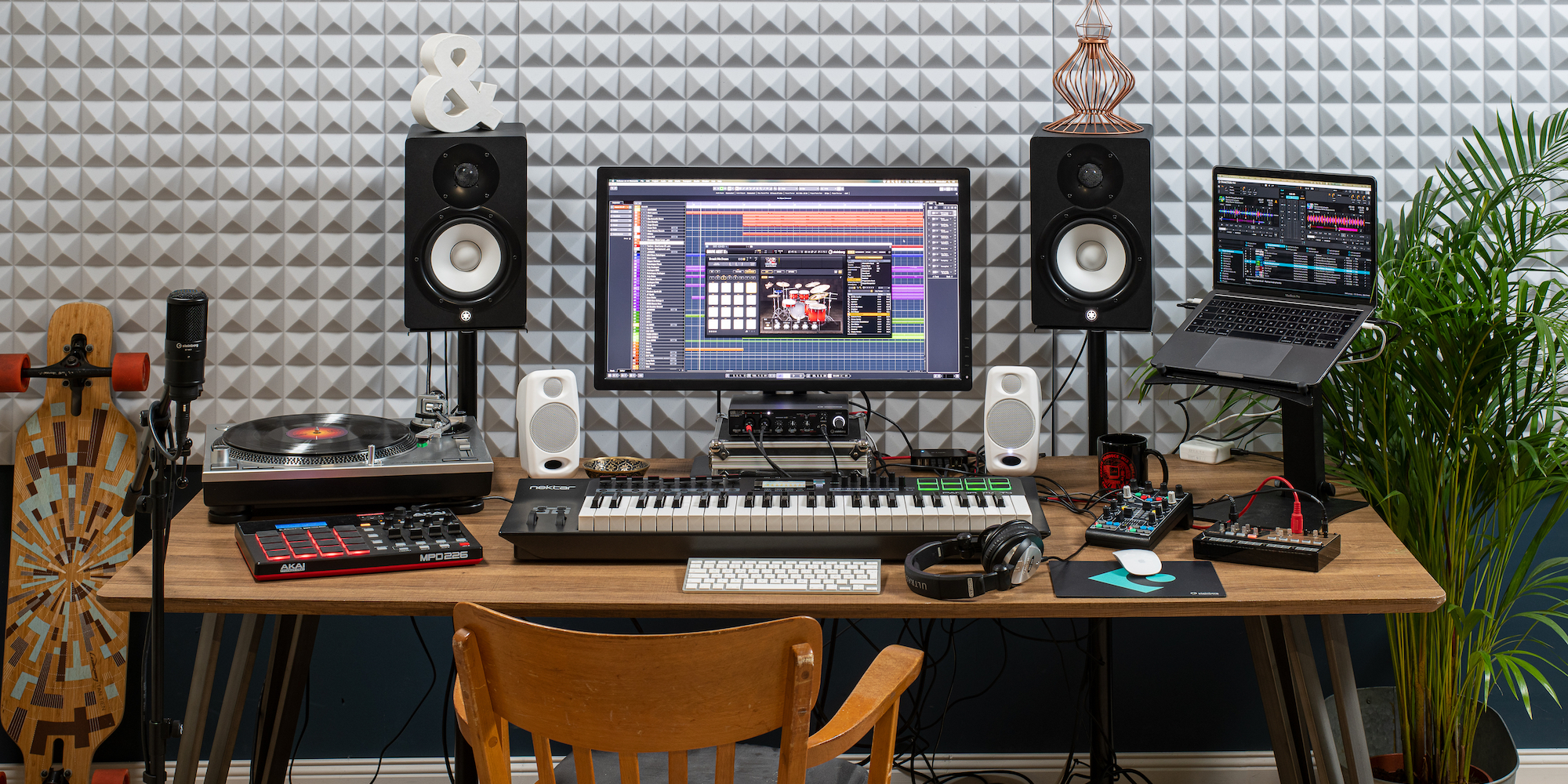 It also has some DSP processing that, according to Steinberg, amounts to zero-latency during recording/monitoring when using the built-in effects (Channel Strip and Guitar Amp Classics, reverbs, more). The system also comes with Cubase AI for the desktop and Cubasis LE for iOS to get you started, although it will work with other DAWs like Logic Pro X and the like.

The UR24C two-channel model features two modes of operation when it comes to the built-in headphone jack. The DJ-focused monitoring mode is designed to allow for easy cuing and the like. Your output signal is split in two with the mono master signal on one channel (the right side of the mix, or the right ear) and the mono cue mix on the left channel — a feature not usually found on USB-C Mac interfaces of this nature. The balance between the two is fully adjustable as well.

The other mode will be much more familiar to audio interface users. Referred to as a sort of recording or DAW mode, the output signal will work as usual here. But producers and engineers can adjust the balance of the signal coming back from your DAW with the signal hitting the inputs on the interface. In other words, you can choose to hear the output of your recording software or the input signal, or some balance of the two. This can be great for recording/monitoring situations where latency on the playback from the DAW is a non-starter, and just for avoiding it altogether. 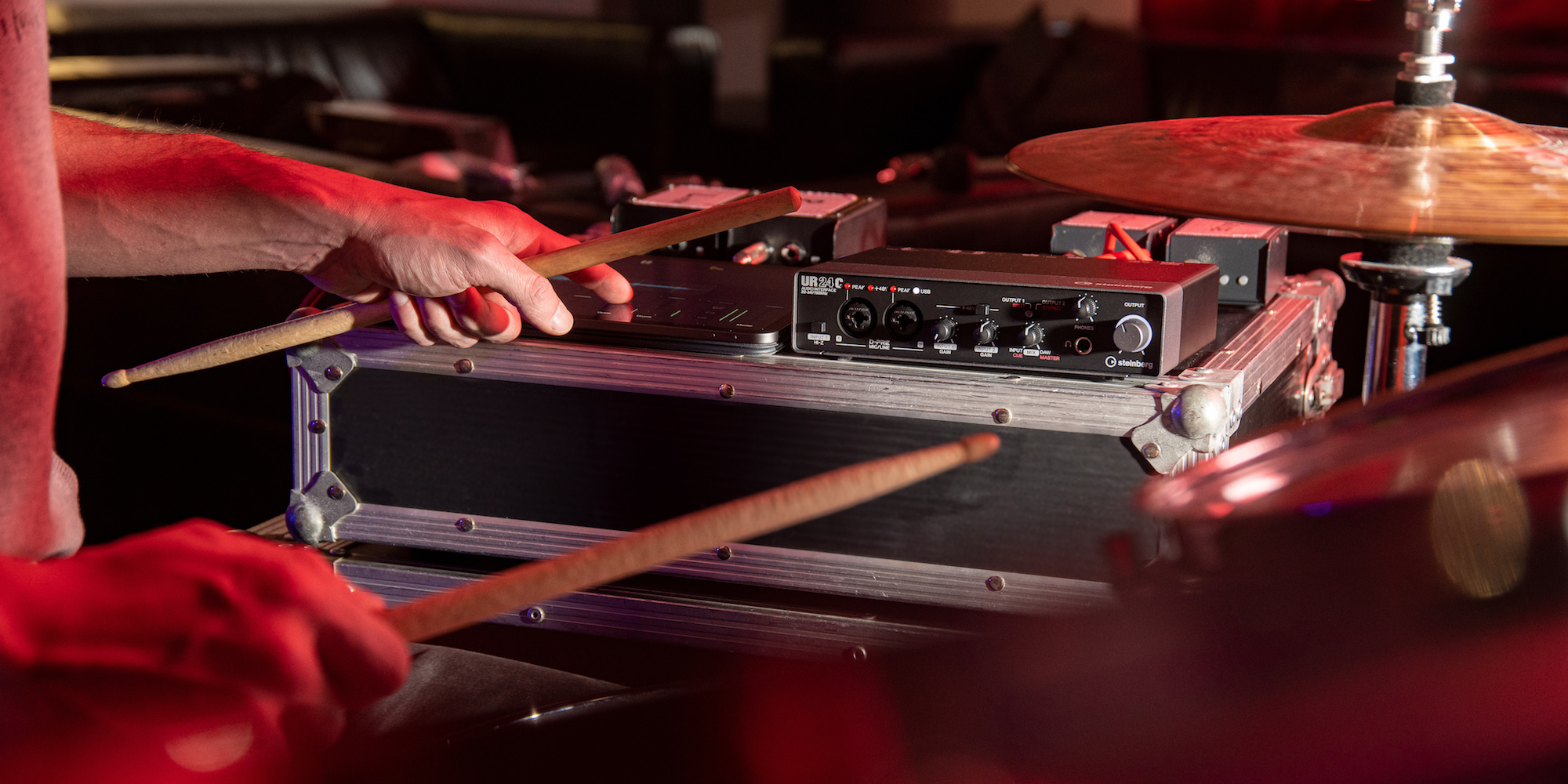 The UR24C two-channel audio interface is scheduled to hit store shelves in the first quarter of 2020 with a suggested retail price of $319.

Interfaces are a tough thing to purchase. How can you know how good it’s going to sound before you try it? Which company’s pre-amps sound best to your ear? It’s not easy to decide. But in my experience, price range considered, Steinberg has always provided its users with solid sounding pre-amps and its new USB-C Mac interfaces are likely no exception. The addition of the DJ-style headphone monitoring is a nice touch, but it might be the only thing about this box that makes it stand out from the crowd. There are very similar options out there from great brands for half the price. So it might be smart to make sure you already love Steinberg gear or can really imagine yourself making good use of the split monitoring before dropping any cash on this one.