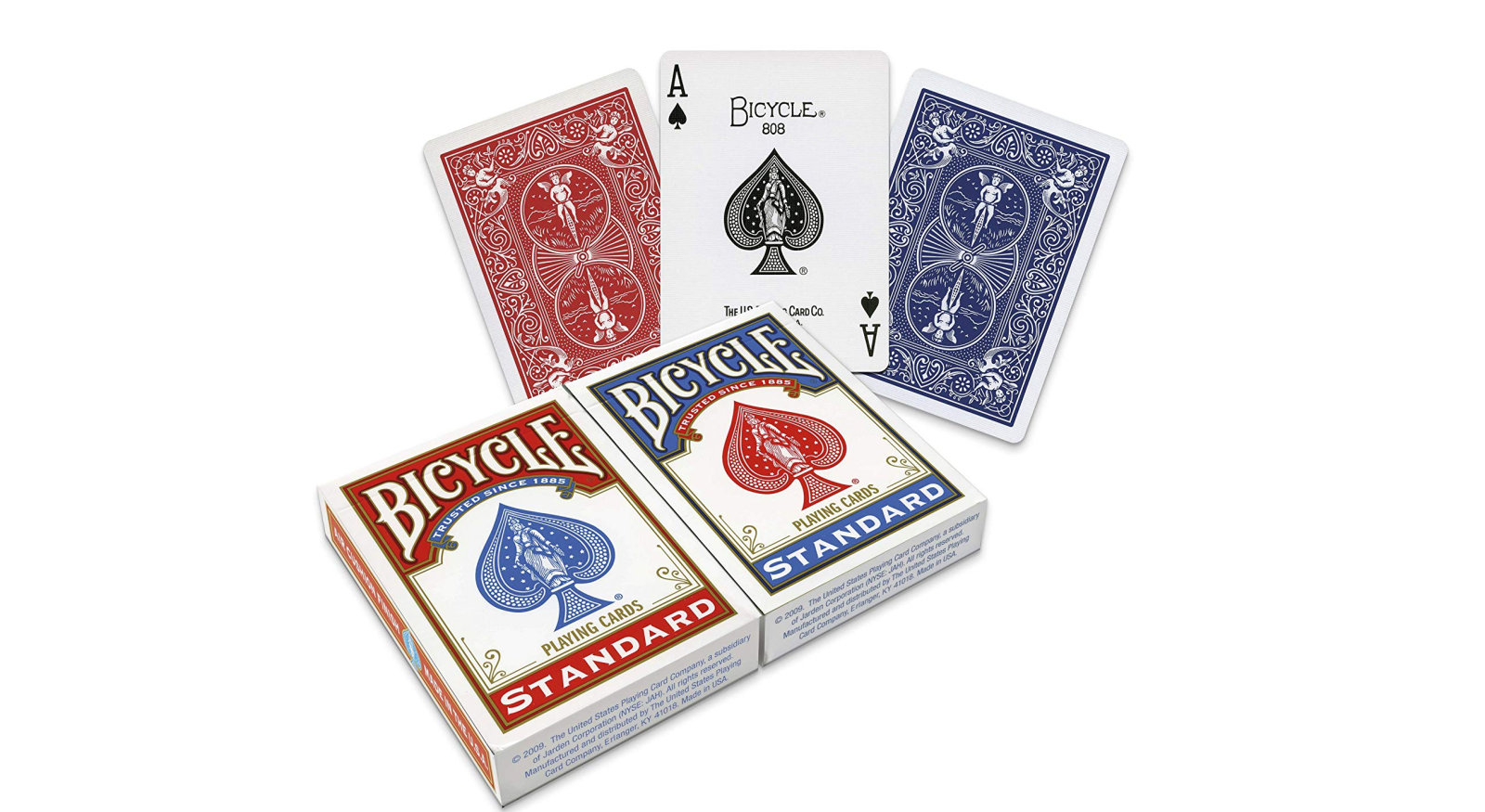 Amazon is offering the 2-pack of Bicycle Poker Size Playing Cards for $2.92 Prime shipped when the on-page coupon has been clipped. If you are not a Prime member, orders that exceed $25 will qualify for free shipping. Note: Shipping is currently pushed back to April 13, but the price can still be locked in. That’s 25% off the going rate found at retailers like Target and is the lowest price we’ve tracked. Whether you want to build card houses or play a game with others, snatching up this deal is a great way to alleviate some boredom. Since two decks are included, going forward you’ll be ready to play even larger card games with more people. Rated 4.8/5 stars.

It’s hard to find an alternative that beats the price found in the featured deal above. However, folks who own Minecraft can download twelve new worlds for FREE, breathing life into a game that you now have reason to dust off.

That’s not the only free stuff you can nab right now. Sling TV is streaming a selection of news, shows, and movies for FREE too. Get more broad idea of what’s included by checking out our coverage.

Under $3
You’re reading 9to5Toys — experts digging up all the latest technology and lifestyle deals, day after day. Be sure to check out our homepage for all the latest news, and follow 9to5Toys on Twitter, Facebook, and LinkedIn to stay in the loop. Don’t know where to start? Check out the best Apple deals, our daily podcast, and subscribe to our YouTube channel