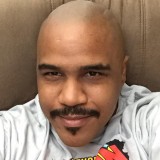 If you’re not familiar with the Moto X’s hardware, this handset features a 4.7-inch 1,280 x 720 display, a 1.7GHz dual-core processor, 2GB of RAM and a 10-megapixel rear-facing camera. Although it’s not Motorola’s newest smartphone, the Moto X is a great device and is worth a look if you’re on a strict budget.

Earn up to $100 referring friends and family to Google Wallet

Google wants you and your friends to use Wallet. Like, really badly. So much in fact, the company is running a cash-driven promo to motivate the service’s users. If you use Mountain View’s money service to send cash (even a penny) to a friend who doesn’t have a Google Wallet balance yet, the company will hit you and your amigo with a $5 kickback.

END_OF_DOCUMENT_TOKEN_TO_BE_REPLACED

From now through October 20th, Motorola Mobility is knocking $50 off the 2014 Moto X’s asking price on Verizon. This brings the device’s purchase price down to $50 with a two year service commitment. This deal also supports customization via Motorola’s Moto Maker, which lets you tailor the handset to fit your style.

Are you looking for a new playlist to get you through your morning commute? If so, Google Play Music has nine freebie tracks up for grabs that might make that ride into work, school or wherever a little bit smoother. Songs like Drake’s Hold On, We’re Going Home, Kendrick Lamar’s Bitch Don’t  Kill My Vibe, and Katy Perry’s Teenage Dream are all on the house!

END_OF_DOCUMENT_TOKEN_TO_BE_REPLACED

If you’re in the market for a smartwatch and looking for something that plays nice with your business casual wardrobe, then the Pebble Steel might be what the doctor ordered. Best Buy is currently selling the resilient smartwach for $209.99 shipped, which is $20 off its regular asking price.

Available with a black leather or steel metal band, Pebble’s high-end timepiece is compatible with Android and iOS smartphones.  More than just a slick design, this 5 ATM water resistant smartwatch can be worn while swimming, white water rafting and other aquatic activities. In addition to being able to withstand wet conditions, the Pebble Steel’s design features a combination of marine grade stainless steel and Corning Gorilla Glass, so it’ll support most active lifestyles.

Currently rated at four and a half out of five stars at Amazon, this is the first price drop we’ve ever seen for this snazzy smartwatch.

Summer is fading fast and as a way of saying farewell, Motorola Mobility is having a back to school sale on its off-contract Moto X. The entry-level 16GB version of the company’s customizable handset is down to just $300 ($100 savings) and the 32GB model has been reduced to $325 ($125 savings). However, if your app arsenal is heavy and you’re looking for a lot of storage space, you can pick up the 64GB Moto X for $375 ($125 savings).

END_OF_DOCUMENT_TOKEN_TO_BE_REPLACED Today, via eBay’s Daily Deals, DrivenGPS is offering a manufacturer refurbished second-generation 32GB LTE unlocked Nexus 7 tablet for $219.99 shipped. That’s about $130 off the device’s regular asking price (brand new) and the lowest price we can find. Compatible with GSM networks like AT&T and T-Mobile, this LTE-capable version of Google’s popular tablet is ideal for on the go data consumption.

If you’re not familiar with the Nexus 7, here’s what you can expect: a 7-inch 1080p HD IPS display, a 1.5GHz quad-core Snapdragon S4 processor, 2GB of RAM, a 5-megapixel rear-facing camera, a 1.2 front-facing shooter, a 3,950mAh battery and the latest version of Google’s Android operating system. For more details, check out our full review of the Nexus 7.

END_OF_DOCUMENT_TOKEN_TO_BE_REPLACED

If you want the latest and greatest that Android has to offer, the Nexus 5 is the device to own and today eBay’s Daily Deals is offering both the 16GB and 32GB unlocked versions of Google’s purebred handset at some consumer-friendly prices. The LG G3 is now available and Best Buy is reducing its price to $100 on AT&T, Sprint and Verizon with a new two year service agreement. That’s $100 off the phone’s regular price.

The LG G3 is one of the hottest smartphones on the market. Some of its standout features include a 5.5-inch 2,560 x 1,440 Quad HD display, a 2.5GHz quad-core Snapdragon 801 processor, a 13-megapixel rear-facing camera with OIS+ and Laser Auto Focus. We like this phone! For more details about the LG G3, check out our complete review.

END_OF_DOCUMENT_TOKEN_TO_BE_REPLACED

Amazon’s 7-inch tablet features a 1,920 x 1,200 display, a 2.2GHz quad-core processor, 2GB of RAM, 16GB of storage space and an and Adreno 330 GPU. In addition to modern hardware, the Kindle Fire HDX ships with the Mayday button, which connects users with a live Amazon tech advisor via video chat for 24/7 product support.

The 7-inch Kindle Fire HDX currently has a 4.3 out of 5 stars rating based on user reviews at Amazon.

DigJungle via eBay Daily Deals is offering a manufacturer refurbished (like new) 32GB Nexus 7 (second-generation) for $160 shipped. That’s $100 below retail for a new model and a match for the best price we’ve ever seen for refurbished.

In terms of hardware, the Nexus 7 features a 7-inch 1,920 x 1,200 display, 2GB of RAM and a 1.5GHz quad-core Snapdragon S4 Pro processor. Hands down, the Nexus 7 is one of our favorite Android-powered tablets. Feel free to check out our full review. The seller for this item has positive feedback rating of 98.8 percent and a 14 day return policy with a money back guarantee. 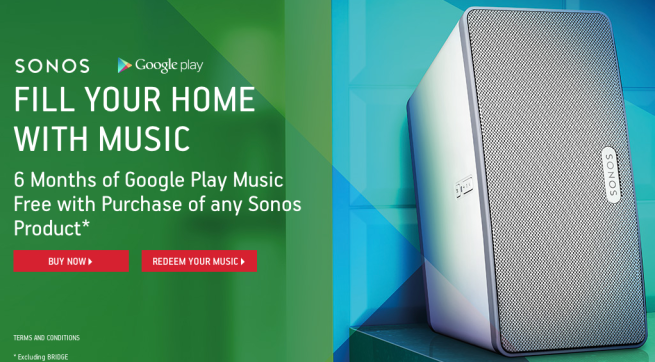 If you’re looking to upgrade your home’s audio setup, California-based speaker system maker Sonos has an attractive deal worth checking out. The company is currently running a promo that bundles six months of Google Play Music All Access (about a $60 value) with the purchase of any Sonos product, excluding the outfit’s Bridge system.

END_OF_DOCUMENT_TOKEN_TO_BE_REPLACED If you’ve been flirting with the idea of buying a gigantic phone or a small tablet with a vanilla Android experience but your cash flow is low, look no further than the Sony Z Ultra Google Play edition. Typically priced at $650, Mountain View has knocked $200 off the phone-tablet hybrid’s asking price. In addition to a shrunken premium, Google Play is offering free ground shipping with a standard warehouse departure time of 1-2 business days.

END_OF_DOCUMENT_TOKEN_TO_BE_REPLACED After a successful rum across PC, consoles and iOS, 2K Games’ popular turn-based tactical RPG XCOM: Enemy Unknown is now available on Android. Priced at $10, the strategic base building game puts players in the role of the commander who leads squads of soldiers through intense combat missions against a terrifying alien invasion.

END_OF_DOCUMENT_TOKEN_TO_BE_REPLACED If you’ve been wanting to try a Chromebook, but have held off due to their need for an internet connection, Best Buy might have a remedy for your dilemma. The blue and yellow big box is currently knocking $100 off HP’s 11.6″ LTE Chromebook, bringing its asking price to $199. The device is backed by Verizon’s LTE network, you’ll pretty much have internet access anywhere in the US.