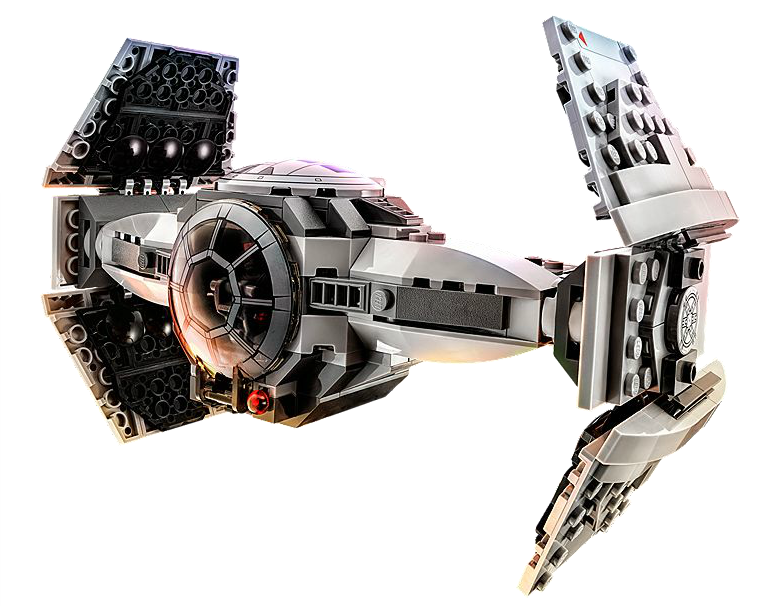 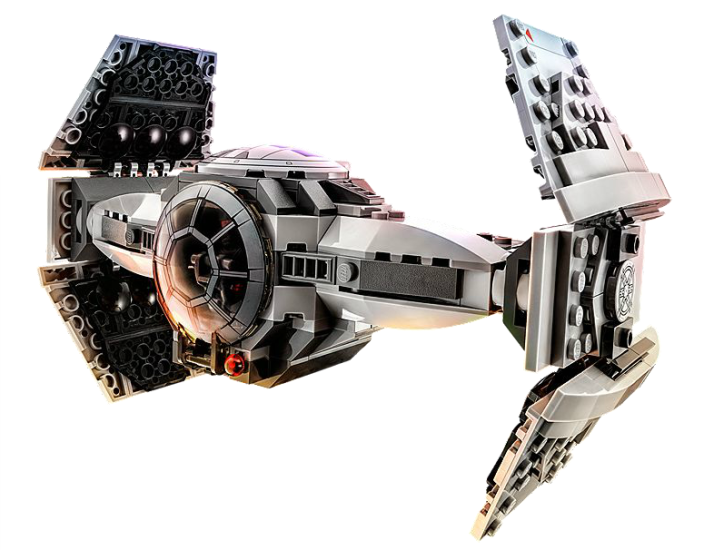 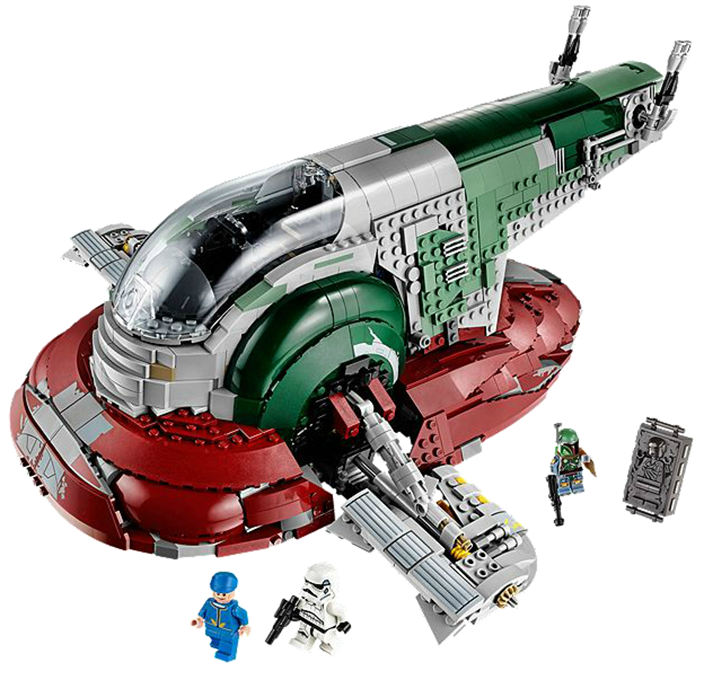 LEGO has done a nice job of offering a wide variety of sets with this release, ranging in price from $10 for figurines and small vehicles to the $200 Slave I ship of Boba Fett. Likewise, the skill level needed to complete these sets span across all ages with the Disney-inspired ones aiming more for the younger crowd. With 20 sets available everyone should be able to find an option to feel the force.

The majority of the 2015 LEGO Star Wars collection is available today directly from LEGO, with some models shipping from Amazon as well. Additional releases are scheduled throughout 2015, most notably the Return of the Jedi, which will have two sets built around the dramatic conclusion of the saga.

A Battalion of New LEGO® Star Wars™ Sets Arrives for 2015

“As we all eagerly anticipate Star Wars: The Force Awakens premiering in December, 2015 gives LEGO Star Wars fans a chance to build and play based on all of the existing Star Wars stories,” said Jill Wilfert, vice president of licensing and entertainment for The LEGO Group. “For more than 15 years, children and kids at heart have told and retold the Star Wars story through LEGO brick play and this year we will give them even more characters and elements to recreate the epic saga – including several sets with which to add Star Wars: The Force Awakens to their building adventures.”

Bringing Star Wars: Rebels TV Episodes to the Playroom Six new LEGO sets help fans build the exciting adventures from the Disney X D series, Star Wars Rebels, five available now and one launching in June. Fans looking to build their collection of Stormtroopers will love the Imperial Troop Transport ($12.99), featuring four of the iconic troopers in minifigure form plus an armored transport pod. With Ezra’s Speeder Bike ($19.99), the young rebel hero and his confidant Sabine can outrun the Stormtroopers. In the ultimate expression of the power of the dark side, rogue rebels are tracked by the experimental TIE Advanced Prototype™ ($39.99), complete with folding wings for flight and landing modes, spring-loaded shooters and functional top hatch. Builders can search the streets of Capital City for rebels in the twin-legged AT-DP™ ($49.99), featuring Agent Kallus, a Stormtrooper and two AT-DP pilots. Fans can protect Wullffwarro and his Jedi friend, Kanan Jarrus, with the powerful Wookiee™ Gunship ($69.99), featuring movable front and top cannons, folding wings and two Wookiee minifigures.

Revisit Star Wars: The Force Unleashed Fans can protect the Empire with the silent and mysterious Shadow Guards ($12.99 available now) by using their deadly lightsaber staffs, or call in the Shadow Stormtroopers if backup is needed.

Star Wars: Episode III Revenge of the Sith – Builders can choose sides and reenact the ultimate showdown to defend or attack the Republic. High above Coruscant flies the advanced ARC-170 Starfighter™ Microfighter, perfect for defending against the attack of the deadly Separatist Vulture Droid™ Microfighter ($9.99 each, available now).

Star Wars: Episode V The Empire Strikes Back – Builders can relive one of the most exciting battles in the entire Star Wars universe as they speed over the icy planet of Hoth in the agile Snowspeeder™ Microfighter to protect the Rebel Alliance and assault the Rebel base with the AT-AT™ Microfighter. Both are available now for $9.99.

First Star Wars Constraction Sets Unveiled Expanding the way children can build and play within the Star Wars universe, the company also unveiled new constraction – constructable figures – sets featuring, among others, Darth Vader and Luke Skywalker ($19.99 and up in September). Additional constraction figures in the collection will be unveiled throughout the year.

LEGO Slave I™ will Delight Even the Most Skilled Fan Builders Builders can assemble and pilot an unbelievable detailed replica of the iconic Slave I™ spaceship owned and piloted by the infamous bounty hunter Boba Fett™. With 1,996 pieces, this set will inspire fans to search the galaxy for fugitives using the realistic rotating cockpit and wings for flight and landing mode along with dual blasters to repel attackers, then reenact the capture of Han Solo™ in Bespin’s Cloud City. Includes minifigures of Boba Fett™, Bespin Guard™, Stormtrooper™ and Han Solo™ and is available now for $199.99.

About LEGO Systems, Inc. LEGO Systems, Inc. is the North American division of The LEGO Group, a privately-held, family-owned company based in Billund, Denmark, one of the world’s leading manufacturers of creatively educational play materials for children.  The company is committed to the development of children’s creative and imaginative abilities, and its employees are guided by the motto adopted in the 1930s by founder Ole Kirk Christiansen: “Only the best is good enough.”  Visit the virtual LEGO world at www.LEGO.com

About Lucasfilm Ltd. Lucasfilm Ltd. is one of the world’s leading film and entertainment companies. Founded by George Lucas in 1971, it is a privately held, fully-integrated entertainment company.  In addition to its motion-picture and television production operations, the company’s global activities include Industrial Light & Magic and Skywalker Sound, serving the digital needs of the entertainment industry for visual-effects and audio post-production; LucasArts, a leading developer and publisher of interactive entertainment software worldwide; Lucas Licensing, which manages the global merchandising activities for Lucasfilm’s entertainment properties; Lucasfilm Animation, which is currently producing content for film and television, including Star Wars: The Clone Wars, a CG-animated half-hour television series; and Lucas Online creates Internet-based content for Lucasfilm’s entertainment properties and businesses. Additionally, Lucasfilm Singapore, produces digital animated content for film and television, as well as visual effects for feature films and multi-platform games. Lucasfilm’s motion-picture productions include three of the 20 biggest box-office hits of all time and have received 19 Oscars and more than 60 Academy Award nominations. Lucasfilm’s television projects have won 12 Emmy Awards.  Lucasfilm Ltd. is headquartered in San Francisco, Calif.

STAR WARS, Star Wars: Rebels and related character names are trademarks and/or copyrights, in the United States and other countries, of Lucasfilm Ltd. and/or its affiliates. ©2015. TM & © Lucasfilm Ltd. All rights reserved.