Review: Monoprice’s new action camera is loaded with value for a fraction of GoPro’s price tag 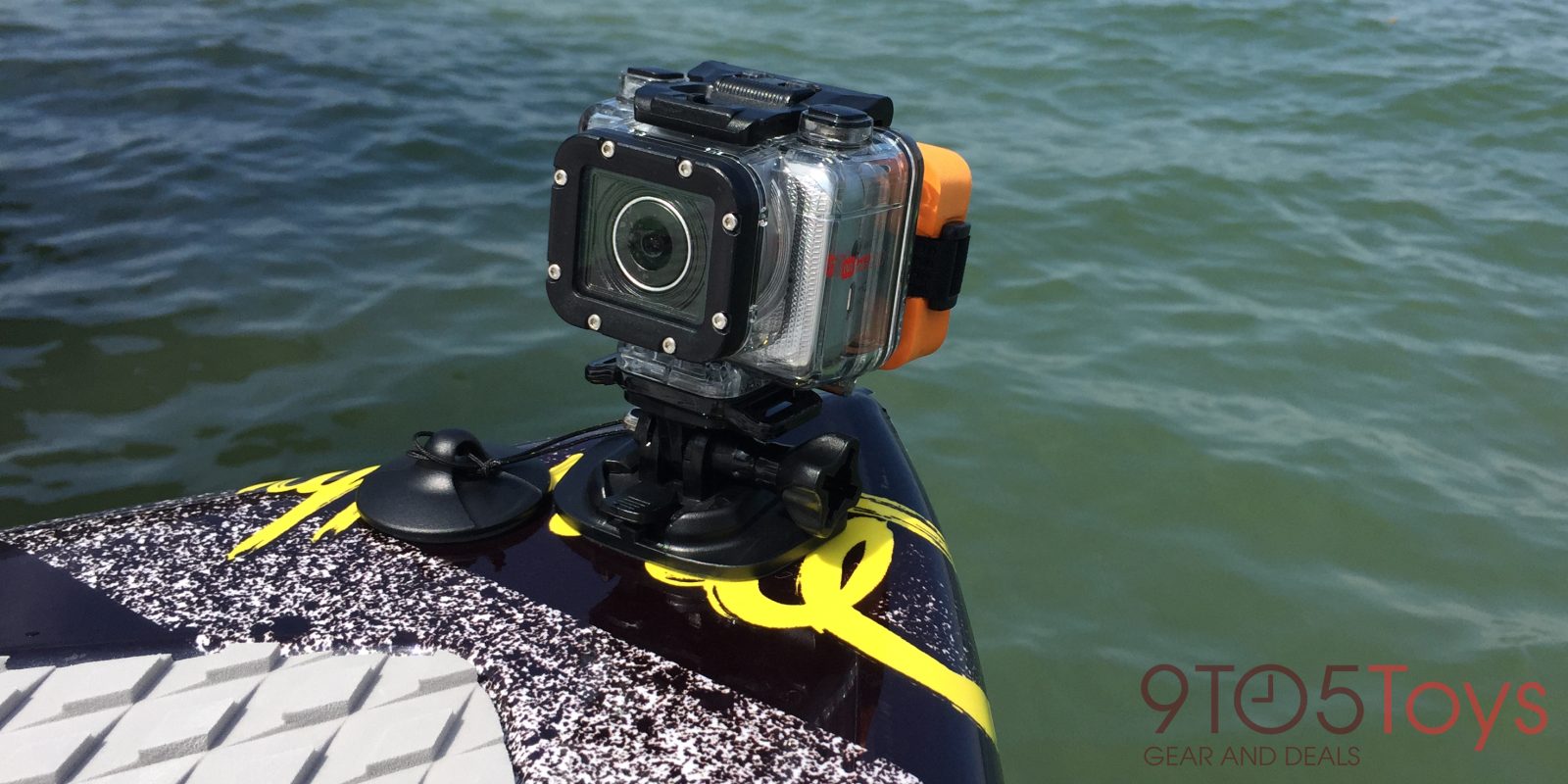 Monoprice has long been known as an excellent alternative to higher-priced electronics. After announcing its new action camera back in June, we spent some time playing around with it over the last month. With an included remote camera wearable and a price tag that is significantly less than GoPro’s lowest-priced entry point, we knew we had to check it out. 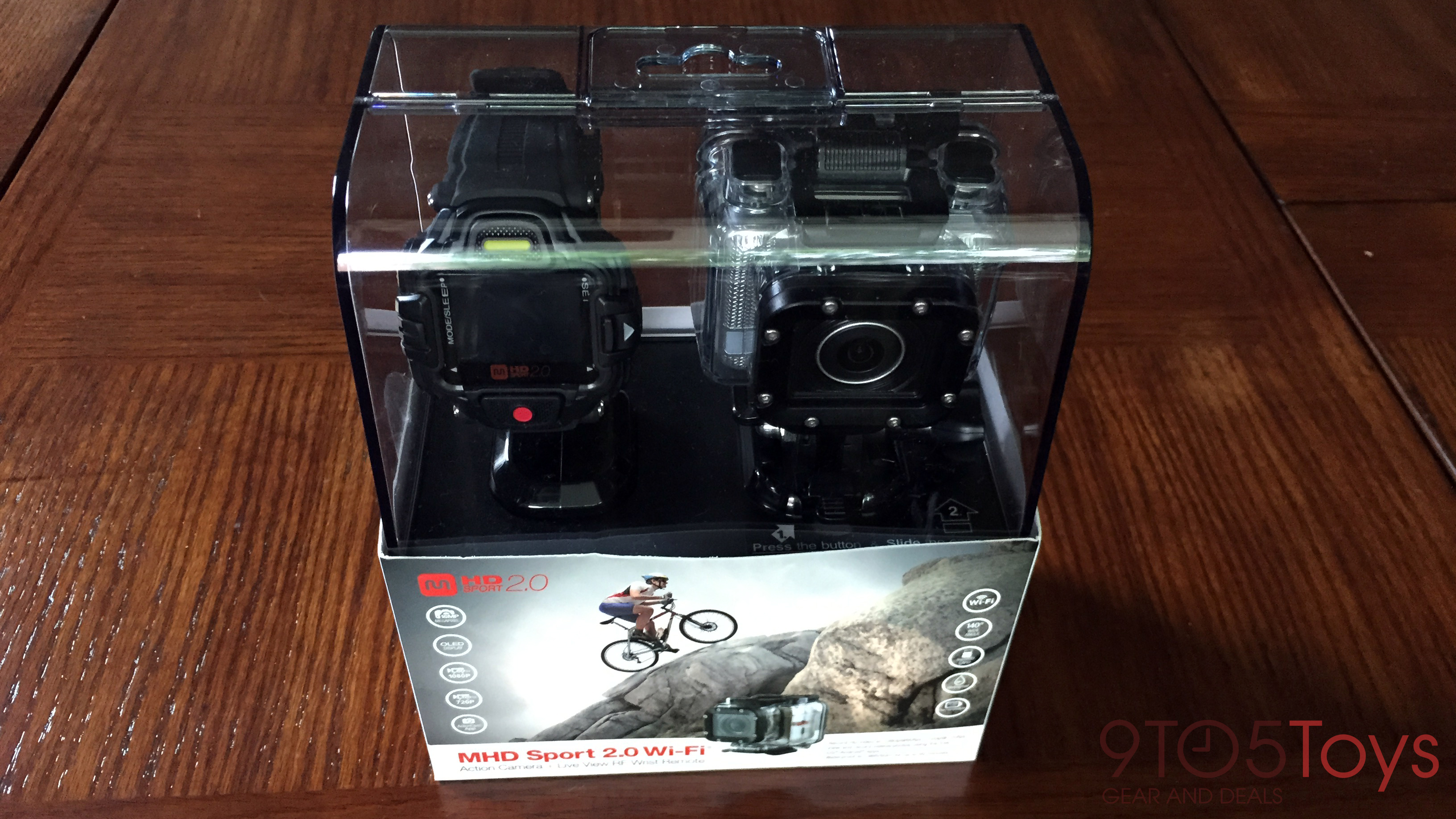 To no surprise, Monoprice does an excellent job of including most everything that you’d need to get started filming your adventures. Aside from the camera and Live View wearable, there is a waterproof enclosure with an optional vented rear door, a curved and flat adhesive mounting socket, tripod adapter, adhesive anchor and a security tether. Monoprice includes a USB wall charger (much appreciated!), a microUSB and proprietary wrist remote charging cable to round out the power accessories. 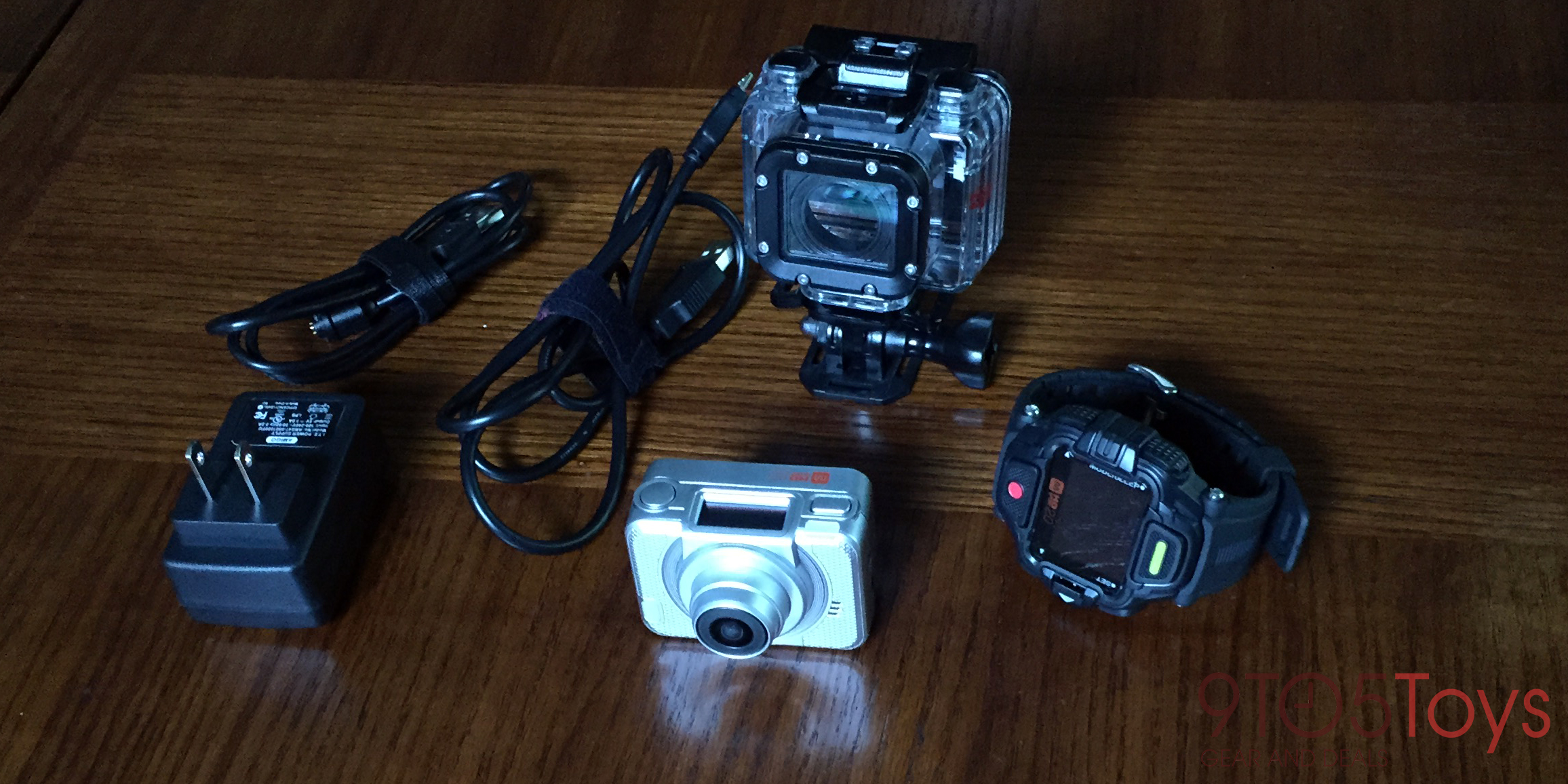 We’ll talk more about the accessories later, but the inclusion of multiple mounts and charging cables are not something to be taken for granted. We’ve opened our fair share of products to find that a wall power supply has been excluded, so that’s a nice touch.

This is the easy part: aside from putting together a couple of pieces, everything is basically ready to go. I elected to keep my camera in the waterproof housing. After installing and charging the battery, the camera was prepared for action. Monoprice ships the MHD Sport 2.0 in the housing perched atop the box, taking any guesswork out of the setup. The camera has to be removed from the plastic shell to charge or access any ports. By skipping out on some of the bells and whistles, Monoprice delivers a very simple system for changing settings and film modes. After a full charge the camera is essentially ready to go.

For this review I elected to take the MHD Sport 2.0 to our lake house over the course of a few weekends. The included curved and flat mounting sockets were ideal for our jet ski and surfboard. Installation is simple, pull back the 3M mounting tape and press the small piece of plastic onto the surface. The waterproof housing’s adapter locks into the socket with a satisfying click to ensure it has been properly attached. A small tab can be pressed to release the camera when needed. Monoprice includes an adhesive anchor that acts as a fail-safe in case one of the other mounts falls off. It attaches via a looping tether system, so in the event one were to be removed this would act as a secondary attachment to keep the camera safe. 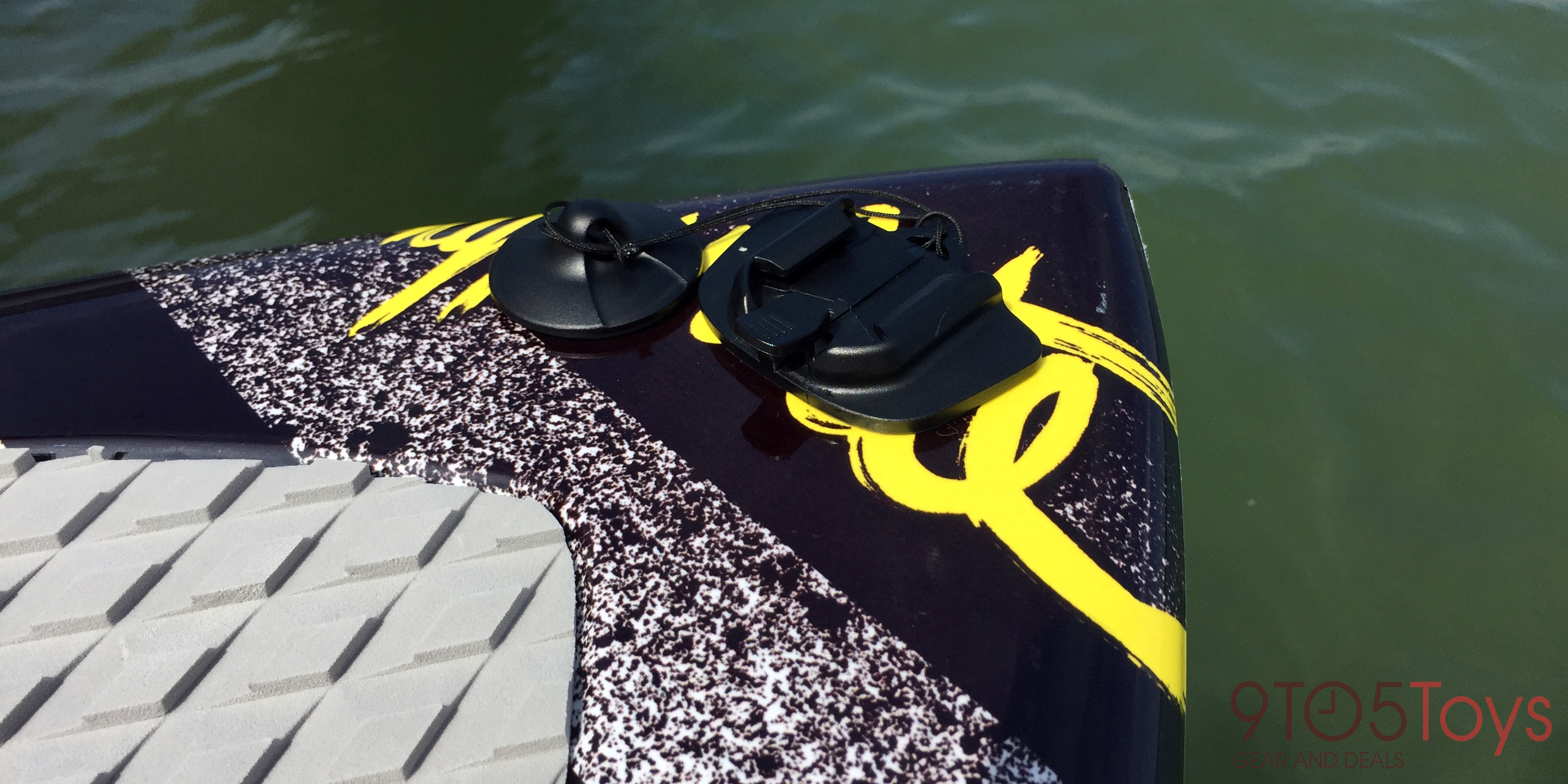 Throughout all of my testing, I never worried about the mounts coming loose. I opted to attach the camera to the nose of my jet ski, which regularly took on water at 50+ MPH and the camera held strong. Same can be said of my experience on the surf board: the camera mount would dive into the water but never showed signs of failure. Note: Monoprice does not include the optional floaty system which is highly recommended if you’re taking the camera out on the water. It’s bright orange color makes it easy to find and the floatation acted as advertised. Monoprice did supply us with one for this review, it’s a worthwhile investment.

The Live View RF Wrist Remote comes charged and ready for action. There is no pairing necessary, it simply connects to the Action Camera and is ready to go. A side port flips open for charging via the proprietary cable. I’ll talk more about the performance of the view finder later, but it is fairly straight forward.

Monoprice has opted to skip 4K this go around, opting to include full 1080p HD at 60fps or 720 at 120fps. The exclusion of 4K is not an issue in my mind, this camera is designed to undercut GoPro on price while still offering as many features as possible. Most consumers don’t have a need, or the tools, for capturing and making the most of 4K video.

In much of my filming, I opted for 720p at 120fps. The difference in the frame rate is noticeable when recording quick movement and still looks good enough on most HDTVs and monitors. Color reproduction was fairly good, a bit unsaturated at times. You can see in the video examples above (both 1080p) that some of the issues with capturing video have to do with the environment, i.e. water, and are not a reflection of the camera. The 140 degrees lens offer a slightly wider range of view without the picture looking stretched. It’s slightly noticeable but in a positive way.

The audio was fairly clear in most recording situations, although not production worthy like an external microphone, but still audible. Once the waterproof casing is added it becomes much more difficult to pickup voices and sounds. It takes on a tin-can like quality, which can be frustrating if you’re trying to capture a moment where audio would add value.

At the $200 price point, Monoprice’s action camera hit all the check boxes in terms of video quality. If you’re in the market for something top-of-the-line regardless of the setting, you’re going to have to jump up in price a few hundred dollars. 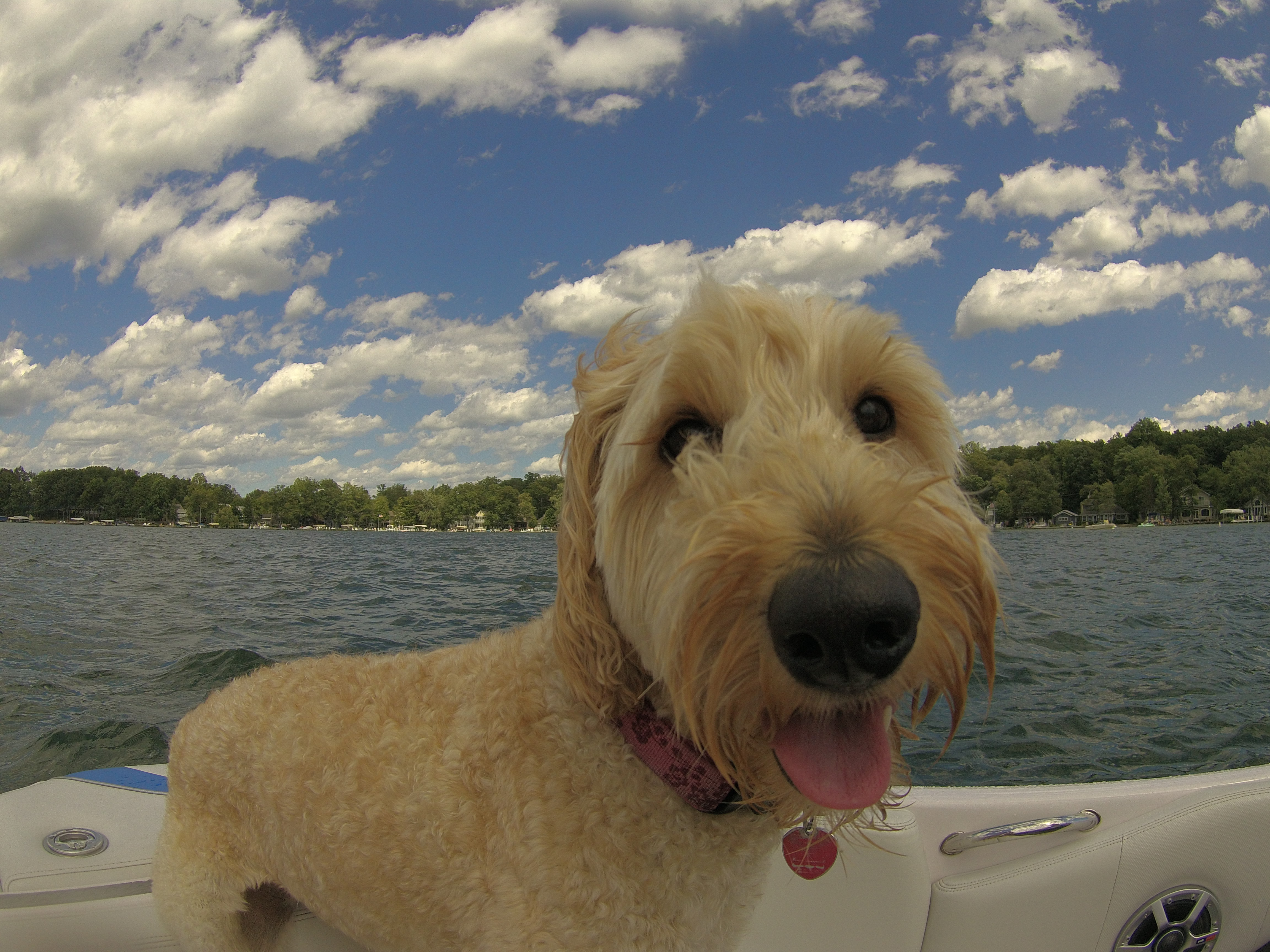 By default, 16MP still photos are going to be captured in camera mode. This can be adjusted to to 12, 8 and 5MP if needed. Most of the photos that I take as with my iPhone 6, so this function isn’t as crucial to me as being able to capture video in more unforgiving situations. I did snap some photos periodically and the quality wasn’t up to par with Apple’s smartphone in most instances. 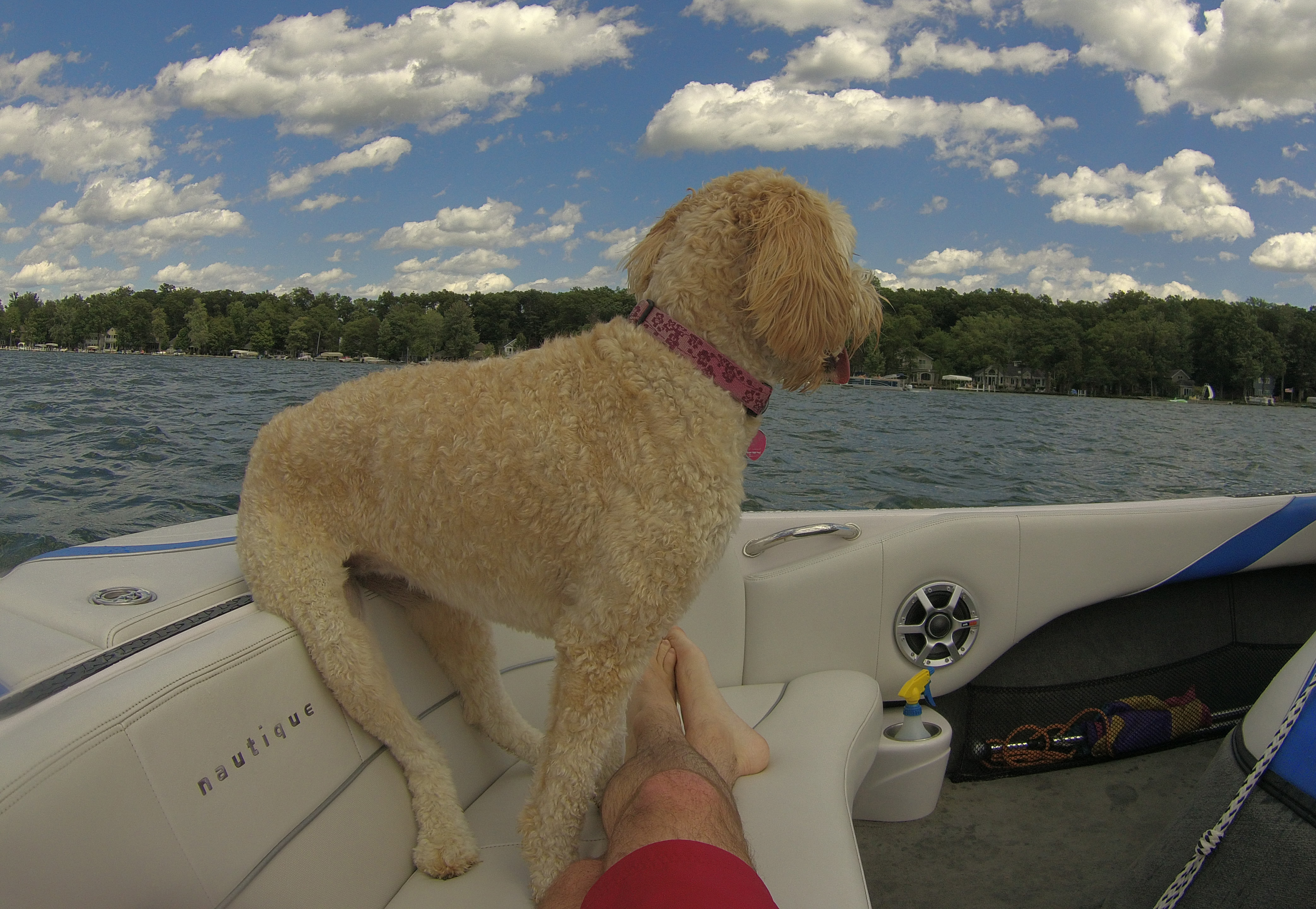 The camera performs better without the waterproof housing on. Each of the above pictures are untouched, the camera performed well in these outdoor scenarios when good lighting was present. I go back to the purpose of the camera: it’s a great alternative to taking out your smartphone in potentially hazardous situations. If I’m trying to grab a photo of our dog in the water, I’m going with the action camera every time. The sacrifice in quality isn’t an issue for me if the trade-off is replacing my waterlogged iPhone. 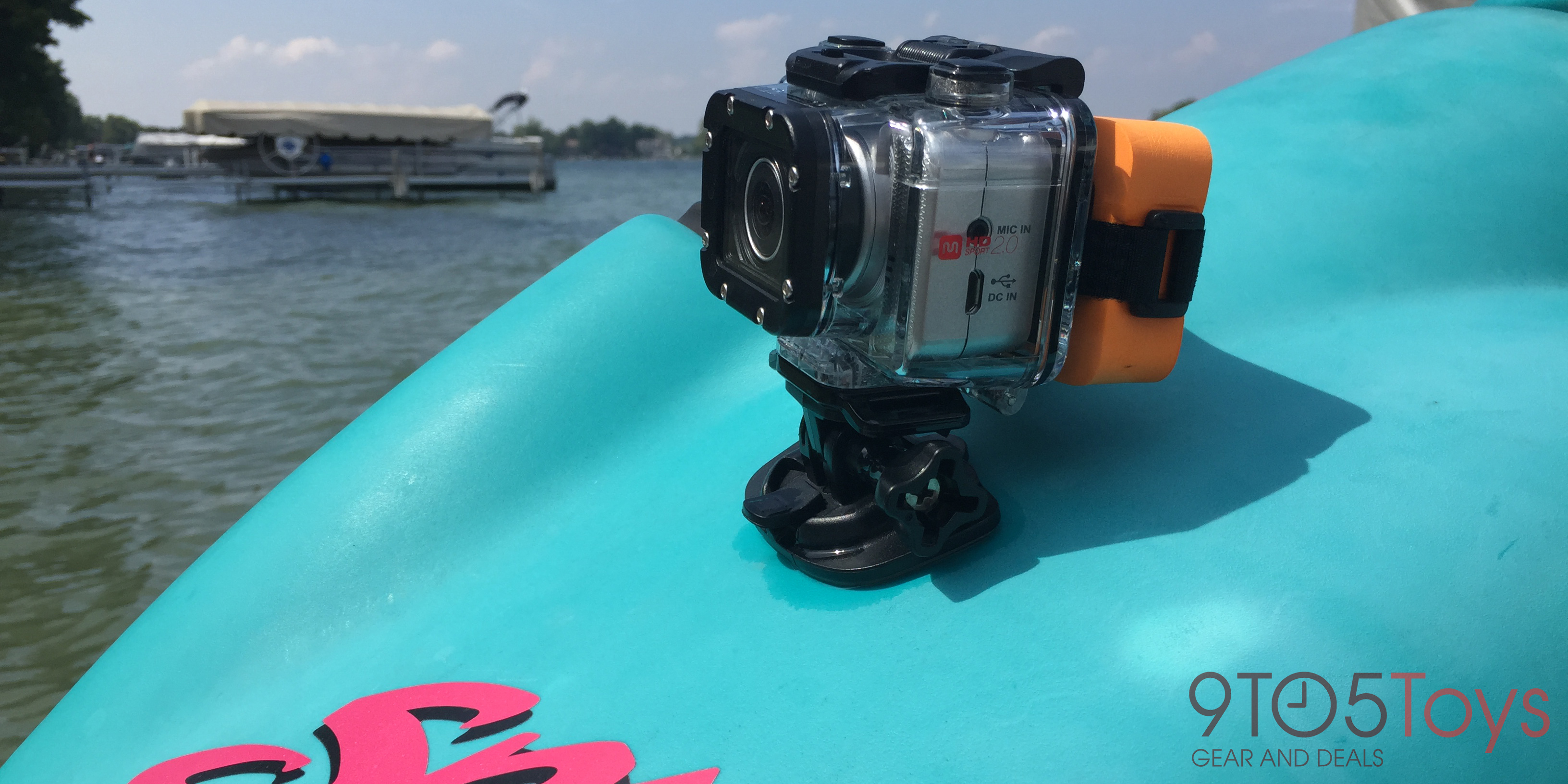 The wearable is an interesting piece to the puzzle. While this was initially a standout feature that seperated Monoprice’s camera from GoPro, that is no longer the case. If you were watching the Apple Event on Wednesday, you noticed that GoPro has added support for Apple Watch now. Both are capable of showing a live look-in at what you are filming. GoPro’s advantage is the sexiness of the Apple Watch, on the other hand Monoprice wins again on cost. The Live View Wearable is included with the action camera, this is a huge bonus in my eyes. 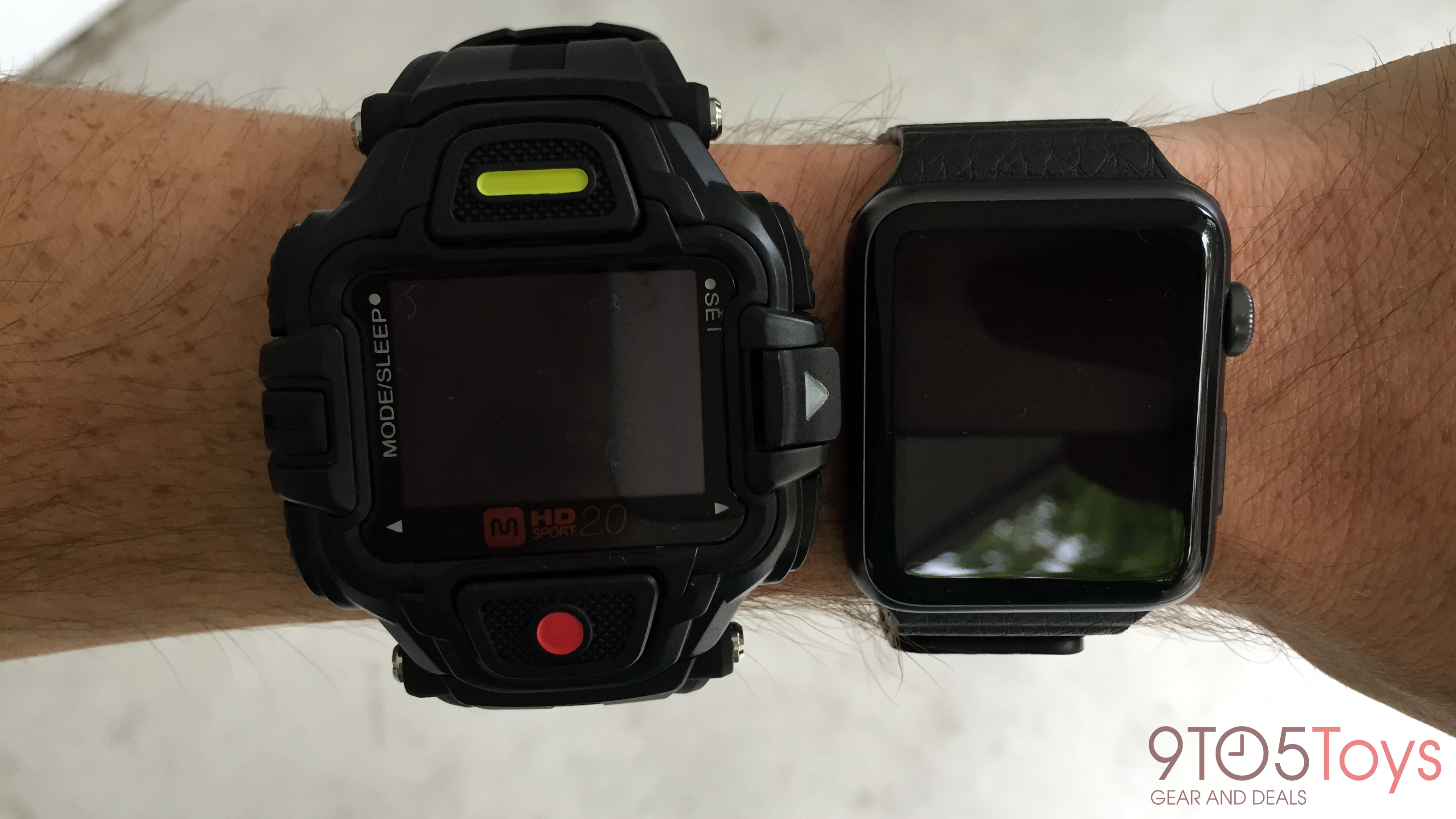 It offers easy record/pause access, a timer, watch functionality and is completely waterproof. While it’s not completely necessary for recording, I felt like it was a great added value to the setup. Being able to start and stop recording while still in the water was a huge bonus for me.

I have not been an early adopter into the action camera movement. Perhaps, my life doesn’t have enough risk to warrant that need. However, it is clear that our readers are very much interested in this product category. If you’re like myself and just getting into the world of action cameras, I think the Monoprice option is an ideal entry-point. It offers a ton of value without a high-price commitment.

Even though we often see discounted prices on previous-generation GoPro cameras, it does have the added value of the wearable. At $199.99, it sure is hard to go wrong with this option from Monoprice.