Garmin has announced three new Forerunner wearables to its line-up of fitness trackers. But this isn’t like the previous generation models from Garmin. These new wearables include a larger color display, thinner bezel and enhanced fitness tracking capabilities. The days of Garmin’s bland designs are gone…

First up is the Forerunner 230 ($299) and the sightly larger 235 ($329). Both models sport a color display that is 44% bigger than previous generation models. Garmin has also slimmed down the bezel around the screen, for a more slender look. The 235 also sports a built-in heart rate monitor, which is Garmin’s first product to include this feature within the wearable. For a slightly cheaper price, the 230 drops the integrated heart-tracker and relies on the ANT+ strap, which comes with the wearable.

Garmin uses the Connect IQ ecosystem to operate the 230 and 235. It can be tweaked with apps and customizable watch faces. It works with your iOS or Android device via the Garmin Connect app. The smaller 230 wins the battle on battery life with 16 hours of estimated usage, while the 235 can go for a paltry 11 hours.

The Forerunner 630 has the same display as the other two models but is instead loaded with fitness tracking features. It is capable of measuring your running efficiency, cadence and ground contact. Much like the other two models announced today, the 630 operates on the same Connect IQ operating system but adds Bluetooth and Wi-Fi to the mix. It is water resistant and is rated for 16 hours of use on a single charge. 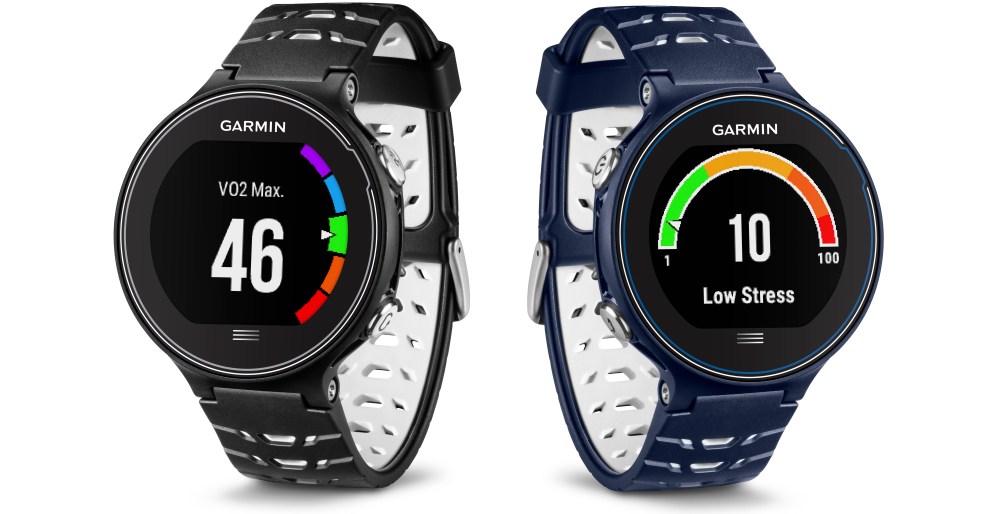 The added feature set will set you back: Garmin’s 630 fitness tracker has a retail price of $399. Each of the models announced today will be available by the end of the year, according to Garmin.