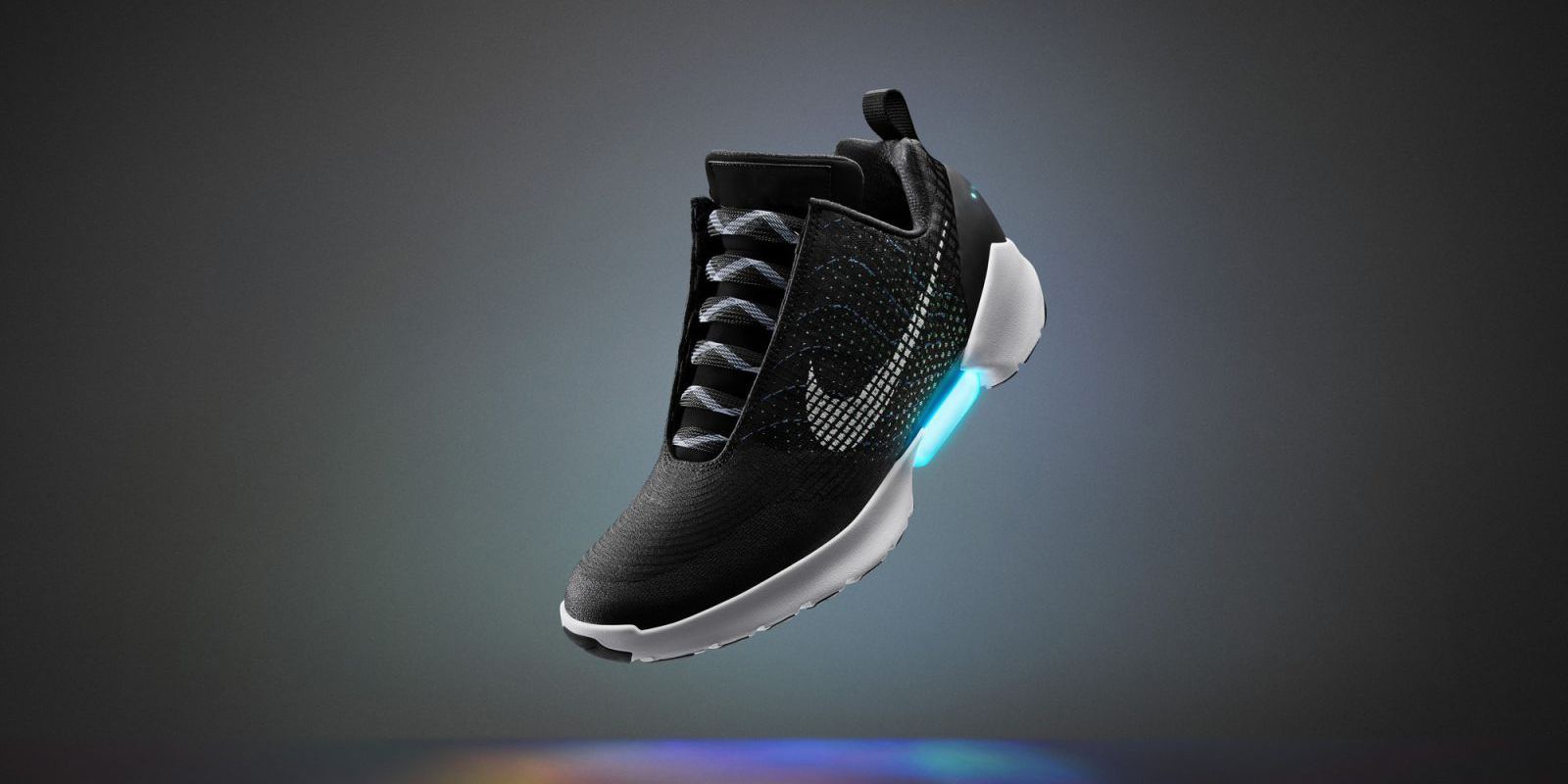 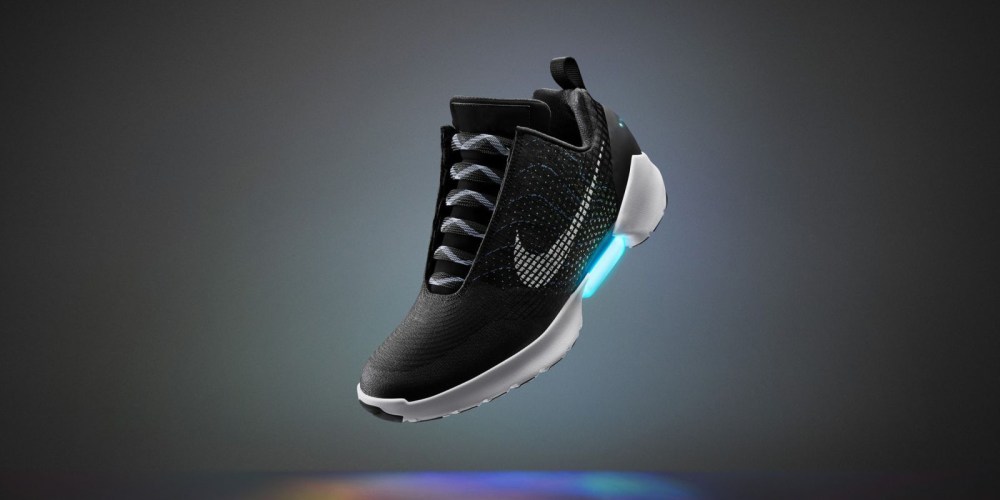 Nike has detailed its first pair of self-lacing shoes that will be widely available for purchase. The HyperAdapt 1.0 was announced a year after the popular shoemaker revealed its modern day version of Marty McFly’s iconic kicks. Although pricing has yet to be announced, we can guarantee that these bad boys won’t be cheap. Head below for full details and to see them in action.

As we detailed in our previous coverage of Nike’s self-lacing aspirations, the brand has been sitting on a patent since 2009 for this technology. Nike has yet to dive into the details on how the system works but we can get a sneak peak from its government filings: 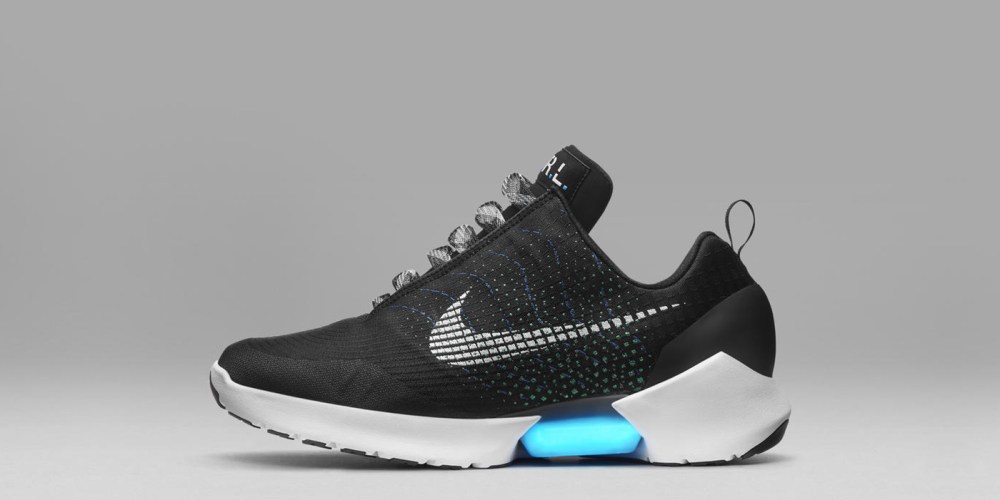 Somewhere within the shoe is a dedicated motor that dictates how the laces move and retains a tight fit around the foot. The is a small plus or minus control panel on the side that allows users to adjust as needed. Nike’s dramatic teaser video provides a quick glimpse at the technology in action…

Aside from the self-lacing tech, the HyperAdapt’s have a few other lust-worthy features. There is a built-in light on the arch that softly glows with accent colors. As noted in Jacque Slade’s hands-on YouTube video, the sole of the shoe likely uses Nike’s Cushion instead of Lunarion. The first run will come in three basic colors: white, gray and black. Initial availability is slated for the Nike+ app ahead of the holiday season later this year.