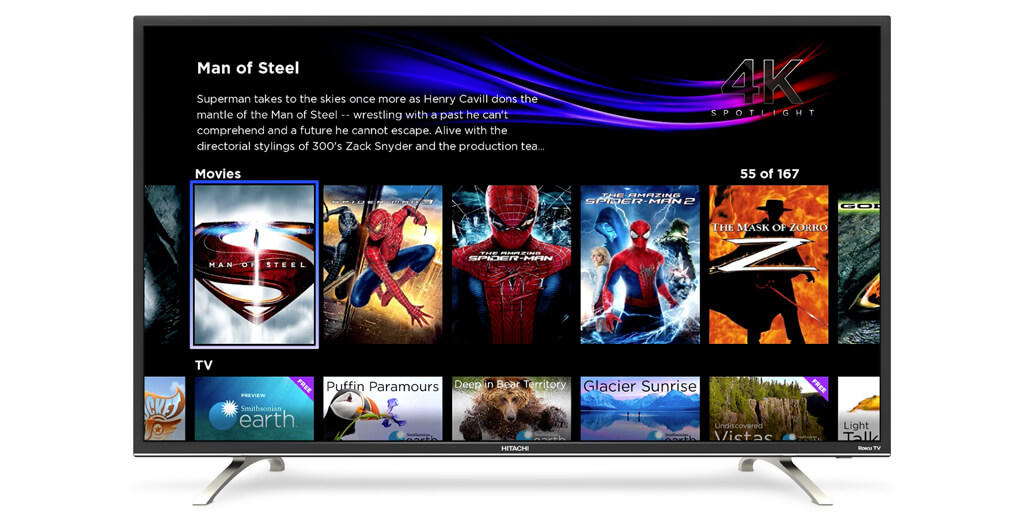 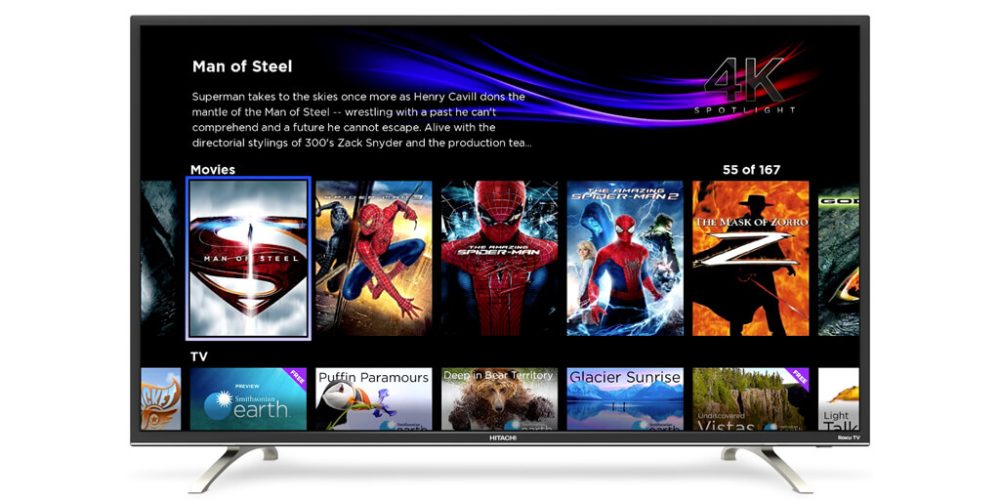 Roku has announced three new Hitachi 4K Ultra HDTVs with its smart platform built-in. Although the low-end market is crowded with options, Hitachi hopes to set itself apart in two ways. First up, is the design. These new 4K models have one of the more attractive designs that we’ve seen in the $300-$600 range. Hitachi will also lean heavily on Roku’s popular software and its massive catalog of over 3,500 streaming channels and 350,000 movies/TV episodes.

The combination of which results in one of the lowest cost options for consumers to access 4K content. As of now, there are 13 services available on the Roku platform that offer high resolution shows or movies including Netflix and Amazon Video. Set to launch later this month, the 55-inch model will sell for $599, while the larger 65-inch is listed at $999 and the 50-inch variety at $499.