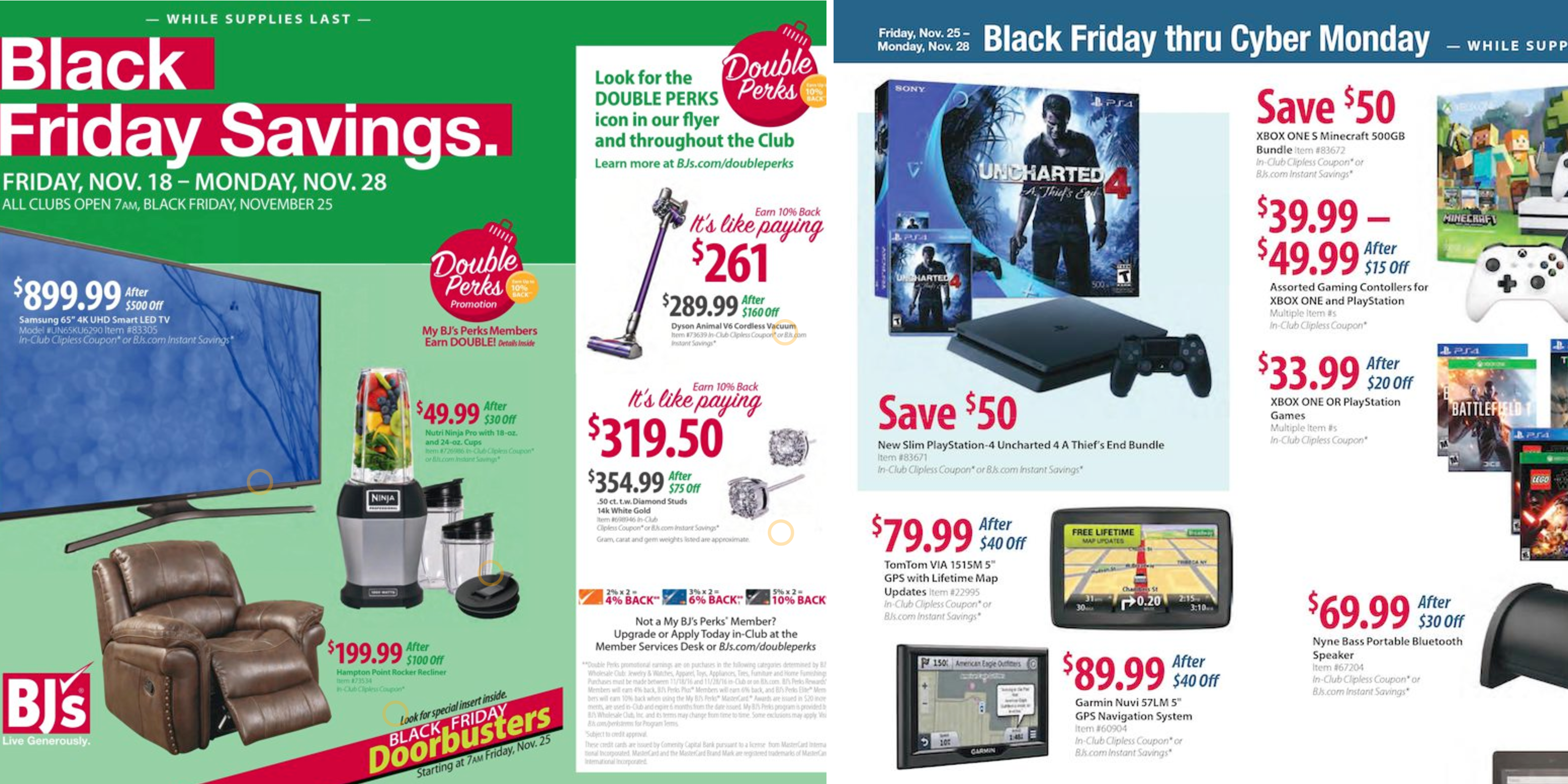 After Black Friday 2016 flyers leaked online from Kohl’s and Sam’s Club, we are now seeing most of what BJ’s will have to offer over the next month or so. Much like Sam’s Club you’ll need a membership to shop at BJ’s, but we are seeing a number of notable deals on HDTVs, gaming consoles, Roku, and various Xbox One and PS4 titles. And we currently have a one-year BJ’s Wholesale Inner Circle membership w/ a $25 gift card for $40 ($75 value).

BJ’s will be running a sale from November 18th until the 28th, followed by doorbuster deals which start at 7am on November 25th. You can use this handy tool to locate your neatrest brick and mortar location. While the leaked flyer is missing a few pages, we have confirmed a couple of the doorbuster deals:

And here some more notable deals we spotted in the flyer:

Be sure to hit up our Black Friday 2016 Guide for all the best deals over the holiday season. Follow us on Twitter and give our Facebook page a like to make sure you never miss out.