Nintendo’s $60 NES Classic Edition w/ 30 pre-loaded games is now available, here’s where you can buy it 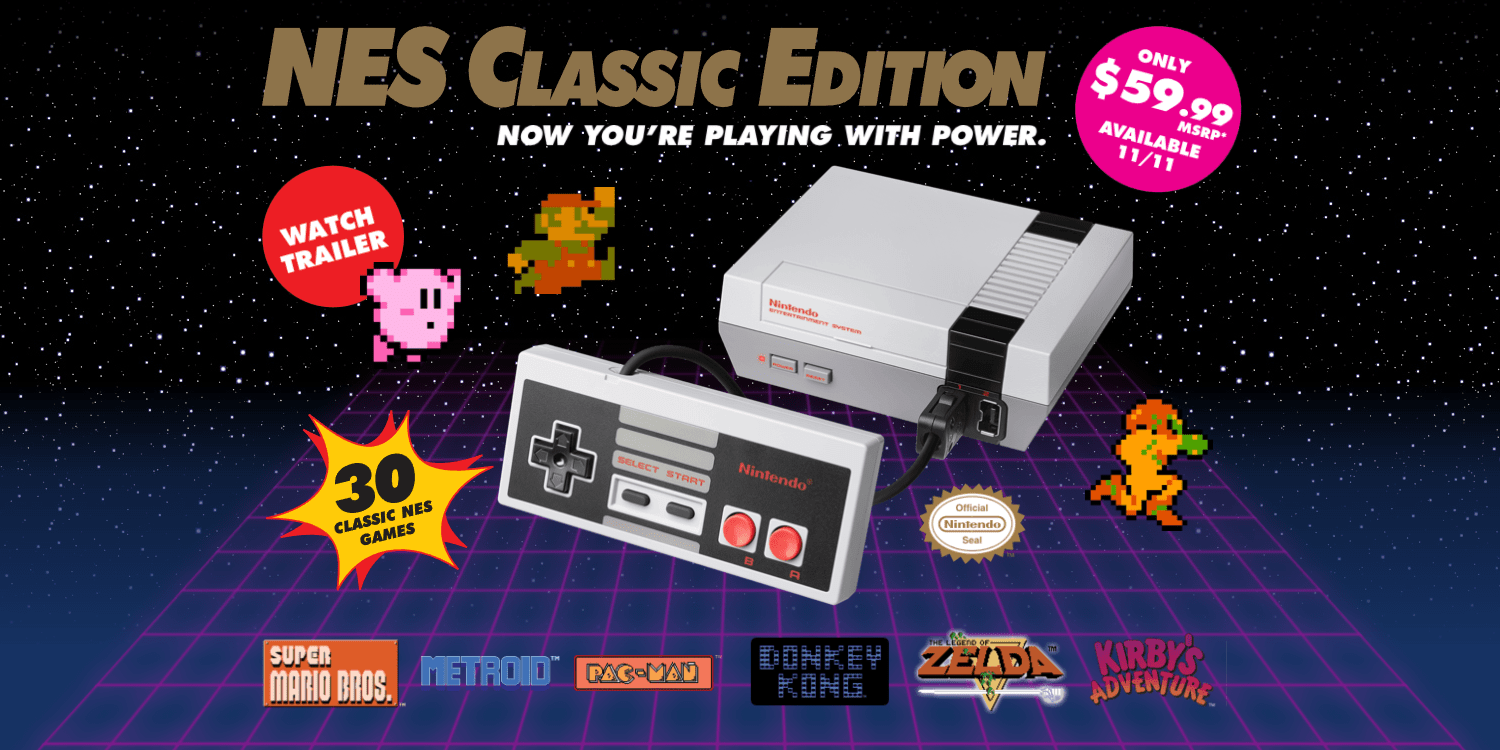 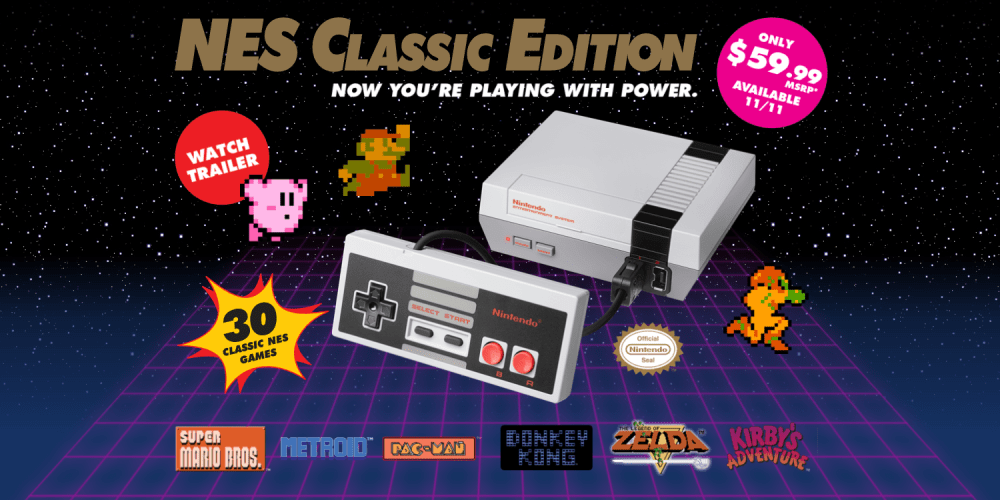 Update (11/14 4:00pm): Walmart has announced it will have the NES Classic Mini in stock every day at 5pm ET from now through November 18th. But as expected, stock will be limited so be sure to get ready to go before 5pm.

Update (11/11 4:00pm): Here we go. This is your golden chance to score a Nintendo NES Classic Edition. Amazon will have limited quantities available in about an hour. Get on the product page now and refresh like crazy when the clock strikes 5pm EST/2pm PST. Traffic will be heavy so make sure you’re patient if it isn’t showing up as in-stock. We’d be surprised if stock lasts longer than a few minutes.

On a separate note, Nintendo has announced on Twitter that it expects to ship additional consoles to retailers “through the holiday shopping season and into the new year.”

Nintendo brought delight to gamers everywhere when it suddenly announced the return of its iconic NES console. It’s been shrunken down into a miniature form and is compatible with your HDTV. Nintendo pre-loaded it with 30 classic games, including Super Mario Bros., Donkey Kong, Pac-Man, Zelda, Mega Man and more. With a retail price of just $59.99, there’s no doubt Nintendo’s latest console will be a hot product this holiday season.

The NES Classic Edition officially hits shelves this morning. For the most part, gamers weren’t able to pre-order the console so there are bound to be long lines at stores. If you’re hoping to do some retro gaming this weekend you’re probably going to have to do some hunting. Head to your local Best Buy, Target, Walmart, Toys R Us or GameStop location first thing today. If you strike out, be sure to consistently check online inventory because retailers are expecting restocks. Some 24-hour Walmart stores began selling it right at midnight, so those locations are probably picked over by now.

Dell is slated to have a limited quantity available this morning beginning at 11am EST (8am PST).

And what about Amazon? Well, they’ve announced that a limited amount of Nintendo’s NES Classic Edition will be available for purchase today at 5pm EST (2pm PST). Inventory is expected to go quick so make sure you’re ready by updating your shipping and credit card information. Amazon has instituted a limit of 1 console per customer and disabled 1-Click Ordering. This may be your best chance to get the new NES without having to stand out in the cold for hours. We will send a reminder tweet right before the console goes live so make sure you’re following us on Twitter.

For those of you who are able to buy the NES Classic Edition, here are a couple must-have accessories for the new console:

The controller extension cable and wireless option are super important since for some unknown reason the bundled controller’s cord is only about 30-inches (!) long. Nintendo also offers an extra controller for $9.99, but at this point it’s harder to track down than the actual console and it may not be readily available for awhile. You may just want to get your pre-order in for the third-party wireless option so you can at least play alongside friends some time relatively soon.

Looking to really get into the retro spirit? Grab the amazing Playing With Power: Nintendo NES Classics book for as low as $15 Prime shipped. For more info on this release, click here.

Whether you have fond NES memories or want to introduce yourself and your kids to the video games that made Nintendo a household name, you’ll love the compact and attractive console. The hub of the NES Classic Edition is the HOME Menu, which can be used to access all 30 of the classic NES games. From here, you can adjust various settings or just dive into a game and start playing. To help locate games quickly and easily, you can press the Select button to sort by title, two-player games, recently played games, number of times played, release date and publisher.

To make sure every Goomba stomp looks as authentic as possible, all games can be played in three display modes. With the CRT filter, a scan-line effect is added to the screen to give everything that oh-so-retro look and feel. 4:3 is a sharp, clean look that adheres to the original aspect ratio used by the NES. And when playing in Pixel Perfect mode, every pixel is shown as a perfect square, providing the most accurate representation of the games as they were originally designed.