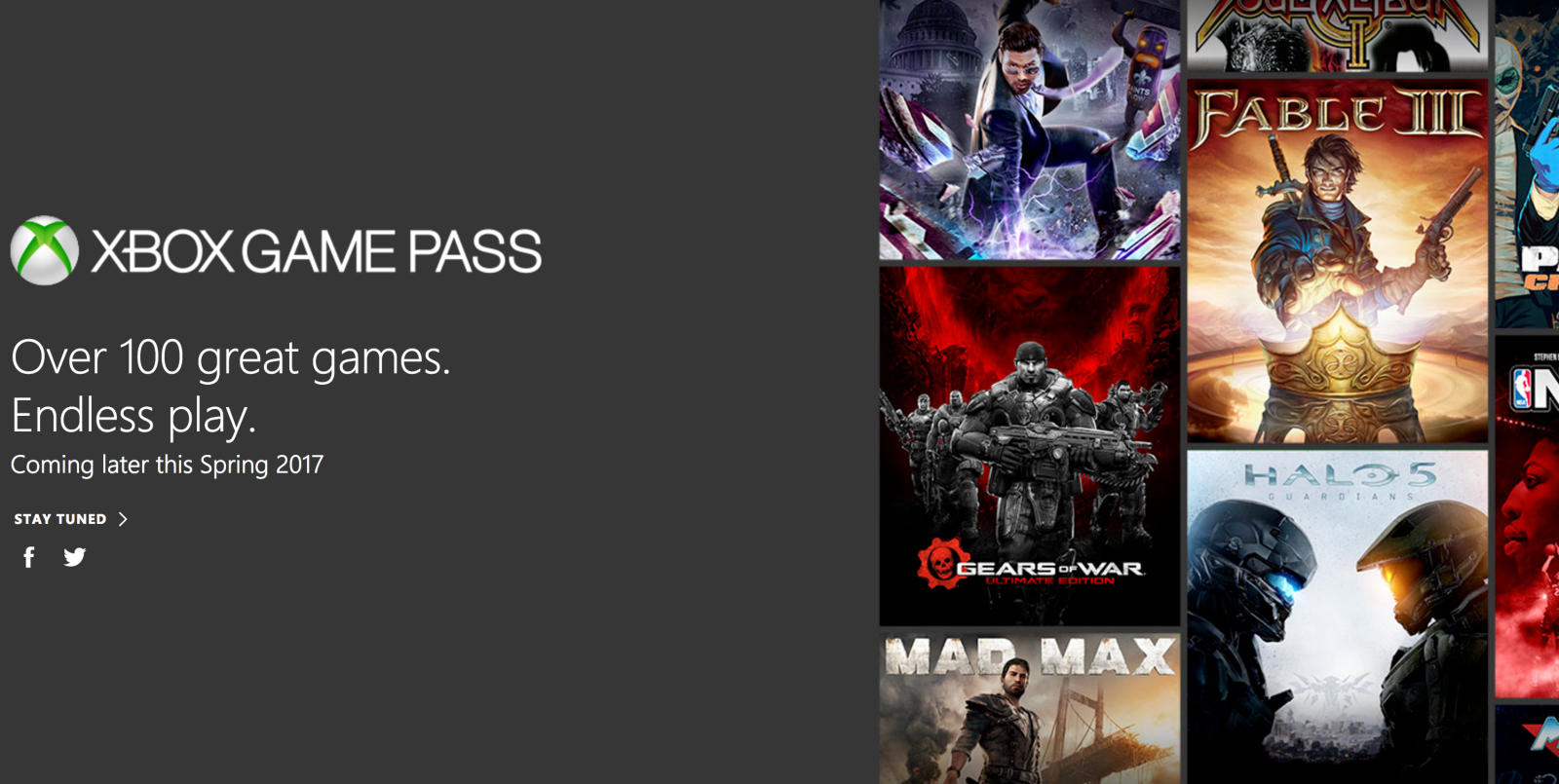 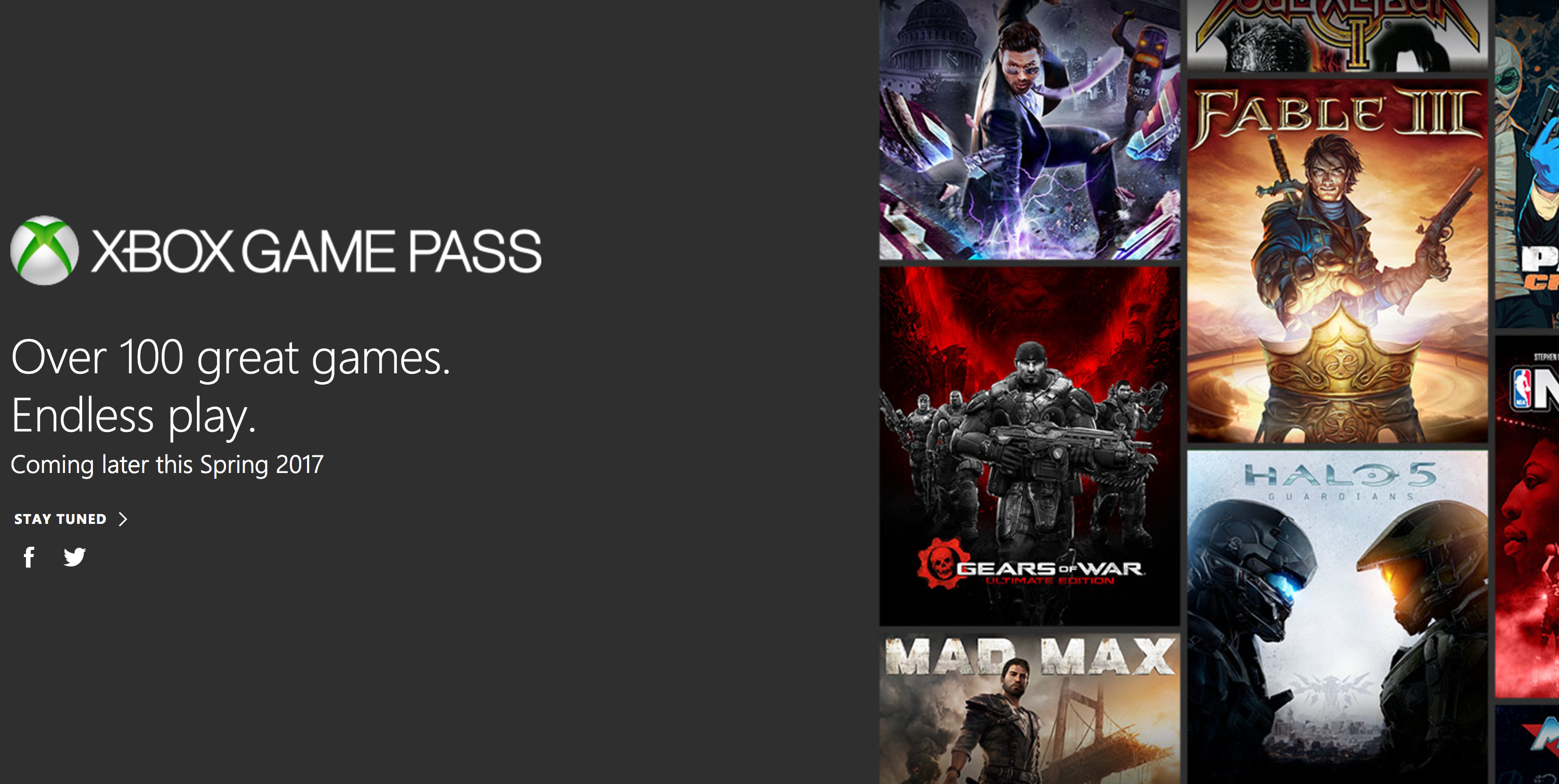 Ahead of the release of Project Scorpio, “the most powerful console” the Xbox family has ever seen, Microsoft is launching a new subscription service. Xbox Game Pass is coming later this Spring and will offer full access to over 100 Xbox One and backwards compatible 360 titles for $9.99 a month.

As expected, titles will cycle in and out of the service. Despite being able to download all of the games to avoid streaming/connectivity issues, it sounds as though they will only be playable until they get cycled out. However, Game Pass subscribers will be able to purchase said titles at a discounted rate if they want to permanently add them to their library.

While the viability of the service will almost certainly depend on the titles available here, Microsoft is already name dropping some top notch publishers: “2K, 505 Games, BANDAI NAMCO Entertainment, Capcom, Codemasters, Deep Silver, Focus Home Interactive, SEGA, SNK CORPORATION, THQ Nordic GmbH, Warner Bros. Interactive Entertainment and Microsoft Studios” are all involved with Game Pass in some way or other. The only confirmed titles are Halo 5: Guardians, Payday 2, NBA 2K16 and SoulCalibur II, but it looks as though we will be getting the Mega Man Collection, Fable 3, Mad Max, Gears of War and more.

Members of the Xbox Insider Program will get early beta access, while the rest of us will have to wait until the “Spring”. No official dates have been set just yet.

And for all of the best deals across every platform every day of the week, hit up our Games/Apps Guide. 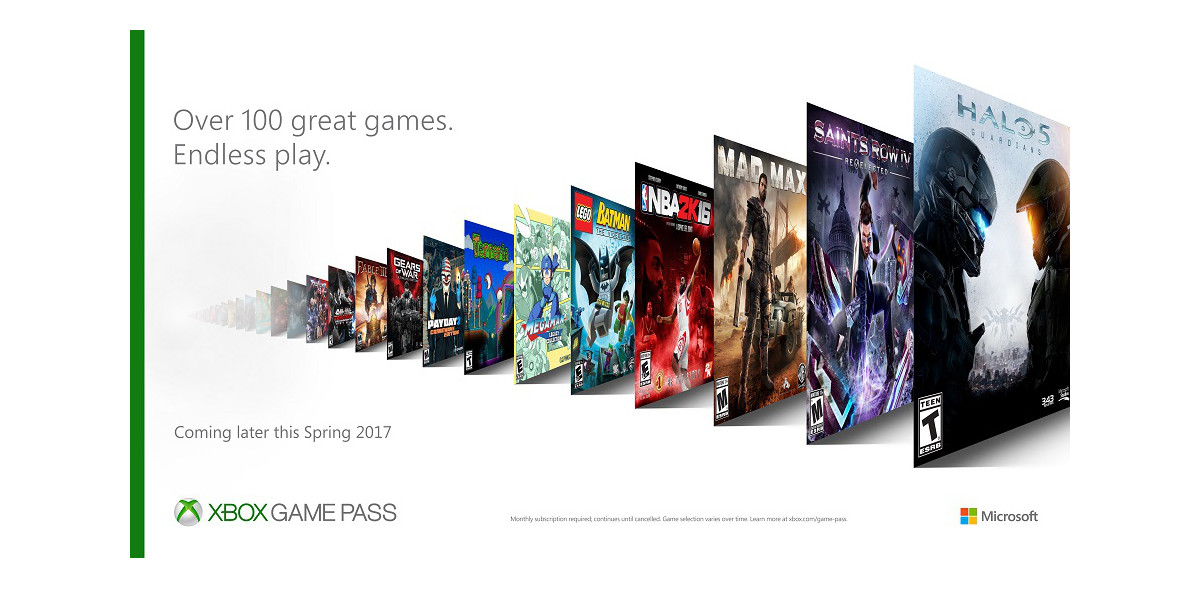 Today, we’re continuing our commitment to give you more options to diversify and expand your library of games with Xbox Game Pass, a new gaming subscription service coming later this spring. Xbox Game Pass gives you unlimited access to over 100 Xbox One and backward compatible Xbox 360 games – all for $9.99 per month.

With great games from top industry publishers such as 2K, 505 Games, BANDAI NAMCO Entertainment, Capcom, Codemasters, Deep Silver, Focus Home Interactive, SEGA, SNK CORPORATION, THQ Nordic GmbH, Warner Bros. Interactive Entertainment and Microsoft Studios, there’s something for everyone to enjoy and you will always find something exciting to play across a variety of genres. Some of the fan-favorite titles coming to Xbox Game Pass when it launches to the broader Xbox community later this spring include Halo 5: Guardians, Payday 2, NBA 2K16 and SoulCalibur II.