Celebrate Pi Day with us by cashing in on savings on Pizza, Movies, $100 off Xbox One, and much more! 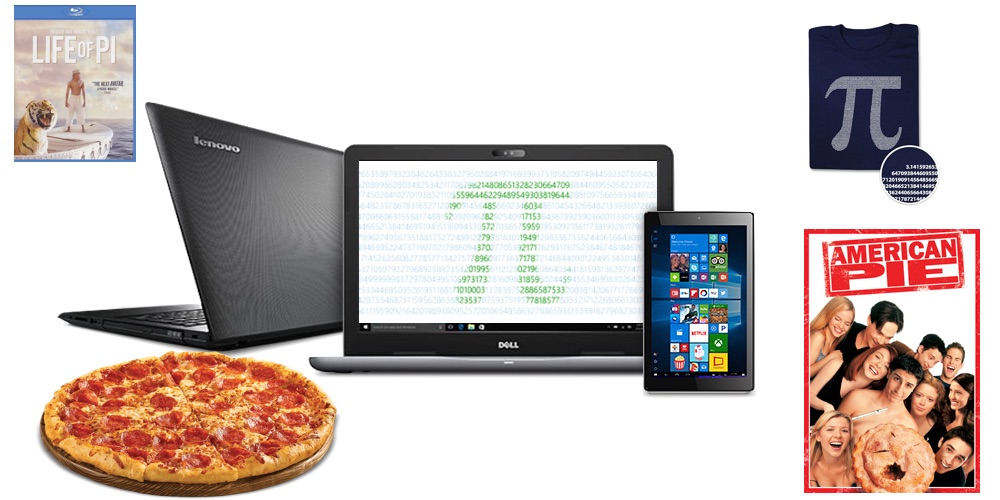 March 14th is the one day of the year that we celebrate the mathematical constant π (pi). There are many different ways to celebrate this day. Retailers like Best Buy and Microsoft are offering savings on tech and even 3.14 related Blu-rays too. So you can bake a pie in the shape of Pi or just cash in on the savings we’ve rounded up below:

Pi Day has been observed in many ways, including eating pie, throwing pies and discussing the significance of the number π, due to a pun based on the words “pi” and “pie” being homophones in English, as well as pies tending to be round, and thus related to π.

Massachusetts Institute of Technology has often mailed its application decision letters to prospective students for delivery on Pi Day. Starting in 2012, MIT has announced it will post those decisions (privately) online on Pi Day at exactly 6:28 pm, which they have called “Tau Time”, to honor the rival numbers pi and tau equally. In 2015, the regular decisions were put online at 9:26 AM, following that year’s “pi moment”.