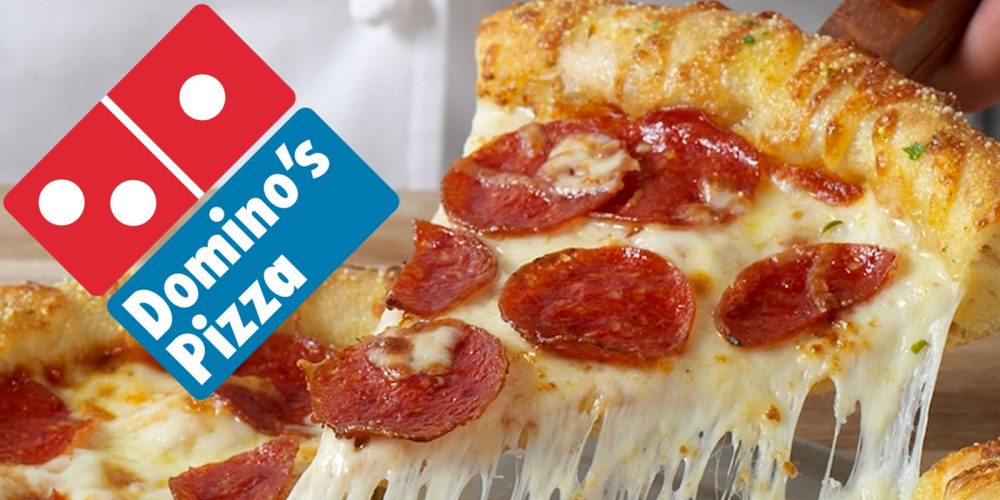 Starting today and going through March 19th, Dominos is offering Buy One, Get One Free pizza when you order online and carry out. The free pizza must be of equal or lesser value than the purchased pizza and you can order using the iOS or Android app as well as at Domino’s site. We typically only see percentage off coupons from Domino’s and this is the first BOGO offer we’ve seen.

“We wanted to give college basketball fans a special deal as they’re gathering around the TV to watch the first week of tournament games,” said Jenny Fouracre, Domino’s spokesperson. “Now basketball fans can carry out two pizzas for the price of one when they use Domino’s digital ordering channels.”

College basketball’s tournament month is a busy time for Domino’s, especially near the end of it. Domino’s sold more than 2 million pizzas during the 2016 semifinals and championship game night combined – enough to give 31 pizzas to each person attending the final game in Phoenix this year.

“While college basketball teams across the country compete for a spot in the finals, Domino’s team members are preparing in their own way,” said Fouracre. “It takes training, focus and hustle to handle the game day rush and Domino’s store team members are gearing up to make great-tasting pizzas even faster than they normally do.” 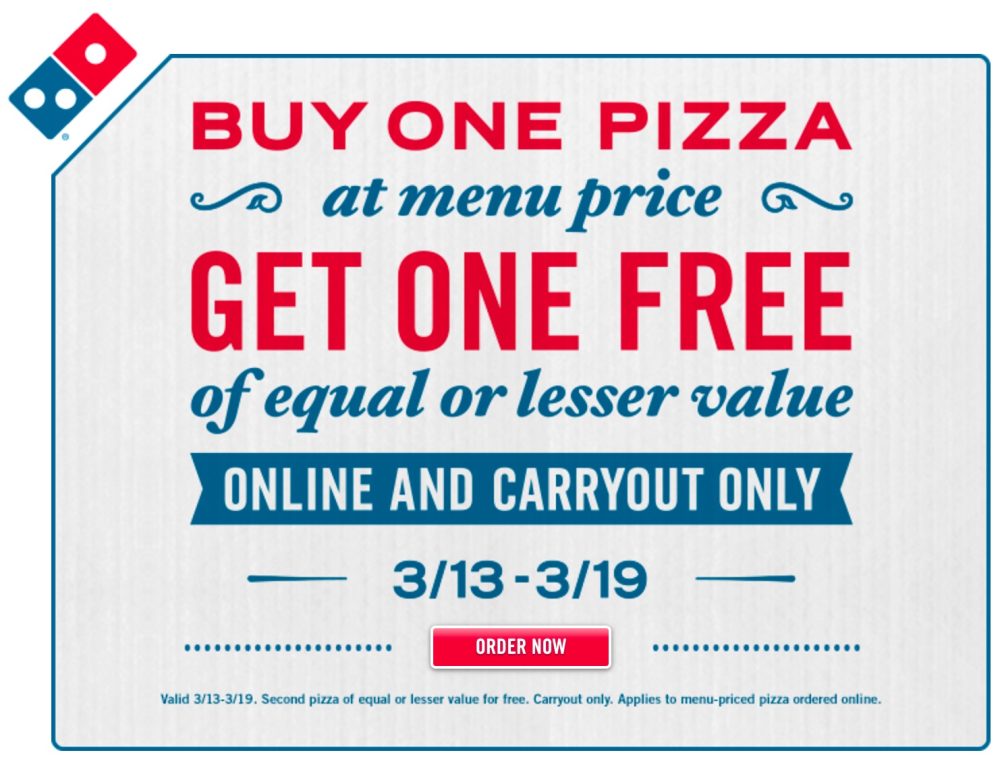