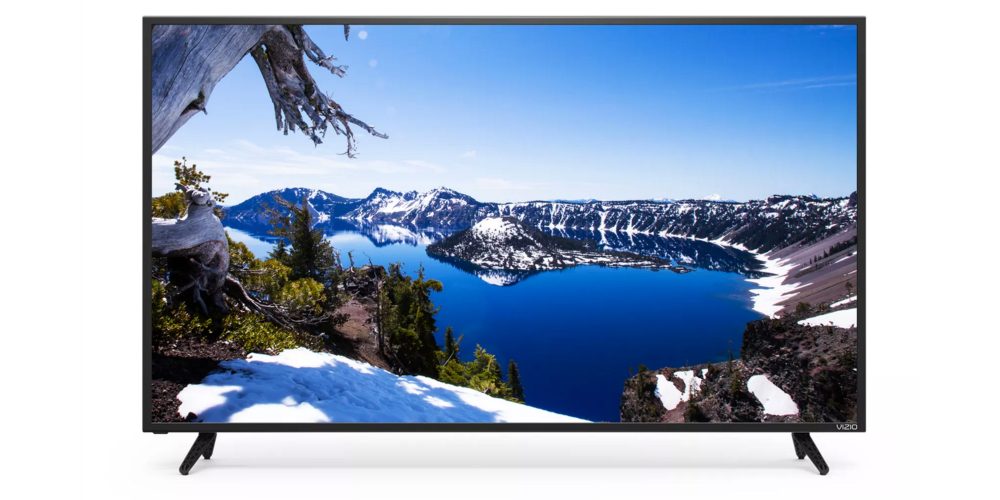 While LG has dominated the high-end TV space with its gorgeous OLED technology there has been plenty of competition brewing at lower price points. The reality is that bargain HDTVs remain one of the most popular buys throughout the year but especially during the holidays. In an attempt to carve out an even greater market share, VIZIO is today unveiling its new 2017 D-Series Smart TV Collection that includes very attractive pricing and all of the specs you’d hope for in a bargain buy.

VIZIO’s new lineup starts at $140 for the 24-inch model while the top-end comes in at $900 for a 65-inch 4K set. Nearly all of the sets in today’s announcement include smart functionality, which has become a staple in today’s TV market. Each model is powered by a built-in V8 octa-core processor and supported by 802.11ac Wi-Fi. VIZIO’s Internet Apps Plus software suite brings access to all of the usual services including Netflix, Hulu Plus and others. While not as robust as LG’s webOS 3.0, it still gets the job done for the price.

The bright spot for most consumers will be the 55-inch 4K model that will sell initially for $570. You can bet that by next Christmas, it will be retailing for under $400. These aggressive prices are what’s going to move 4K TVs and content into the mainstream. Consumers have been leery to spend $1,000+ on a new TV when there is little advantage over a 1080p set that works just fine for their needs. Aggressive pricing below $500 is certain to change that over the next 12 months. 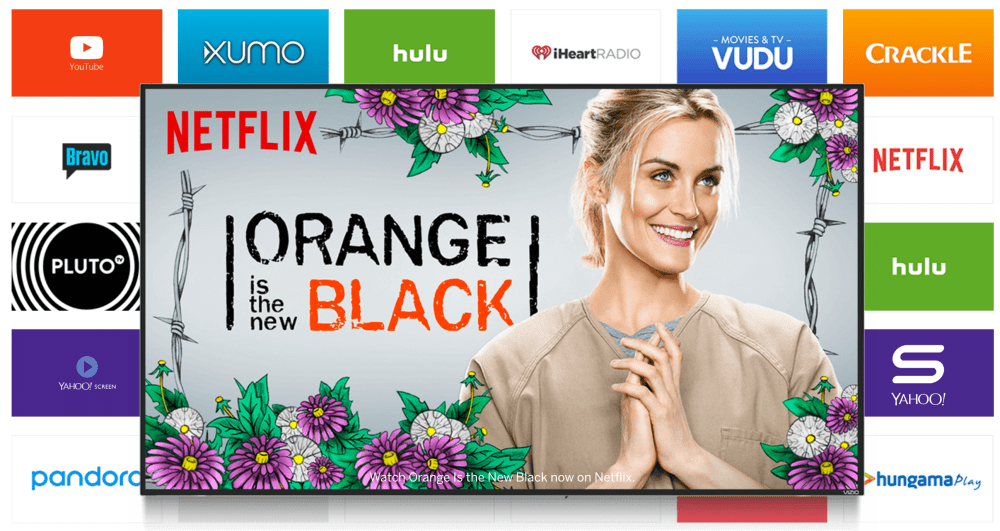 Sure, these new VIZIO sets miss out on features like HDR and OLED but it opens up a new world of possibilities for shoppers. Most notably, this will be an excellent route for PlayStation Pro users that are on a budget. The same can be said for someone looking to enter the world of 4K Blu-ray content.

If you’re in the market for a new TV, but need more features than VIZIO is offering on the D-Series, there are a few options worth considering. We’d recommend checking out the M-Series, which brings an attractive design alongside HDR functionality and a unique Android-powered touchscreen remote. Best Buy is currently offering the 50-inch model for $650.

The new VIZIO D-Series will be available for purchase in the coming days at Target, Best Buy and Walmart. It will run you $420 to crack into the 4K lineup with a 42-inch display and the aforementioned $140 24-inch model starts the low-end of the pricing scheme.

IRVINE, Calif., March 28, 2017 /PRNewswire/ — VIZIO, Inc. unveiled today its all-new D-Series smart TV collection. The new 2017 models offer value-minded consumers a wide array of picture quality options, including HD, Full HD and 4K Ultra HD in select models in the 43″ class size and above. VIZIO D-Series smart TVs feature VIZIO Internet Apps Plus for simple access to stream TV shows and movies from Netflix, iHeartRadio, Xumo and other popular apps1. The 2017 D-Series collection is available now on VIZIO.com and coming soon to retailers such as Walmart, Sam’s Club, Target and Best Buy, among others. Models range in price from $139.99 for the 24″ class size, to $899.99 for the 65″ class size.

Equipped with VIZIO Internet Apps Plus, the D-Series collection provides consumers with easy access to the hottest movies, TV shows, music and more. Popular apps such as Netflix, iHeartRadio, Xumo and more are all accessible via the on-screen app dock. High-quality streaming on 4K Ultra HD models is possible thanks to built-in V8 octa-core processor, HEVC decoding and the latest ultra-fast WiFi standard, 802.11ac dual-band WiFi.

For more information on the VIZIO D-Series collection visit VIZIO.com/d-series.

1 The third party applications and content described herein may only be available in certain countries and languages, may require additional fees or subscription charges, and may be subject to future updates, modifications, interruption and/or discontinuation of service without notice, and VIZIO has no control over such content.  Google account required to download apps from the Google Play store. 2 The VIZIO D-Series 24″ LED Smart TV is edge-lit

About VIZIO VIZIO’s mission is to deliver the ultimate entertainment experience through our community of connected consumers, advertisers, and media content providers. Through our connected entertainment platform, VIZIO is transforming the way consumers discover and experience media content. Since our founding in California in 2002, VIZIO has built an industry-leading brand and sold over 75 million products, including televisions, sound bars and other devices. VIZIO is a leading HDTV brand in America1 and is the #1 sound bar brand in America2. VIZIO product leadership is highlighted by a number of industry reviews and awards, making the 2016 collection the most awarded in company history. The VIZIO SmartCast P-Series, M-Series and E-Series Home Theater Displays all received Reviewed.com Editor’s Choice awards3 and are all listed as CNET’s “Best TVs of 20164.” The VIZIO M-Series SmartCast Home Theater Display was awarded Editor’s Choice from CNET with an 8.8 rating5 and the VIZIO SmartCast 65″ E-Series Home Theater Display (E65u-D3) was awarded Reviewed.com’s “Best TV of the Year” award for 20166. Also, the VIZIO D-Series earned a 2016 Editor’s Choice award from PC Magazine7. For more information, please call 888-VIZIOCE or visit www.VIZIO.com.