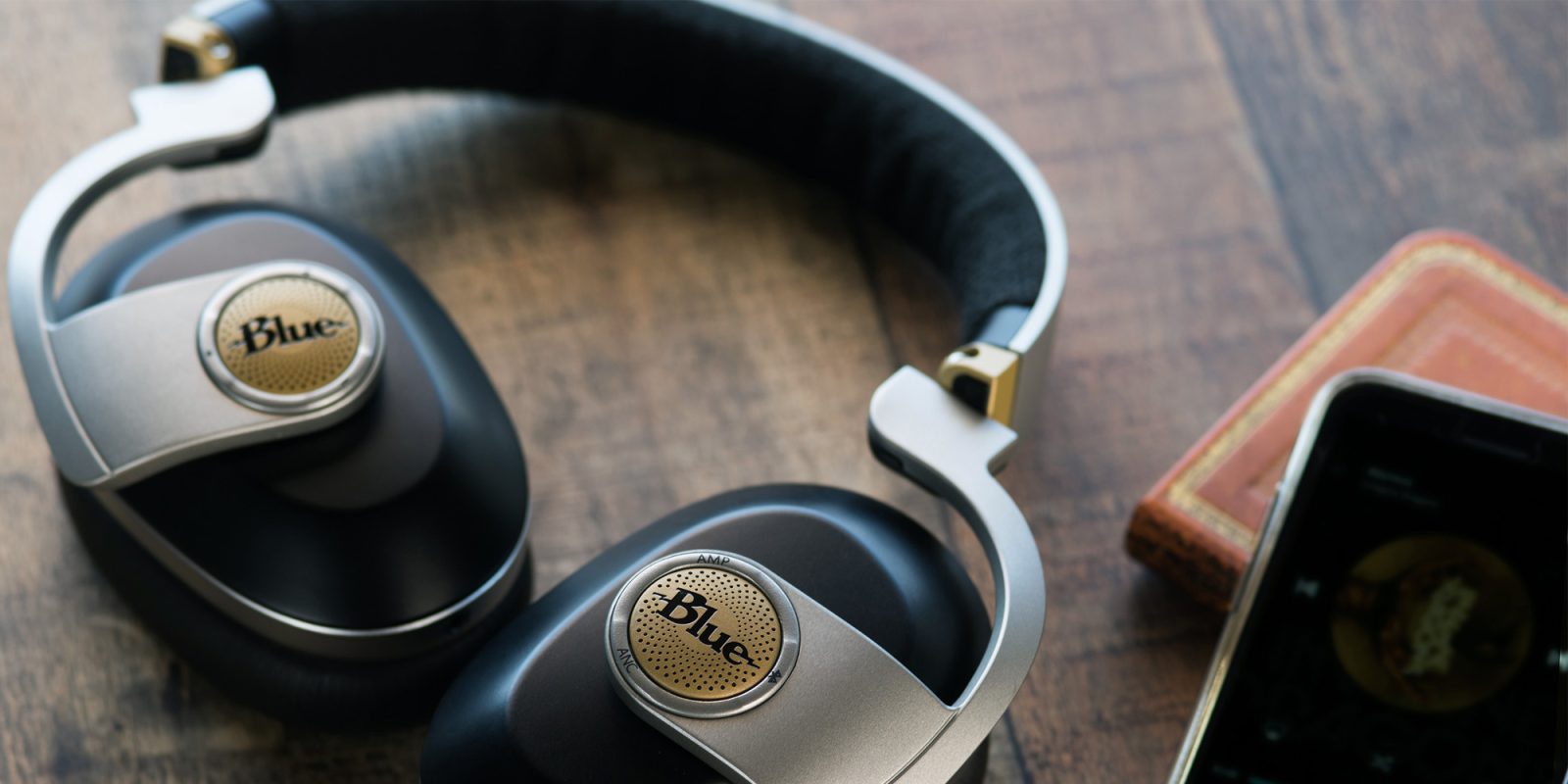 Blue is well-known as the company that offers quality microphones for devices like iPhone and Mac. Today you can finally purchase one of its first over-ear headphones. The Blue Satellite Wireless Headphones were released yesterday.

With its retro design and built-in amplifier, it is meant for high resolution audio via wireless Bluetooth connection (up to 10 meters of range). Most traditional noise cancellation removes some of your music, and according to Blue, Satellite is the only wireless, noise-cancelling headphone that eliminates unwanted sound without compromising your music.

As I opened up the Blue Satellite packaging, I thought the headphone case was pretty sleek. By doing so I unleashed that new car smell, which made it feel like I just acquired something really nice and expensive. Also included were 3.5mm and microUSB cables for charging, which have their own unique mini-case. Looking at the headphones themselves I noticed that it seems pretty big. It feels slightly heavy as well on my head. That aside, it sits comfortably over my ears, and even while my glasses are on.

Headphones should be fully charged before first use, but I had no idea how to tell when charging was complete. I assumed that it was the transition of a blinking power light to a lack of light, which happened about 3 hours later.

For first use, turning on the headphones and continuing to hold the power button should have made it discoverable. I did not have that experience with this pre-release model at first. I then tried to do that using the Bluetooth button on the left side, which unfortunately did not work either. I managed to connect to the headphones from my iPhone 6S Plus after a quick power cycle. It was a simple pressing and holding of three buttons, Volume +, Volume – and Play/Pause for 6 seconds. Connecting via Bluetooth was quick and easy afterwards. 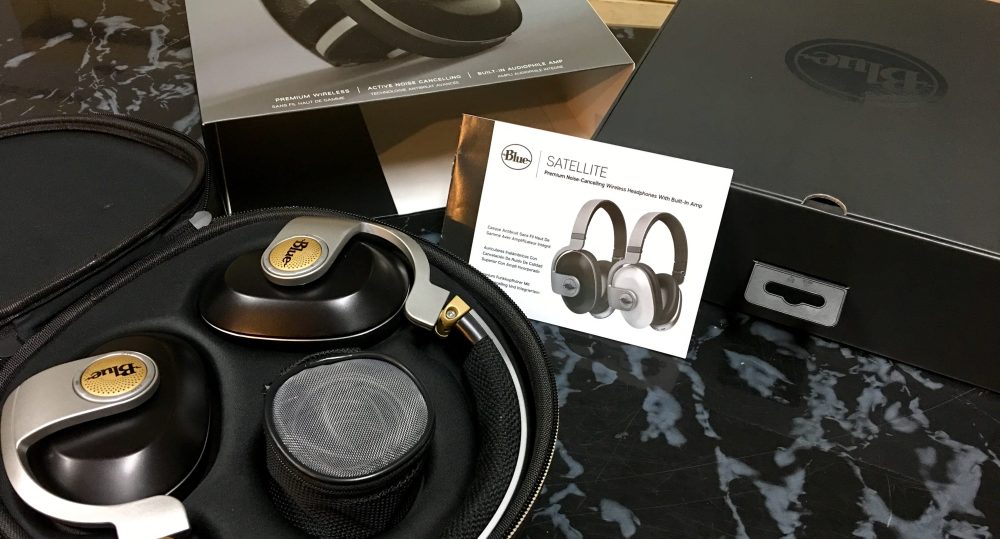 Blue uses a unique dual-driver design in the Satellite that handles separate responsibilities. One takes care of audio while the other acts as a noise cancellation system. A powerful 280mW analogue amplifier works together with this system to support Bluetooth 4.1 and Apt-X, although the company also provided a 3.5mm cable. Satellite’s microphone has an omni-directional pick-up pattern at a frequency response of 50 to 12,000Hz.

Satellite’s battery level does not show in the Notification Center widget, but I’m sure that’s something Blue will add support for. It should provide plenty of power to the amp and deliver around 8 (amp + ANC) to 24 hours (Bluetooth only) of playing time. The battery is a rechargeable lithium-ion polymer with 1100mAh of power. 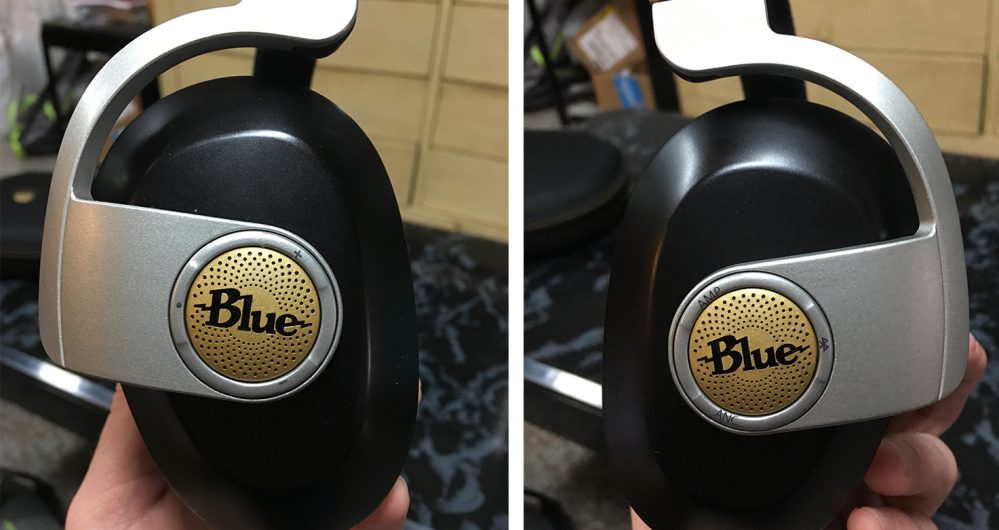 Once all connected, music plays nicely. Although it’s not ideal to have music controls on the side of your head, it does the job. Phone calls can be answered, volume levels can be adjusted, and music can be paused and played. The amplifier button seems to do a little more than shift the audio signature to the low end, creating a warmer sound to the selected music.

Blue has a patent pending design that keeps your music safe on one pair of drivers while dedicating a separate pair to the active noise cancelling (ANC). I do think, however, that it would be a helpful thing to add more details about using these two features into the manual.

The overall sound of these headphones are really solid. Music is loud and keeps outside noise out. Best sounding genres of music were rock and instrumental rock alternative.

These headphones surely standout, as it consists of high-quality aluminum and high-strength plastic components. It is relatively bulky and are not the most travel-friendly experience. I’d say it’s great for home activities such as video editing or working out. The noise-cancelling effect is useful for a plane ride, so would there be extra room in my carry-on I’d consider taking it along. 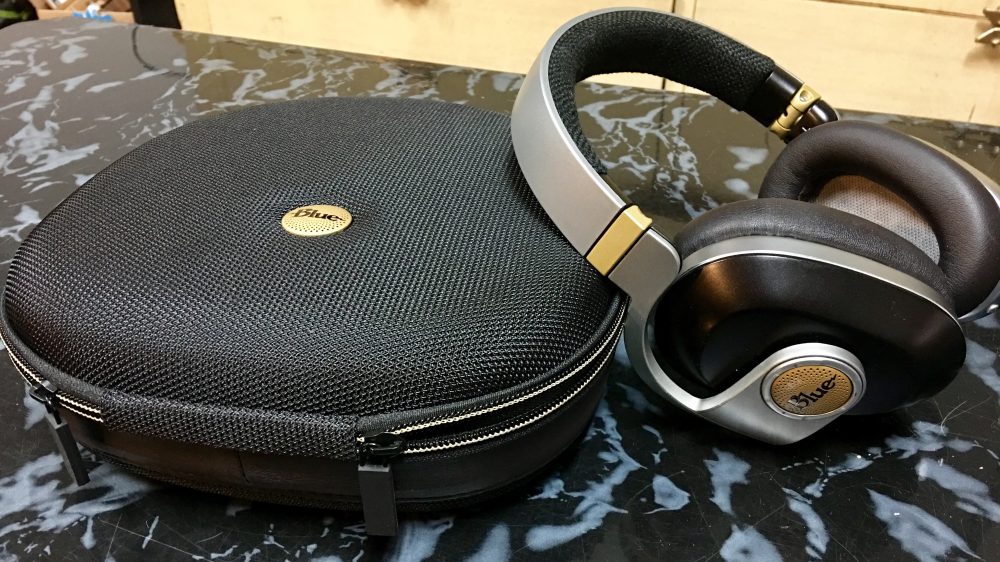 The Blue Satellite wouldn’t be my first choice due to the $400 price tag. I personally prefer a lighter and more portable product, but the Blue Satellite is built using high quality materials. Hopefully my Bluetooth connectivity experience was just an early release issue, as it works seamlessly once set up. These on-ears do not feel cheap at all, ultimately making it money well spent if you can spare the extra change.

The truth is, they are comfortable. If you think about everything Blue had to fit into the device itself, it’s actually pretty impressive how small it is overall. Remember, we have an amp, active noise cancelling (ANC), audio drivers, Bluetooth components and also the battery. Traveling might be rough in some situations, but the included case would surely keep your headphones safe.

These new headphones are available now in black and in white at Amazon for $399.99 shipped. To learn more about Blue Microphones, check out some of its popular products.