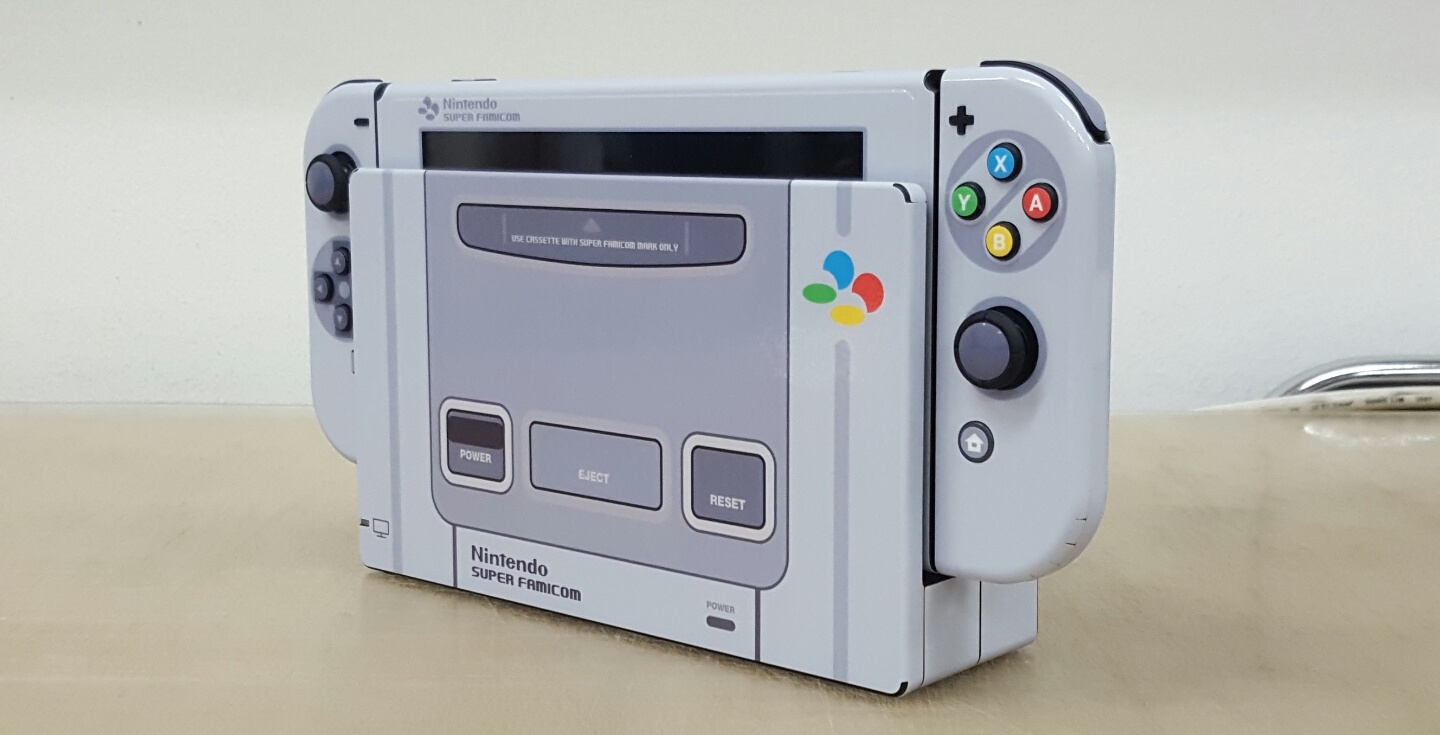 The Switch has certainly been a success for Nintendo right out of the gate as one of the best selling consoles in the company’s history. It is only a matter of time before special edition versions of the machine are unveiled in order for Nintendo to cash in on alternate designs and franchise-themed bundles. It has already announced the Neon Yellow Joy-Con controllers for its new one-on-one cartoon fighter ARMS. While it is possible we might see the vintage throwback treatment on the Switch like the Retro NES Edition 3DS handheld system at some point, one company has already beaten Nintendo to the punch…

A user by the name of Clown TV over on the Korean website Ruliweb is now showing off some custom-made Nintendo Switch POP Skins that transform the company’s latest hybrid console into a Super Famicom. Everything from the 90’s grey body and D-Pad colors to the colorful face buttons found on the original SNES Japanese release are in tact here. The entire Switch dock is skinned to look like the original console as well with power buttons and awesome Famicom logos.

The skin is made by a company known as POP Skin. It is unclear when this particular product will be made available in the US (if at all), but you can browse through more of the company’s stuff right here.

It also looks as though the company has some kind of NES themed skin for Switch in the works as well judging by a thumbnail from a video upload. there doesn’t appear to be as many photos of this design around just yet: 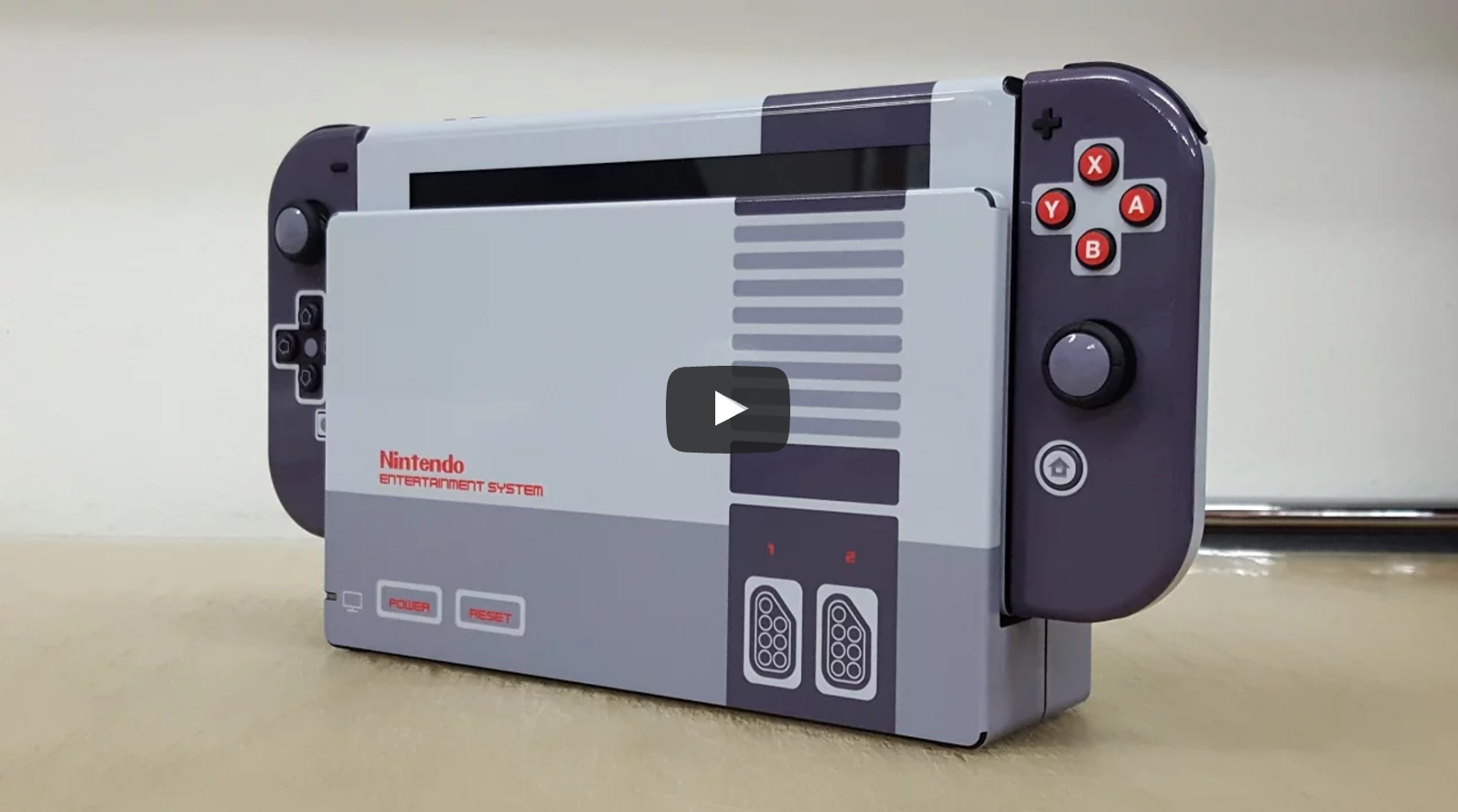 There are already loads of skin-like options available for Switch on Amazon starting at around $8 Prime shipped or so. There are some decent Breath of the Wild and Mario options out there, among others, but nothing quite as interesting as POP Skin’s complete Famicom makeover above. Some pretty amazing concepts for limited edition Switch gear have hit the net as of late though, like these character-themed Joy-Con. Most of which look like they are straight out of Nintendo’s lab.

For a complete rundown of Nintendo Switch head over to our hands-on review right here. You’ll also want to checkout our review of the Anker screen protectors and our roundup of the best Switch accessories on the market. If you prefer the Nintendo of yesteryear and would just rather dust off those old cartridges, Hyperkin’s new HD NES Classic console is worth a look.