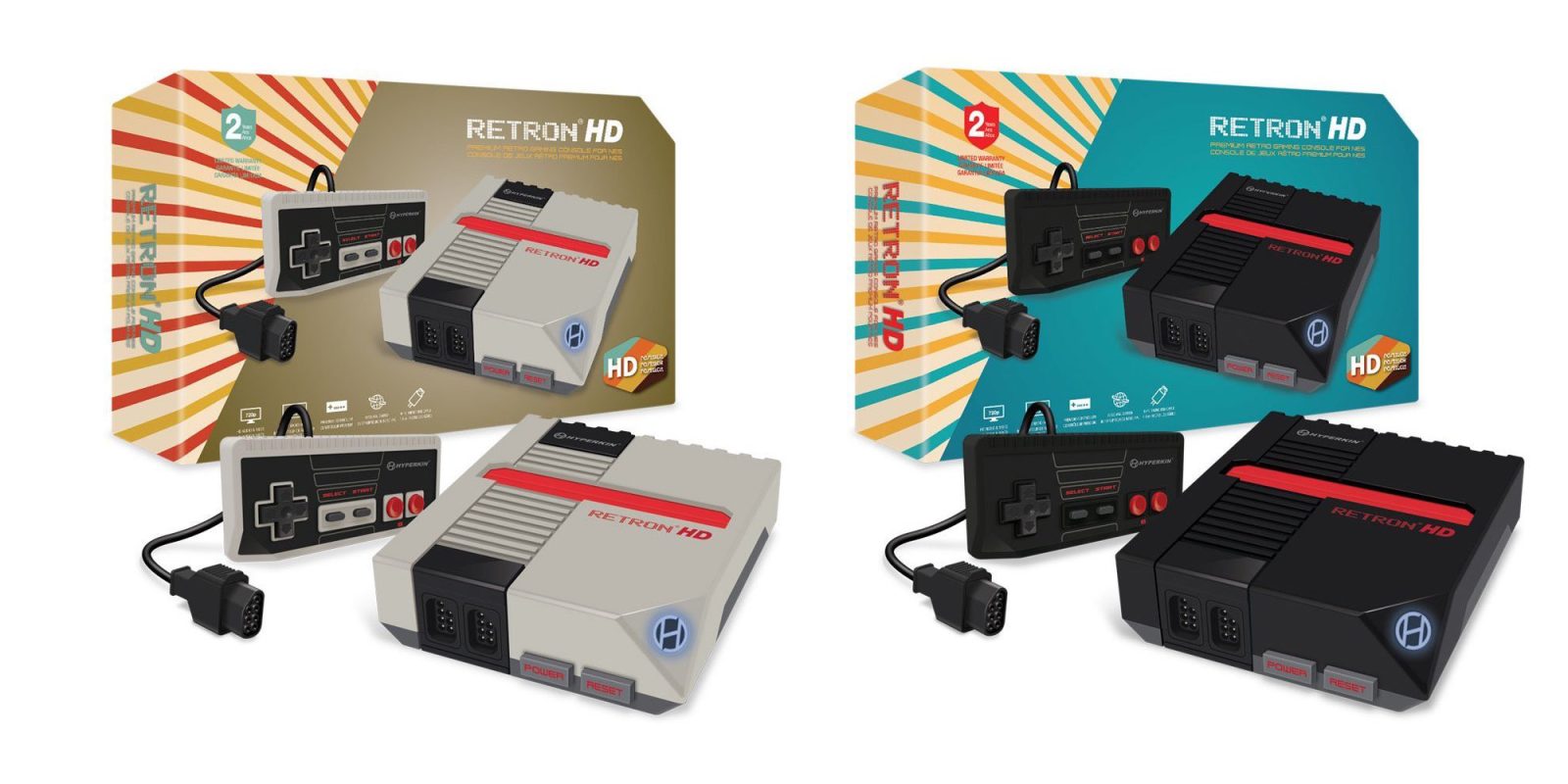 Nintendo announced a couple months ago that it would stop production on the coveted NES Classic mini console to just about everyone’s disappointment. While we wait to see if the rumored SNES mini comes to fruition and watch NES Classics slowly fade out of existence, Hyperkin is stepping in to fill the void with its new RetroN 1 HD gaming console…

The company’s new retro console plays all of your original NES cartridges (NTSC or flip the switch for PAL region carts). Unlike the previous generation RetroN 1, the new model will handle all of your childhood memories in 720p HD on your giant big screen TV. You will also be able to choose between the classic 4:3 ratio or a wider 16:9 angle via traditional AV ports or HDMI. Both cables and a “6-foot micro USB charging cable with USB AC adapter” are included in the box.

It also comes with a “Cadet” NES look-a-like controller with a 10-foot cable. That’s still not quite long enough, but it is certainly a step up from the insanely short, 2.5-foot long cable Nintendo decided to put on the NES Classic controller.

For the purist out there, who simply prefer the real thing over emulators (and consoles using them) or those with substantial NES cartridge collections laying around, the RetroN consoles can be a nice option.

The new Hyperkin RetroN 1 HD Gaming Console for NES is now up for pre-order on Amazon for $39.99 in gray and black colorways. Now clearly the company has put a bit of a premium on this model along with the HD video and the timely demise of Nintendo’s NES Classic. Hyperkin also makes a $45 model that will play both NES and SNES carts as well as a previous gen RetroN 1 for NES at under $22 Prime shipped.

Hopefully the new model will see some nice price drops this summer (more likely the fall or over the holidays) to hold us over until Nintendo’s next artificially limited remake release. There have already been fairly detailed reports on the SNES Classic being in development deep within the laboratories of Nintendo. The NES mini was a smash hit with consumers but the gaming giant wasn’t prepared to meet the demand. I might argue the SNES boasts the superior catalog of games and will likely release (if it does release) with even more hype than its predecessor.

In the meantime, don’t make the massive mistake of leaving your Nintendo Switch un-protected and head over to our Games/Apps Guide for all the best deals and new product releases across every platform. 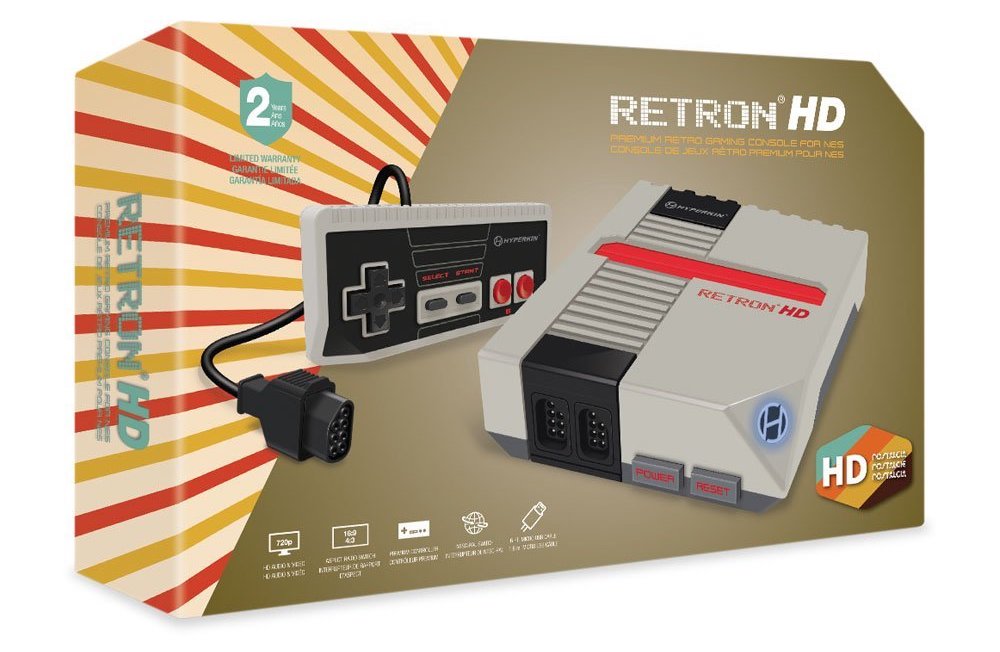 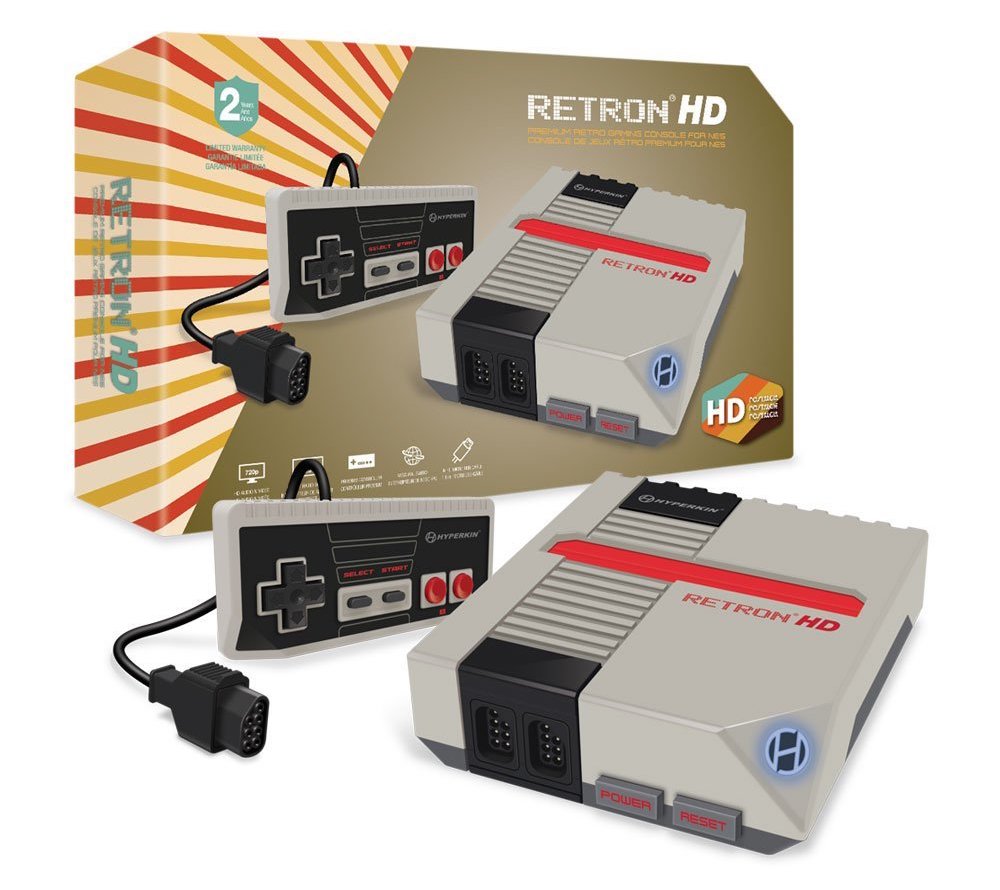