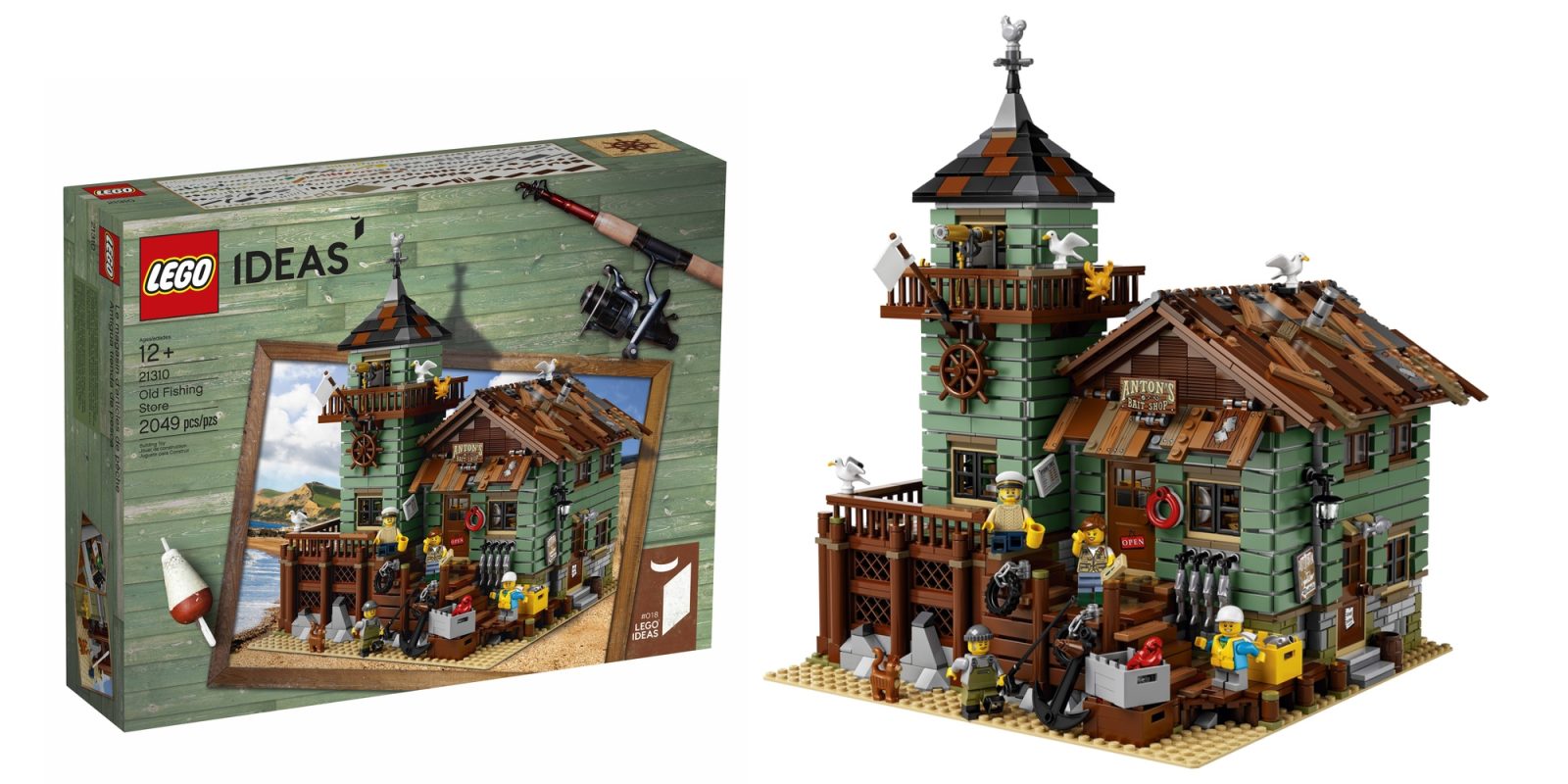 LEGO has been on the top of its game recently, releasing plenty of impressive and highly detailed sets over the past few months. Whether you’re a fan of Star Wars, Minecraft, NASA or more, LEGO has probably announced something to peak your interest this year. Thanks to the company’s fan-backed Ideas program, we’ll be getting a brand new City-themed set.

Today LEGO has announced the next addition to the Ideas lineup, the Old Fishing Store (21310), which will fit into the company’s CITY line of kits. Originally created by Robert Bontenbal, a builder from the Netherlands, the store is comprised of 2,049 pieces and comes with plenty of miniatures and accessories.

The set itself is based on a 32×32-stud baseplate that houses the fishing shop and accompanying structures. Alongside the main store, the kit features an added watch tower, staircase and deck. Four minifigures are included as well, which when paired with various animals like cats and seagulls, really bring the store to life.

The Old Fishing Store includes tons of detail in the form of printed pieces as well as accessory elements like fishing rods, anchors, signs and even a telescope. Packed with plenty of green and brown pieces, the set looks to also have a ton of new or uncommon LEGO elements, which is always a plus. 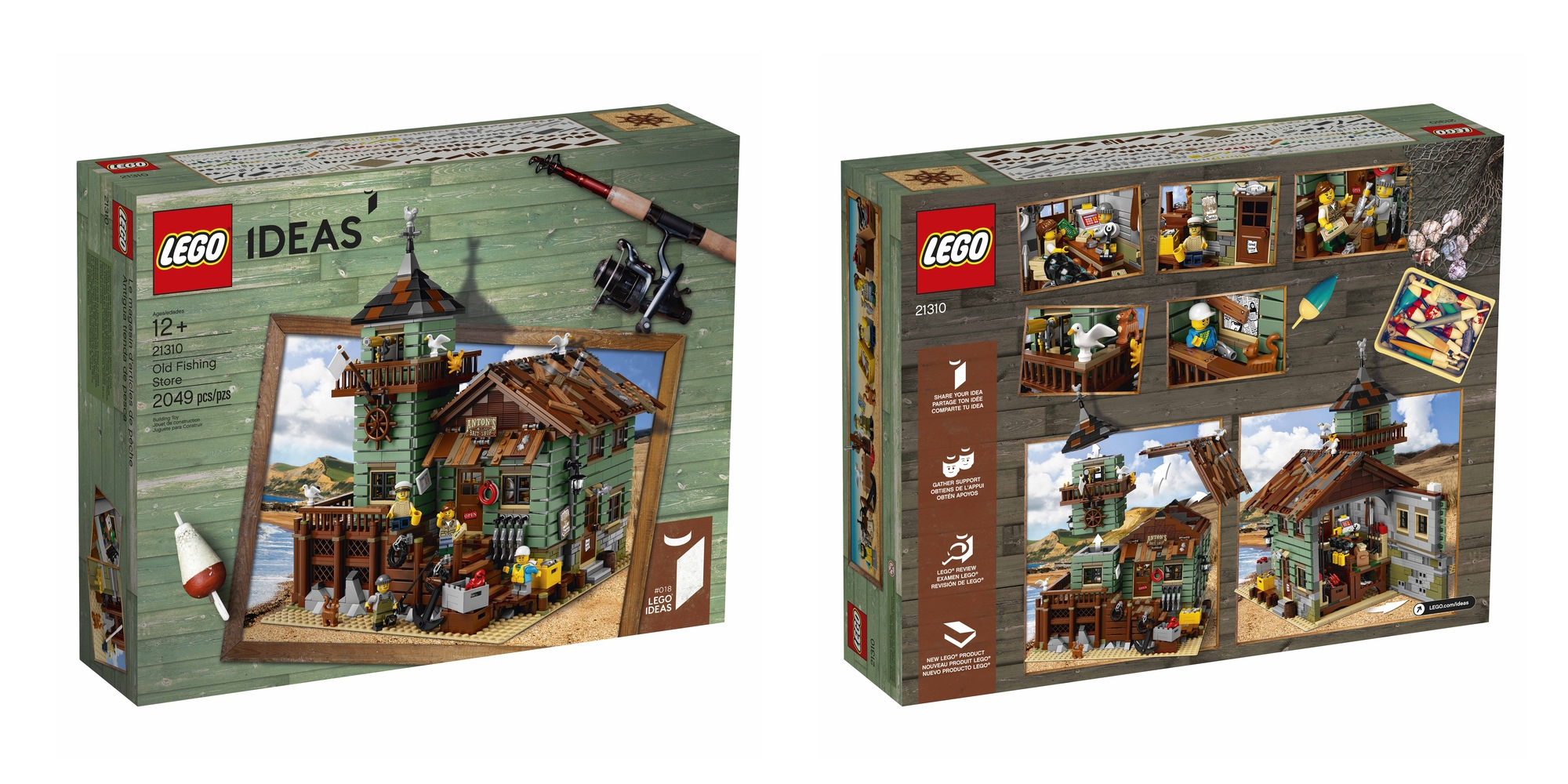 Unlike some of the more recent 2,000+ piece sets that LEGO has released, the Old Fishing Store is definitely more suited towards play and interaction rather than just being a display model. The store itself has a removable roof and a hinged back wall, so you can peak inside from various angles.

The tower too offers playability thanks to being comprised of various sections which can easily be removed. Even with all these play features though, the set will without a doubt make a great addition to any collection with the plethora of detailing and accessories.

Just like with the other kits that stem from the LEGO Ideas program, this isn’t necessarily the final product we’ll receive upon its release. While the alterations may be small, these projects typically go through a re-design process before coming to stores to ensure the kit is structurally well-built and ready for play.

LEGO’s new Old Fishing Store will retail for $149.99 and will be officially opening its doors for business later this year on September 1st. It will most likely be exclusively available from LEGO at launch.

If you’re aching to get building though, there are plenty of 2,000+ part sets that are sure to occupy hours of your time. The LEGO Star Wars UCS Snowspeeder is sure to impress for $200 shipped.  If you’re looking for something a little more like the fishing store, the LEGO Creator Palace Cinema might be perfect for you at $150 shipped.

Find all the gear you need for a fantastic fishing trip at the Old Fishing Store! Walk up the steps from the beach into the shop selling fishing rods, hooks, harpoons, diving equipment, oxygen tanks and much more. Climb the ladder to the top of the watchtower and look through the telescope to enjoy the view. Then relax and read the newspaper in the office. Just make sure the cat or seagulls don’t eat the freshly caught fish hanging outside!

The Old Fishing Store is ideal for display and role-play, this model has 2 removable roofs, an opening back wall in the shop for easy access, 4 minifigures, cat and 3 seagull figures, as well as loads of other cool details and elements to fire up the imagination.