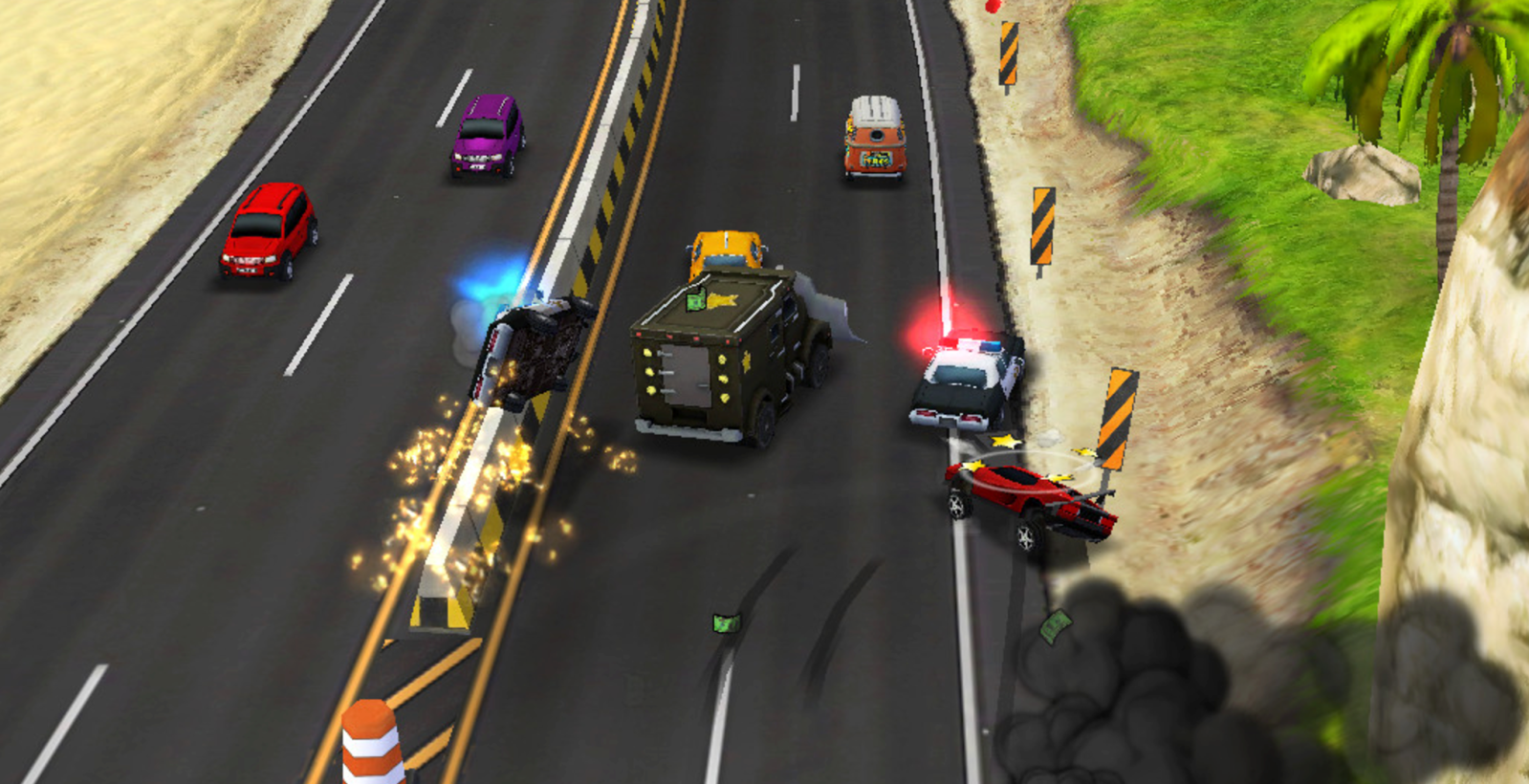 Reckless Getaway for iOS is now available for free. The regular $1 arcade racer has gone free for the first time since August of 2015. Rated 4+ stars from over 18,000 gamers.

Who’d a thought robbing the bank would be the easy part? Now comes the real challenge – to escape with your hard-earned loot having the fuzz hot at your heels!

Weave in and out of oncoming traffic; dodge, outrun or ram pursuing police cars

and just generally crash, smash and thrash your way through 16 varied levels.

Let’s face it: beating someone across the finishing line is a lot of fun,