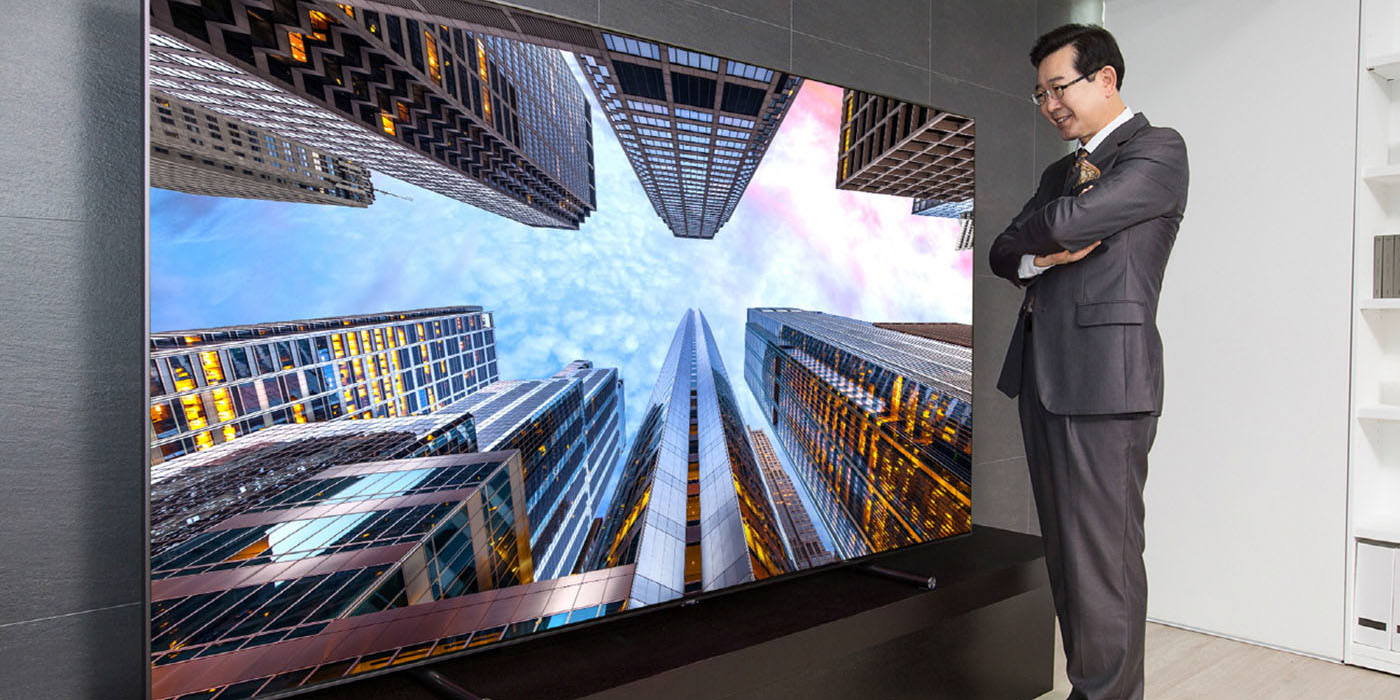 Samsung made news earlier this year with its first QLED TVs while taking aim at the market leader, LG. Fast forward to today and we’re getting another new display that’s heavy on the wallet and big in size. The 88-inch Q9 4K Ultra HDTV packs massive real estate and features in one pricey package. While sticker shock may scare most shoppers away, it’s the impressive list of features that has caught our eye.

The Samsung Q9 lineup sports three different models and serves as the flagship QLED TV at the top of its offerings. Today’s new release starts with the 55-inch version that will retail for $2,500. Jumping up to 75-inches delivers a $9,000 price tag with the mammoth 88-inch display selling for over twice that at $20,000. For all that cash, you’d hope Samsung would deliver on specs.

Each model sports full 10-bit HDR at 4K resolutions, which is a great starting point. Add in a 240Hz refresh rate and we’re on our way to a great panel. You’re likely to get the best overall picture quality on the 55-inch display, as jumping up to 75- and 88-inches is certain to show issues with pixel density. But that’s going to be a concern on any TV of this size.

Rounding out the list of notable specs includes the expected Wi-Fi capabilities that delivers access to smart features and streaming services. There’s also four HDMI inputs on this set, which is slightly disappointing given the price tag. If you’re billing a TV as the ultimate home theater solution, you’d expect to at least see five ports to deliver content.

Samsung’s proprietary quantum dot technology allows each pixel, or dot in this case, to emit an individual hue from over one billion colors. Similar to OLED technology, this comes in handy when recreating an image that’s clear and crisp.

Interested? Samsung’s new Q9 4K Ultra HDTVs are just starting to pop-up here in North America. The 75-inch just hit Amazon with the $9,000 price tag, we expect others to follow suit before long. A previously-released 65-inch model is also available for $4,000 at this time.

Samsung Electronics announced today the release of its new 88-inch QLED TV, the Q9, in North America and Korea. Having launched in Southeast Asia earlier this year, the Q9 is set to solidify Samsung’s top position in the global ultra-premium TV market. The new model is also scheduled to be released in Europe later this month.

“At Samsung, we are aiming to expand our footprint in the ultra-premium TV market with our ultra-large QLED TV models that embody the perfect combination of technology and art,” said Jongsuk Chu, Senior Vice President of the Visual Display Business at Samsung Electronics. “With their superior picture quality and innovative features, we are confident that our QLED TV lineup will continue to drive sales and solidify Samsung’s leadership in the global TV market.”

The Q9 features superb picture quality and performance as well as a sleek design developed with consumers’ living spaces in mind. The model was awarded record-high scores by Video Magazin, one of Germany’s most renowned consumer electronics magazines, and praised as ‘a best practice for HDR TV.’

As consumers continue to demand larger screens and premium TVs, Samsung has introduced its 88-inch QLED TV model to the global marketplace to add to its QLED TV lineup, which also includes 55-inch, 65-inch and 75-inch models. As the only TV to achieve 100 percent color volume, Samsung QLED TVs reproduce rich and colorful images just as they were intended to be seen using metal quantum dot technology. The QLED TV also offers remarkable brightness and a wide color gamut, which allow the TVs to deliver detailed colors and subtle contrast even at peak brightness.

The QLED TVs Boundless 360 Design helps it elevate the ambience of the various rooms where it is placed, and its 1.88mm, transparent optical cable, known as the Invisible Connection, allows it to be connected to peripheral devices without the typical messy cables. A No Gap Wall-mount completes the QLED TVs flawless design by allowing the screen to be mounted flush against the wall.

The QLED TVs One Remote Control feature enables users to control the TV’s connected devices through a single remote.

In June, Samsung also launched its 82-inch premium UHD TV (MU8000) as part of the brand’s strategy to provide consumers with a wider variety of screen size options.