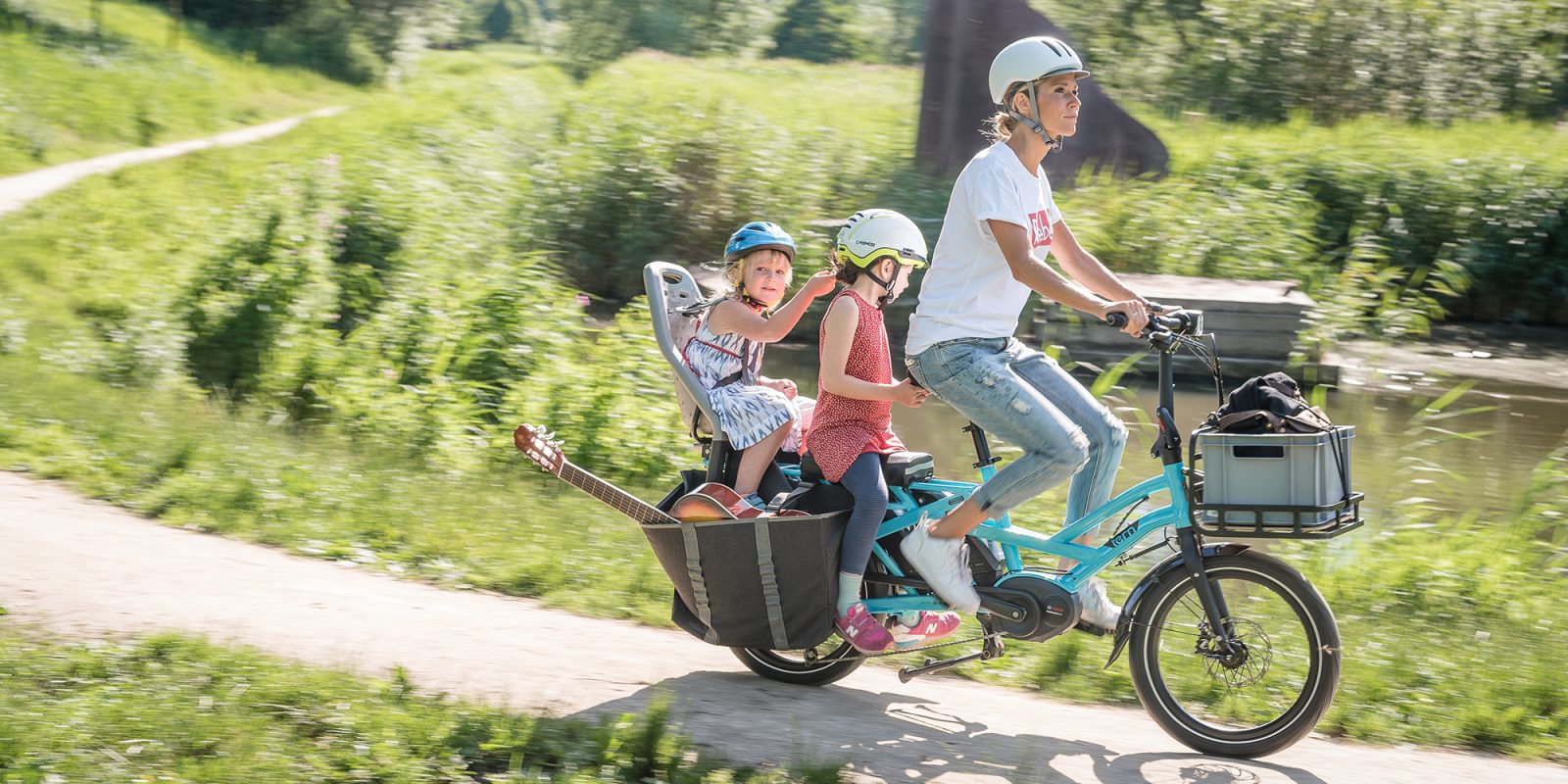 Tern has unveiled a new electric bike that’s designed for the whole family, or rather, to carry the whole family. The GSD two-wheeler sports a strong enough frame and motor to haul around nearly 400-pounds worth of cargo. That’s enough capacity for one adult and two kids, according to Tern. Urban dwellers and commuters are sure to love the fold-up design, too. With the eBike market getting more and more competitive by the day, Tern is making an aggressive play towards families that we haven’t seen much of to this point.

What’s most interesting about the GSD eBike is its physical design. Despite the expansive rear cargo space, this two-wheeler comes in at under six-feet in length. This is accomplished by Tern moving the seat forward ever so slightly, resulting in a rider position that is a bit more upright than you might typically find. The whole package folds up into a compact position that is 1/3 the original volume. Furthering its position as urban-friendly for those with tight quarters or daily elevator rides.

Tern leans on Bosch dual-battery technology like so many other top-grade eBike manufacturers out there today. Riders can expect a full range of over 150-miles, which is rather impressive. That means you could potentially go a full week without the need to plug-in. Tern offers two different motor configurations – 400 or 900-watt – depending on your needs.

The GSD is designed to carry two kids, a week’s worth of groceries, or 180 kg of cargo, but it’s only 180 cm long—the same length as a standard ebike. With Tern’s best-in-class folding technology, it packs down small enough to fit in a VW Touran or an urban apartment. Plus, it adjusts to fit riders from 150 – 195 cm—so mom, dad and the kids can all share it.

There’s also an extensive library of accessories offered for the GSD, as well. The rear-rack can be transformed into a second seat, or receive the saddlebag treatment depending on your needs. There’s also a shortbed that can be added for additional flat storage. My favorite part is that you can fit two child seats on the rear with its default configuration. That’s a serious selling point for parents that live in the city and want an eBike.

So how much is it going to cost you? Tern currently has the GSD electric two-wheeler priced at $4,000. That will obviously vary when adding different options or upping the motor output to 900-watts. A full ten-year warranty is included with purchase.