At under $200, Kuickwheel offers an electric skateboard that commuters will love

Electric skateboards have gone from a hobby to serious player in the world of alternative transportation. Because of that, we’re seeing increased competition that’s resulting in lower prices and better designs. The latest of which comes from San Francisco-based Kuickwheel, a startup focused on shaking up the market thanks to features like lightweight builds and a longer range.

Kuickwheel just recently debuted two different models on Kickstarter with prices starting at $199, which is significantly less than established players like OneWheel. Head below for full details.

Both models available in the Kickstarter lean on a dedicated handheld remote. This is in comparison to other popular boards that are hitting the market with app-controlled throttles, which don’t seem as practical. The remote will also allow users to switch between Sport and Eco modes, as well as underbody lighting on some models.

The Serpent-C sits at the low-end of the spectrum in Kuickwheel’s lineup. Currently going for $199 on Kickstarter, it will jump to $349 when it hits retailers later. With a budget price like that, there are certainly some concessions that will need to be made. The C model weighs in at just over six-pounds and is crafted from maple wood.

Most notable on the list of features is a 6.2-mile overall range, which may be disappointing for some. A 2.9Ah battery and 300W motor push out a top speed of 11mph. Again, you’re not going to win any spec competitions here, but at $199, this affordable skateboard might be a great starter option for kids or simply tooling around the neighborhood.

Those looking for a more serious commuter solution will want to jump up to the Serpent-W. Made from aluminum alloy, the upgraded model sports dual 900W motors that offer a significant boost in power and capabilities. This includes a top speed of 25mph and a total range of just over nine-miles. 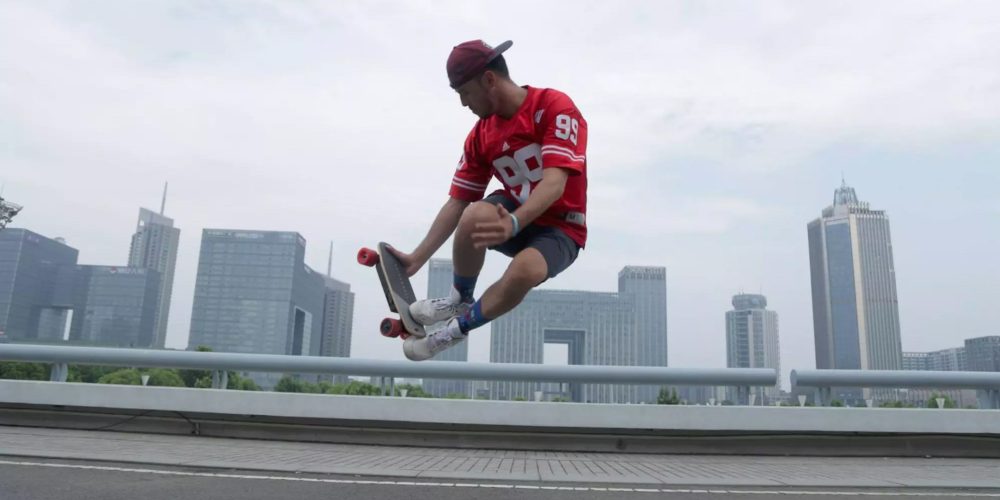 But the W doesn’t just stop with those specs. There’s more wrapped up in the design as well. An IP54 waterproof rating means that this board will certainly be better suited for commuters that might encounter inclement weather while riding. It will have a $749 retail price eventually, but is currently available at $499 for early birds.

If you’re looking for an alternative that’s on the market today, there are a number of options on Amazon starting at under $200. Of course, the top of the line Boosted Board has a hefty $1,499 price tag but is largely considered to be one of the best in the business.