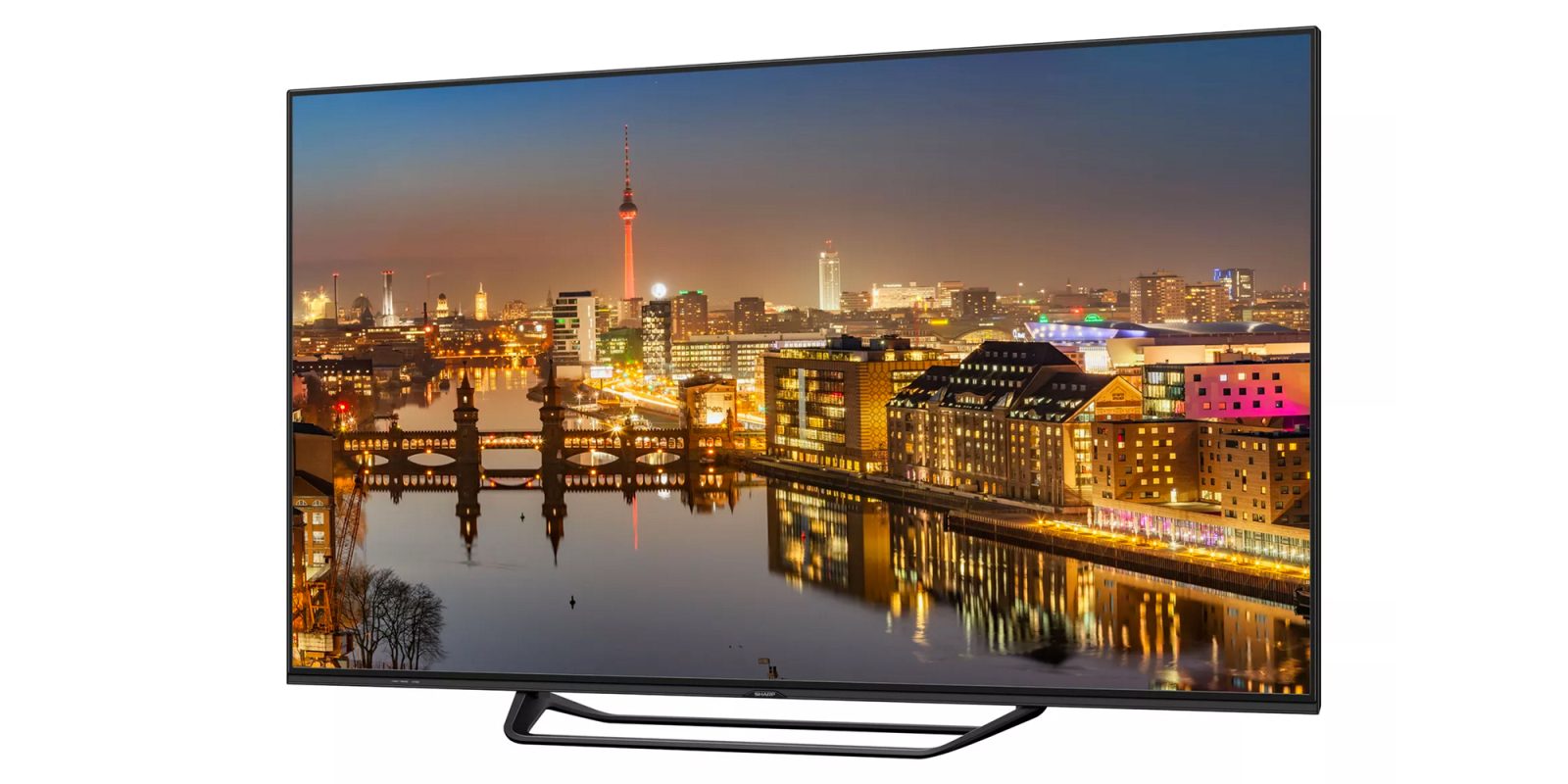 Are you done with 4K? Because according to Sharp, you should be. Today at IFA the display manufacturer announced that it would soon be shipping 8K panels across the globe. New AQUOUS televisions sporting 7,680 x 4,320 resolutions will hit China in December, with Taiwan and Europe on the docket for early 2018.

Sharp first unveiled its 8K displays back in 2015 but the whopping $130,000 price made it a virtual non-starter for most everyone. Not to mention a complete lack of content for the medium as well. Along with today’s announcement, Sharp is also unveiling an 8K ecosystem that it says will launch this ultra-ultra high resolution in the mainstream faster than expected…

To fully grasp just how high resolution we’re talking about here at 8K, today’s new displays from Sharp will include 16 times the amount of pixels found on your typical 1080p display. Or as the manufacturer calls it, “ultimate reality, with ultra-fine details even the naked eye cannot capture.”

That’s a funny way to put it. If the details can’t be seen by a typical human eye, then why are we so excited about it? Frankly, because it’s what’s next. 4K is continuing the push into mainstream as more and more manufacturers are making it a standard offering in 2017 lineups. Apple is also expected to make a firm push into this space at its September event, which should have widespread ramifications. 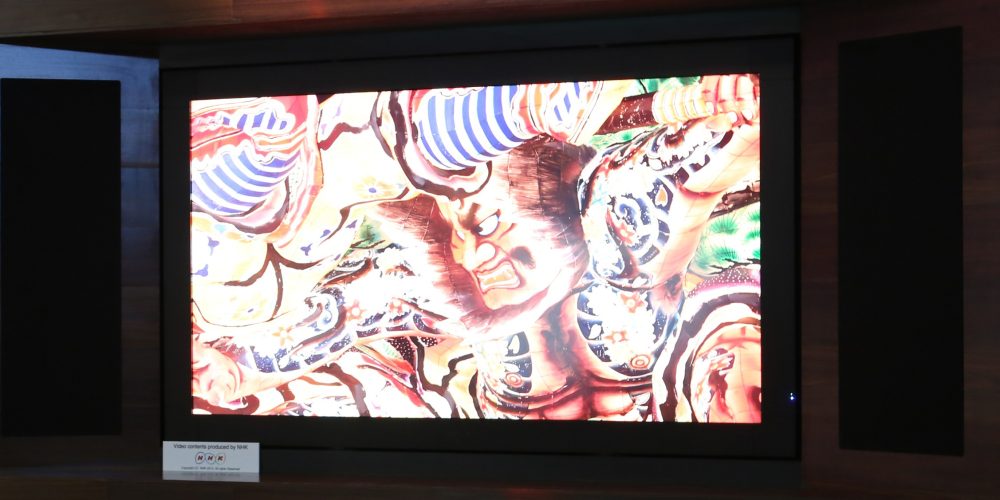 Sharp’s biggest problem for the foreseeable future will be a lack of content. There is one broadcaster in Japan that is currently offering 8K streams, but don’t expect that stateside any time soon. Today’s announcement includes a line of compatible cameras and receivers that could potentially help remedy this situation, but any movement here isn’t expected for some time.

With roll out beginning in December over in Asia, prices will be rather high initially as you’d expect. Sharp is said to offer its new 8K displays for around 1 million yen, which equates to roughly $9,000.

SHANGHAI, Sept. 1, 2017 /PRNewswire/ — At a grand premiere titled “Horizon Broadened: SHARP 8K Ecosystem” held in Shanghai, SHARP announced the simultaneous launch of its AQUOS 8K TV in Shanghai, Taiwan, Tokyo, and Berlin, while hosting other events, including the SHARP Day at Tmall super brand event, a cross-industry forum on 8K, and a press conference for SHARP 8K Ecosystem, which is a core strategy of the company. With the help of Foxconn Group, the 8K Ecosystem is now available in international markets, bringing a new chapter to human lifestyle standards with the 8K imaging technology.

As technological competition is strong in the color TV industry, SHARP has taken the lead in launching its 8K TV, meaning 8K technology is now available in the public market. The 8K Ecosystem is expected to accelerate intelligent transformations in everyday life. At the cross-industry forum, attendees agreed that the 8K technology offers great potential in applications like precision industrial manufacturing, audio and video, healthcare, and education. Both SHARP and Foxconn believe that the 8K technology will revolutionize the human lifestyle. At the premiere event, SHARP announced the deployment of its 8K Ecosystem ranging from 8K film shooting to 8K content editing, storing and transferring, and 8K broadcasting, forming a full industry chain. SHARP also announced that it will participate in the construction of a key project in Shenzhen, China: Foxconn’s Global R&D Center for Future Display Technology and Innovative Applications in 2017, where SHARP will further sharpen the competitive edge of 8K TV by testing 8K + 5G applications.

Believing that the 8K imaging technology is one of the cornerstones for the “Made in China 2025″ initiative and is crucial to improving human life in the future, both SHARP and Foxconn hope to leverage 8K + 5G to revolutionize education, entertainment, social groups, security, healthcare, purchasing, transactions, and environmental protection. The 8K ultra high definition display is bound to bring technological breakthroughs for video calls, online shopping, and big data of real-time traffic, spanning the last gap between the real and the virtual world.

Thanks to SHARP’s classic design and Foxconn’s outstanding manufacturing, the SHARP AQUOS 8K TV presents a striking appearance, accentuated by aviation-grade aluminum alloy for the frames, lower bar, and base as well as surface brushing and mirror polishing. Three groups of speakers built into the SoundBar work with two groups of woofer speakers and four high-power speakers with optimal back bass sound that are installed behind the TV, producing super bassy sound. With the sonic vibration eliminating design, the 8K TV boasts a marvelous sound effect with an extraordinary range. Without any additional sound system, the TV can perform as a family cinema thanks to its surround sound, Yamaha Audio Engine, and DTS 2.0 technology.

Identified by the fourth Research Institute of Video affiliated with China’s Ministry of Industry and Information Technology, the 8K ultra-high definition technology can produce the most detailed visuals ever displayed on an 8K LCD panel. With images indistinguishable from the real thing, the 8K technology has broadened people’s belief in what can be perceived. SHARP also utilize its world-leading picture quality technology, such as Dynamic Highlight display, to guarantee a visual gala on the 8K TV. The new edge-lit backlighting technology renders dimming and brightness on different sections of the picture, achieving a darker or brighter effect. The compatibility with both Dolby Vision HDR and BDA-HDR enables the 8K TV to have brighter and more vivid colors. With automatically set brightness and contrast for each frame, the 8K TV ensures that the experience is as if being immersed into a new reality. Moreover, the 8K TV has an excellent contrast ratio and wide color gamut due to a fluorescent molecular imaging technique, marking a great choice for an exciting life.

The Internet exerts an increasingly growing influence on customers’ recognition of products. SHARP participated in the super brand event held by Tmall, the biggest e-commerce platform in China boasting a considerable customer base, and hogged the spotlight with its quality lifestyle. The super brand event is aimed at promoting single brands and helping customers to find their favorite brands. Based on Tmall’s huge page views and abundant resources, SHARP has launched a precise marketing campaign to target customers. This innovative marketing embodies the attractive 8K smart home, opening a new chapter for consumption upgrading.

SHARP, dedicated to technological innovation, is bringing the best products to customers, thanks to the excellent manufacturing of Foxconn and the super brand event held by Tmall, triggering a radical change to public life. The newly launched 8K TV and 8k Ecosystem flag SHARP’s commitment to its customers, also expressing the concept of choosing SHARP for an ideal life.