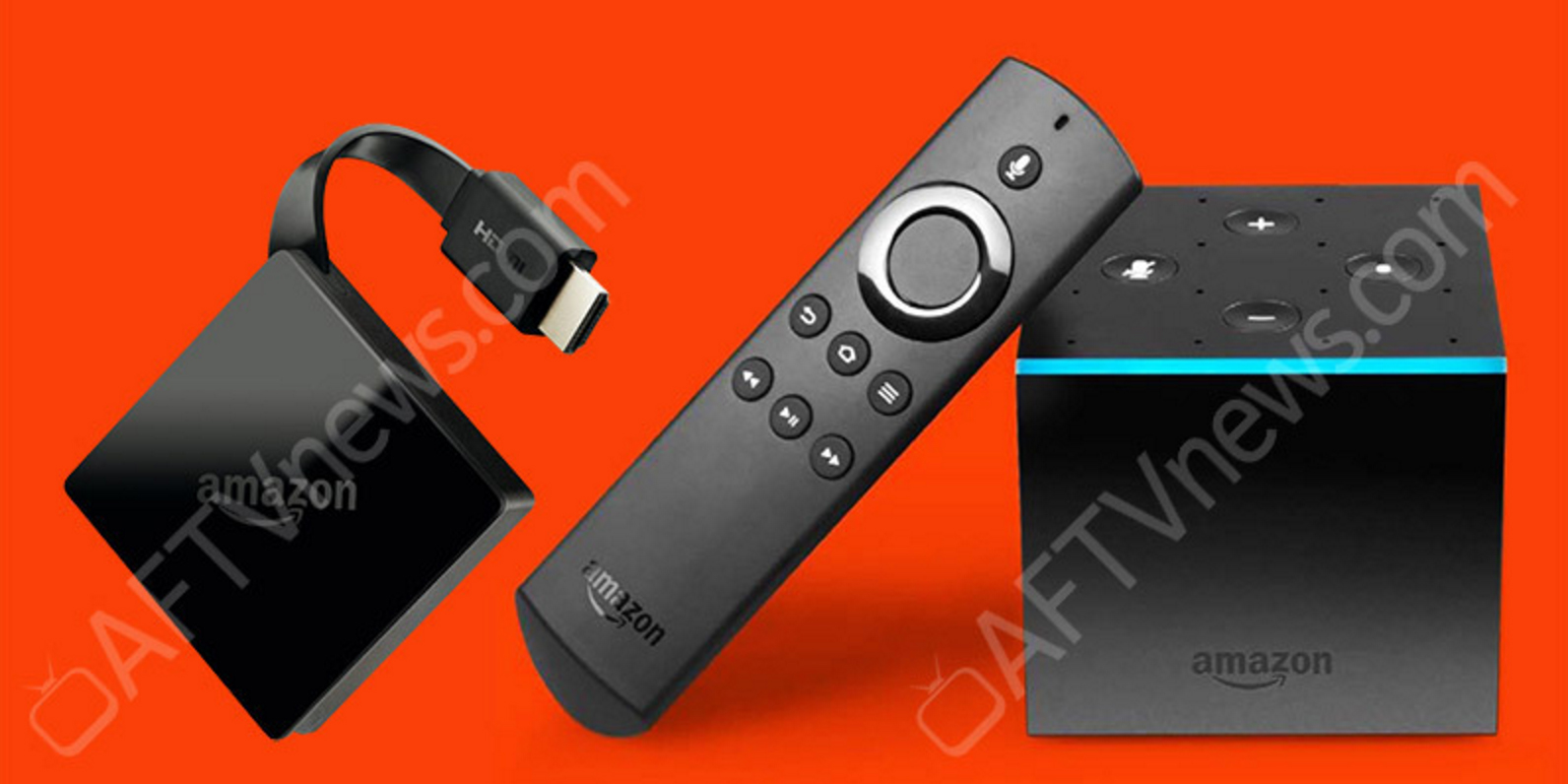 While you might be focused on all of our Apple event coverage today, there’s another leak that you might want to see, too. A new report this morning from AFTVNews details Amazon’s upcoming refreshed Fire TV lineup that includes a new Fire TV stick and an Alexa-focused set-top streamer with a familiar design.

Today’s report suggests we will see the upcoming models released prior to the end of the year. We’d expect to see fresh Fire TVs hitting online shelves in October, well before the holiday shopping season. This allows Amazon to build-up some anticipation prior to offering discounts on Black Friday and Cyber Monday.

AFTVNews reports that two 4K models with HDR capabilities are expected, with the streaming stick retailing for between $60-$80. It will likely be more expensive than the current low-end model available.

The Chromecast-esque design of the Fire TV dongle is expected to sport 2GB of RAM and 8GB of internal storage. It will be powered by a 1.5GHz processor and will sport Amazon’s in-house Fire operating system. Look for this upgraded model to be a natural competitor with Google’s Chromecast Ultra which has HDR and 4K capabilities.

Flipping over to the set-top box, the first thing that pops out is the Echo Dot design. On top of the square base is a nearly identical four-button layout that users are familiar with. We’ve seen this copied on a variety of other devices, too, including Anker’s Genie Speaker. AFTVNews says it will feature the same far-field microphones, LED light and a built-in speaker that Echo Dot currently offers.

Amazon will be bundling the larger Fire TV with an IR-equipped remote control that will offer compatibility with older displays that do not support HDMI-CEC. Given the added functionality of Alexa, mics and physical controls, reports are placing Amazon’s new high-end streamer at around $100 mark when it hits shelves later this year. The current-gen Fire TV has been unavailable for order in recent weeks, so today’s news of a refresh is hardly surprising.

It’s no surprise that Amazon will be refreshing its streaming media player lineup in short order. Competition continues to ramp up for both content and hardware on the eve of Apple’s keynote, where we are expecting to see a new Apple TV with 4K and HDR capabilities. It’s somewhat frustrating to see Amazon essentially copy Google’s Chromecast design, but most dongles these days are more or less identical. The Echo Dot-like looks of the larger Fire TV is likely to be a hit for hardcore Amazon users that lack affinity for Apple’s in-house streamer.