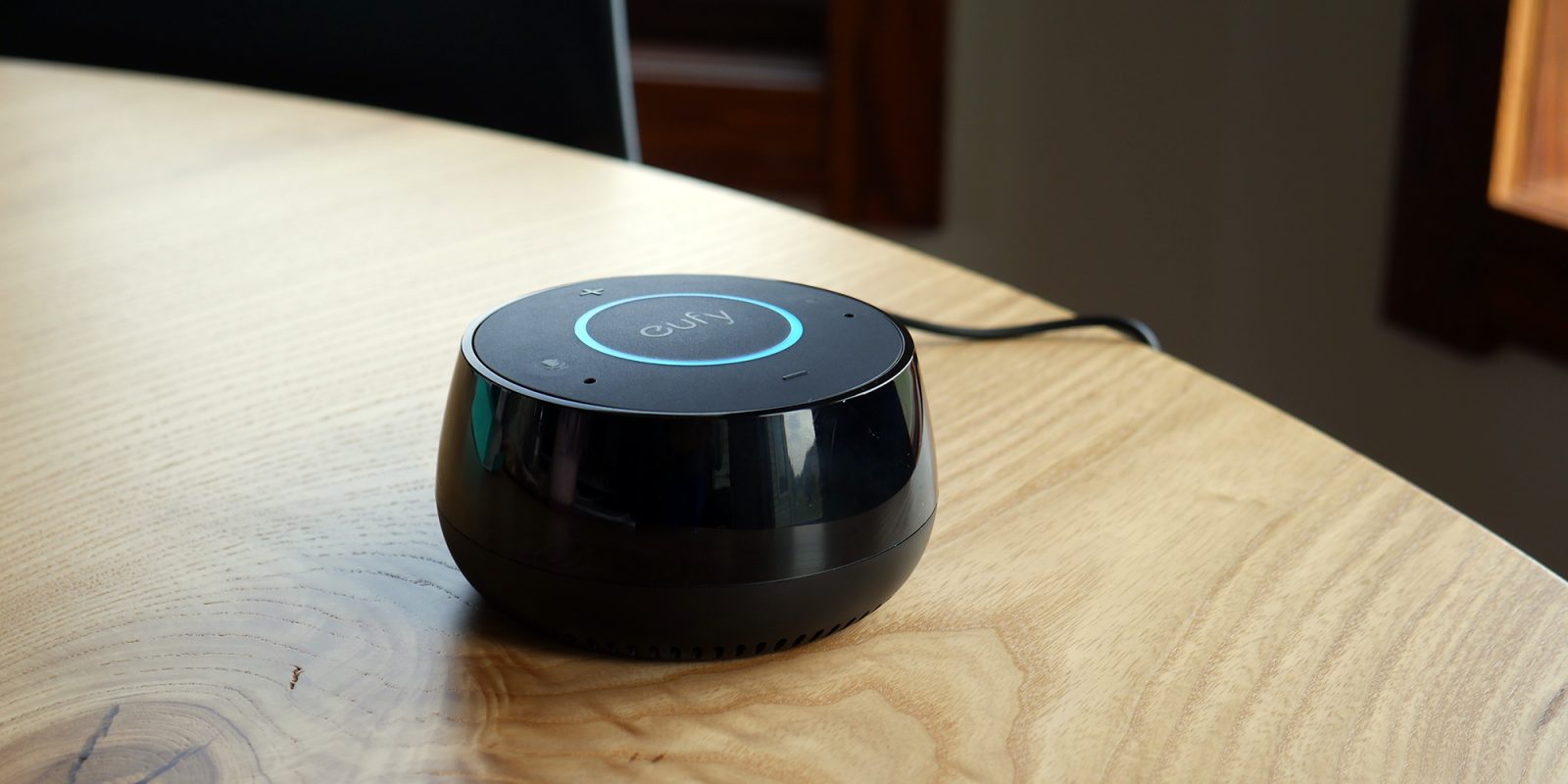 A few weeks back, Anker unveiled its new Genie Smart Speaker under its Eufy sub-brand. Without stepping on Amazon’s toes too much, it promised the full voice-assistant experience at a lower-price point than the in-house Echo Dot. Already priced at $20 less than the obviously comparable Dot, Eufy Genie sports many of the same features in a similar but unique form factor.

I’ve been testing out Anker’s latest creation for a while now and it’s time to deliver a verdict. It just so happens, the Genie Smart Speaker is also getting its first notable discount today, too. So at the deal price of $30, is the Eufy Genie a worthwhile investment?

For $30? Yes, it is. No-brainer.  If you’re looking to dive into the world of Alexa-enabled devices and you’re not attached to Siri or Google Home and those ecosystems, it’s tough to turn down this $30 device. Here’s why:

When Amazon first announced its Alexa-platform and subsequent flagship Echo speaker, it was clear that the $180 ($230 at the time) price point was going to be a hinderance to expansion over the coming years. The $50 Echo Dot soothed some of those concerns, but I’d argue that it was aggressive deal pricing every three to six months that really brought Amazon’s voice assistant into homes over the last two years. 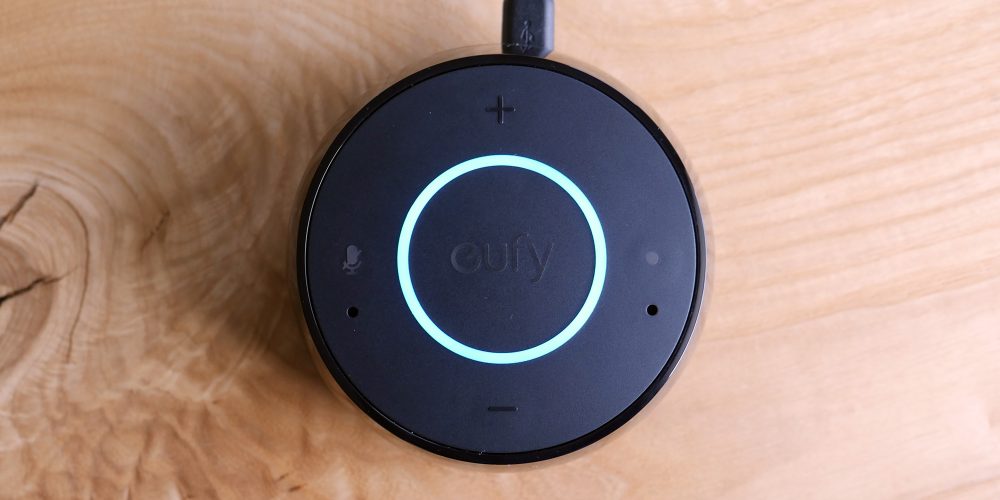 Avid followers of 9to5Toys know that the Echo Dot recently hit $35 on Prime Day and during Best Buy’s Black Friday event. It’s the type of aggressive pricing that makes it a ‘why not give it a try?’ purchase for most consumers.

By offering the Eufy Genie at $30, Anker is further pushing this device into no-brainer territory. It’s the lowest-cost entry-point into Amazon’s smart platform that we’ve ever seen (short of some limited availability refurbished discounts) and that’s why on-the-fence shoppers shouldn’t think twice. Also if you are buying a ton of these for every room in the house, $30 makes the idea reasonable.

Many have argued that the Echo lineup isn’t going to win any design awards in the near future. That’s a fair argument and looking through that lens particularly makes the Eufy Genie an easy purchase in comparison to the $50 Echo Dot. As you might expect, Amazon’s in-house handheld speaker has a better build quality and does sport Bluetooth connectivity while Eufy is bringing that feature later with a slightly more expensive model. But many folks will use this with the built in speaker or a wired Aux speaker.  The footprint is also smaller (read, not as tall) and the overall design feels sleeker. 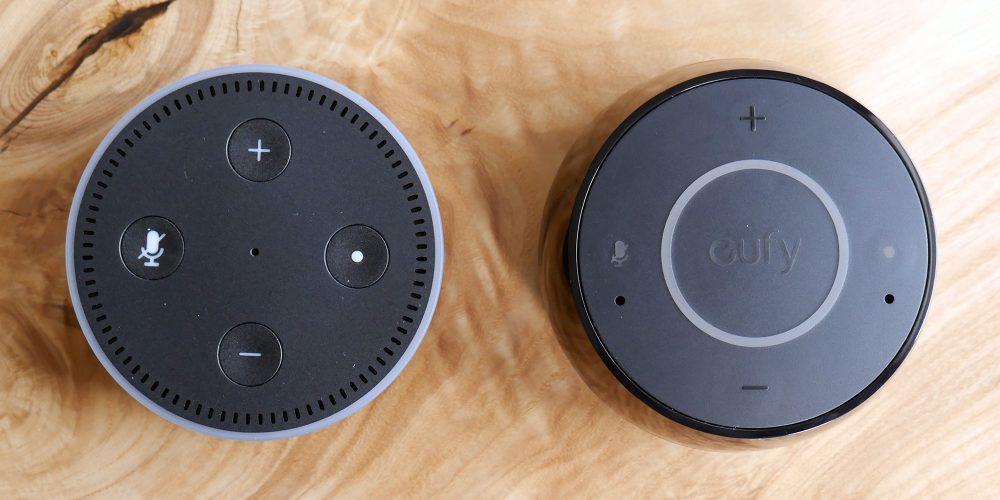 But here’s the thing, this isn’t an outdoor speaker. Chances are, you probably aren’t going to be displaying your Eufy Genie or Echo Dot proudly in your home. There is a good chance that you’ll tuck either device away in the corner and simply call out ‘Alexa’ when you need help. And for that reason, and maybe that reason alone, there really isn’t any justification for spending an extra $20 for a nearly identical feature set.

I won’t sit here and pretend that Eufy Genie is on-par with Amazon’s flagship Echo when it comes to performance, let alone the smaller Dot. Anker claims that you’ll experience the same level of far-field microphone performance as the in-house Amazon offerings, but I didn’t have that wow moment with Genie that many first time Alexa users enjoy. 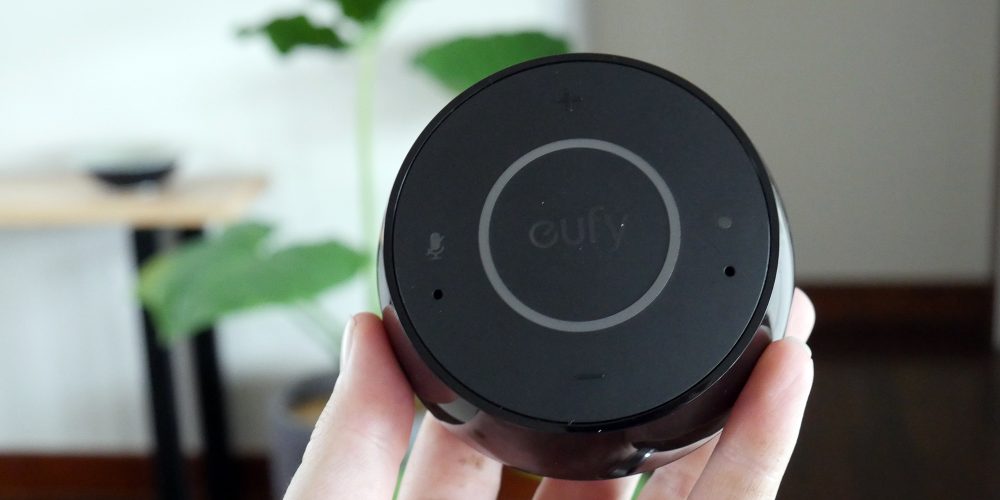 Both the Echo Dot and Eufy Genie suffer from the same small speaker effect you’ll find on just about any handheld piece of audio equipment. Both offer 3.5mm outputs to solve that issue if you have a larger system available, and that’s why neither plays streaming music well like the larger Tap or Echo. One sneaky feature of the Genie is that is does offer AirPlay streaming for iOS devices. This makes it a solid AirPort Express replacement.

The reality is, an internal 2W speaker isn’t going to get the job done on anything but spoken word. The good news is that many folks won’t ask the Anker Eufy Genie to play music. For those who will, here are some of our favorite Bluetooth speakers to pair with Eufy Genie: 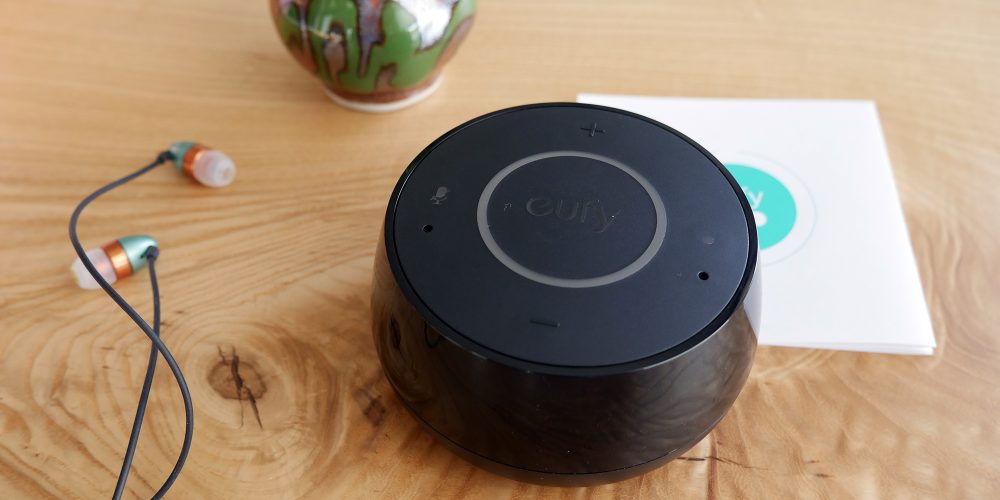 There’s not much else to dive into when it comes to the specs of the Eufy Genie. Setup and use are nearly identical to Echo Dot. There is access to Anker’s smart home platform, but that is still in its infancy with only one other applicable device released at this time.

Amazon’s Alexa platform will only continue to grow over the next few years as the online giant has proven that it’s interested in services well outside the realm of delivering books. The Echo remains the best Alexa experience on the market today. If you’re looking to go full force, that’s my personal recommendation. 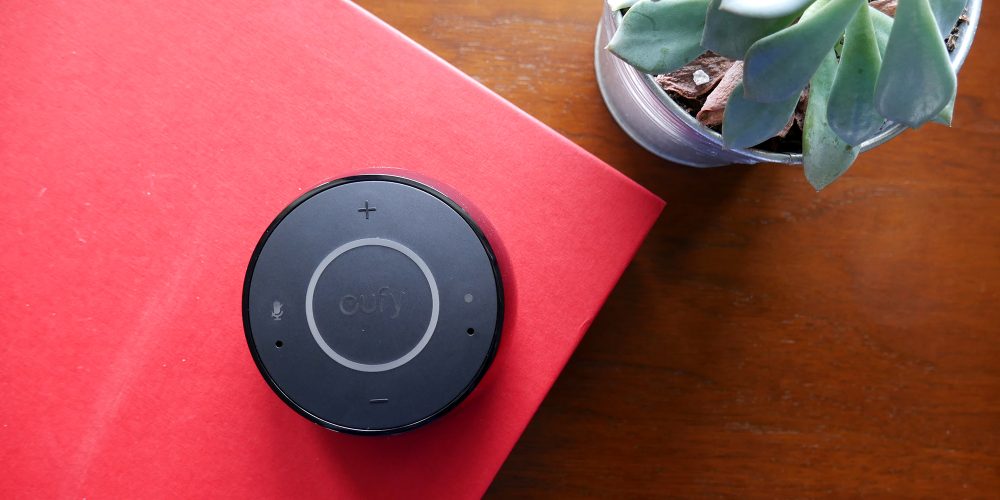 However, those looking to dabble in or gift Amazon’s voice assistant should really look at Eufy Genie. When outfitting your entire home, say with five speakers, the savings by going Eufy over Echo Dot is notable. At $30, it’s an easy purchase with little chance for regret.

The Eufy Genie Smart Speaker is available today (August 28th) through September 11th for $29.70 shipped. As well, Amazon is offering a free three-month subscription to its Music Unlimited streaming service with purchase (new customers only).