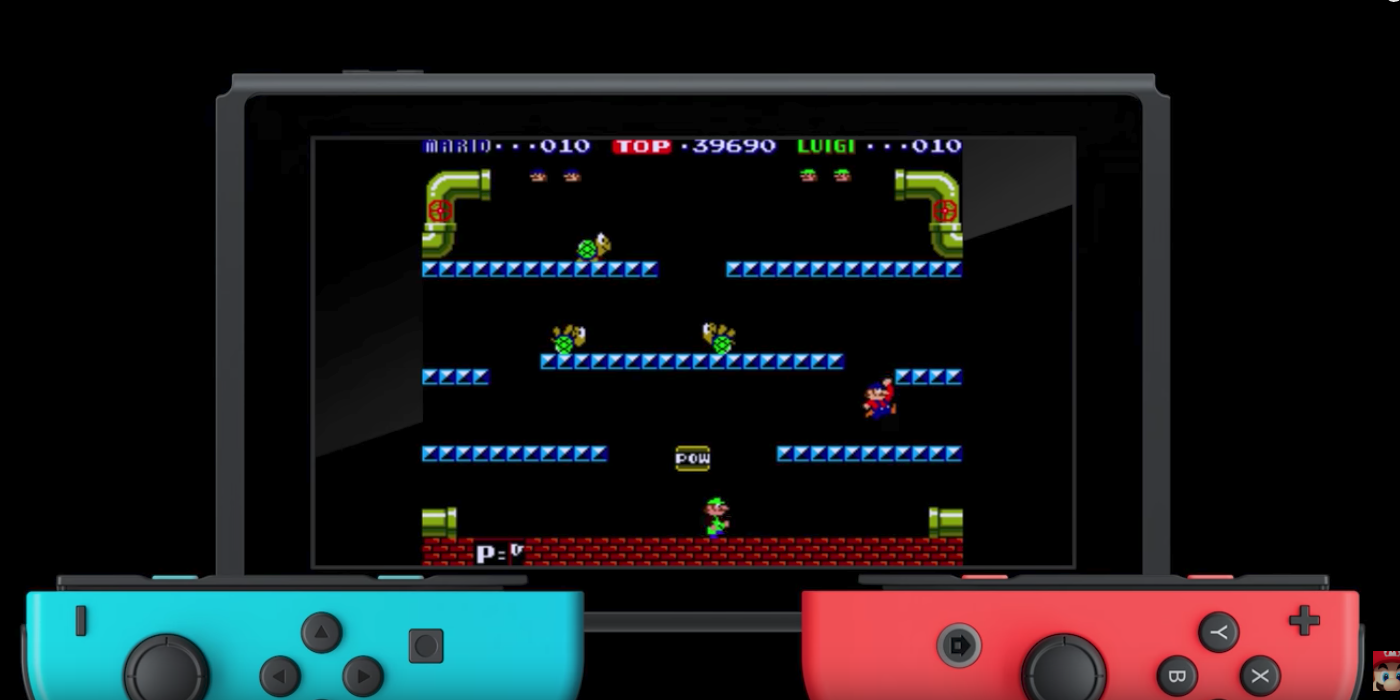 Nintendo’s Direct presentation last night had a number of intersting announcements including an official release date for Xenoblade Chronicles 2, the Mario Odyssey Special Edition Switch bundle, new footage for some of its most anticipated titles and so much more. While it only took up about 40 seconds of the 45-minute showcase event, Nintendo announced that some of the oldest titles in its library would be getting re-released for the Switch…

Published by Arcade Archives, Nintendo has decided to re-release some of its arcade games from the 1980’s for the very first time. It looks like they will be playable via the Nintendo eShop starting at the end of the month.

While Arcade Archives is responsible for bringing other vintage arcade games to PS4 and Xbox One, needless to say, don’t expect to see Nintendo’s classics appear on anyone else’s platforms.

Nintendo doesn’t necessarily have all that many arcade titles in its arsenal considering how fast it made the jump to complete living room dominance in the late 80s, but it doesn’t appear to be holding out on us either. We will be getting its original arcade games and the titles found on the Nintendo VS. System. For those that don’t know that was a short lived, coin-operated modular arcade set-up that was generally based on the original NES capabilities. Most interestingly, it featured altered versions of games we all know and love from the Nintendo Entertainment System including Super Mario Bros., Balloon Fight, Ice Climber and more.

For example, VS. Super Mario Bros. features a number of changes from the original, mainly the inclusion of more difficult stages from the fabled Super Mario Bros.: The Lost Levels. Some of the power-ups have also been moved or replaced. Punch Out!!, not be confused with the well known Mike Tyson’s Punch-Out!!, features a number of changes compared to the classic including considerably updated visuals, among other things.

Here is a complete list of the games Nintendo announced as coming soon to Arcade Archives:

First up will be Mario Bros. and it will be available on September 27th.

Here is even more details on Super Mario Odyssey and the rest of this week’s Nintendo Direct event.