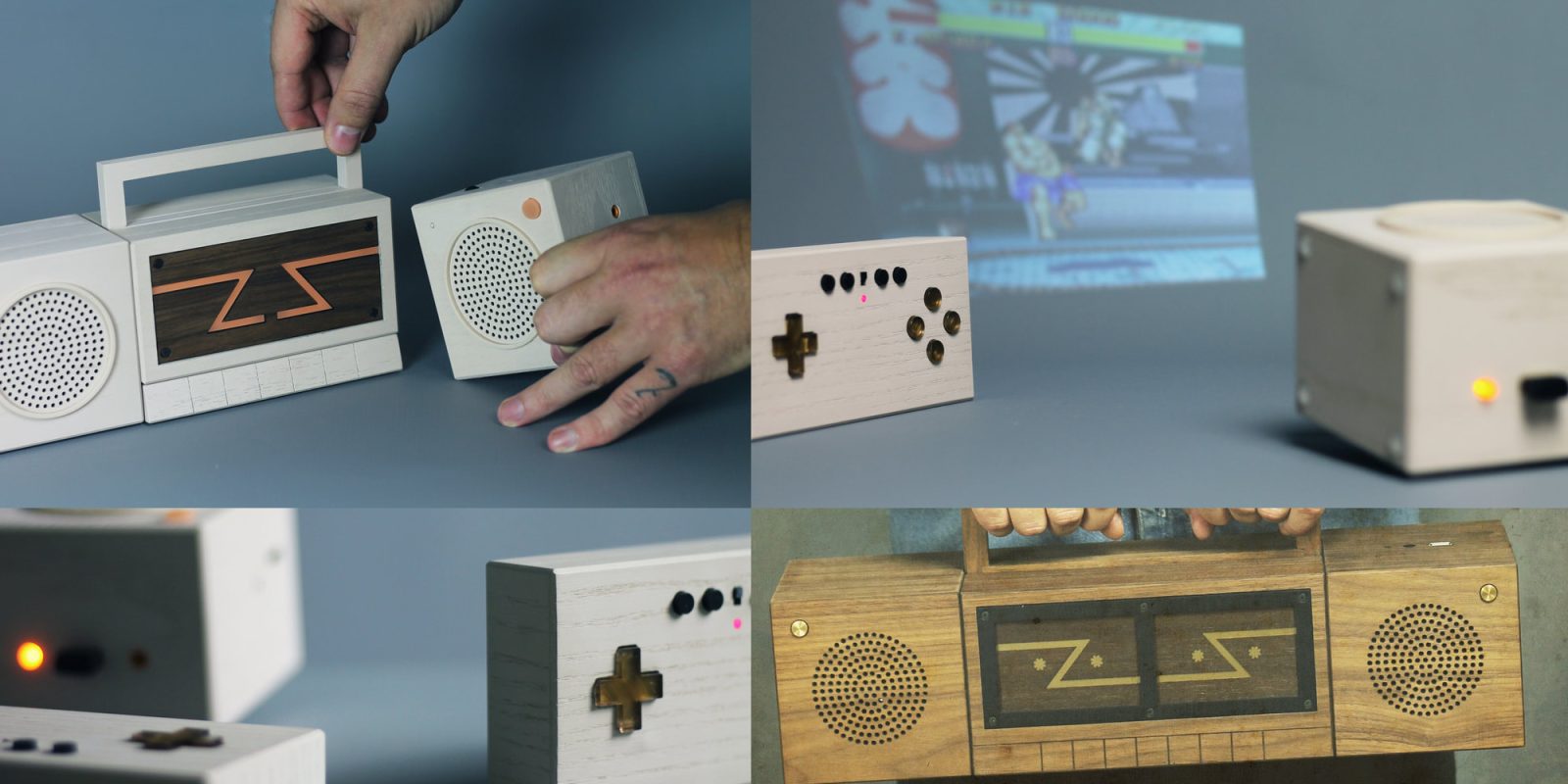 Love Hulten is well known for his gorgeous pieces of functional art from this 4K VR gaming rig to the vintage-inspired Astovox Hi-Fi audio system. All of his pieces feature a unique retro flavor in combination with beautiful natural materials to create some of the most intersting looking gadgets on the market.

Just recently, Hulten introduced the Zette vintage gaming system. The very limited run of consoles are disguised as a sweet looking retro cassette/FM radio boombox and are currently now up for pre-order.

Essentially a modular system, the Zette transforms from a boombox-style “artifact” to a vintage, ROM-based console. It uses a series of powerful and hidden neodymium magnets to stay together. That explains the lack of any external adhesives or screws and makes the transformation process a little bit more simple.

Inside the left speaker a small computer is housed to support classic console emulations from all your favorites including NES, Super Nintendo, Atari 2600, Game Boy and many more. According to Love Hulten, gamers will be able to store as many as 10,000 titles on the system using a simple USB transfer process. The other speaker is actually a speaker and doubles as a storage area for all the charging cables and more.

You’ll also get a pair of wood controllers on top of the built-in DLP LED projector. While the 640 x 480 native resolution certainly isn’t anything to get overly excited about, most of these classic games play better on the old school resolution anyway. It also means this is actually quite a portable machine, essentially allowing for classic gaming anywhere you can find a flat surface to run them on. You’ll need to be about 0.3 to 3 meters away from the projection surface for optimal picture quality.

That brings us to battery life. A built-in 2600mAh battery provides about 2 hours of portable gaming on a single charge. Although you can use it plugged in while your charging up. On that note, it might be a good idea to bring along one of those standard external USB power banks you have laying around in case you run out of juice at the wrong time. 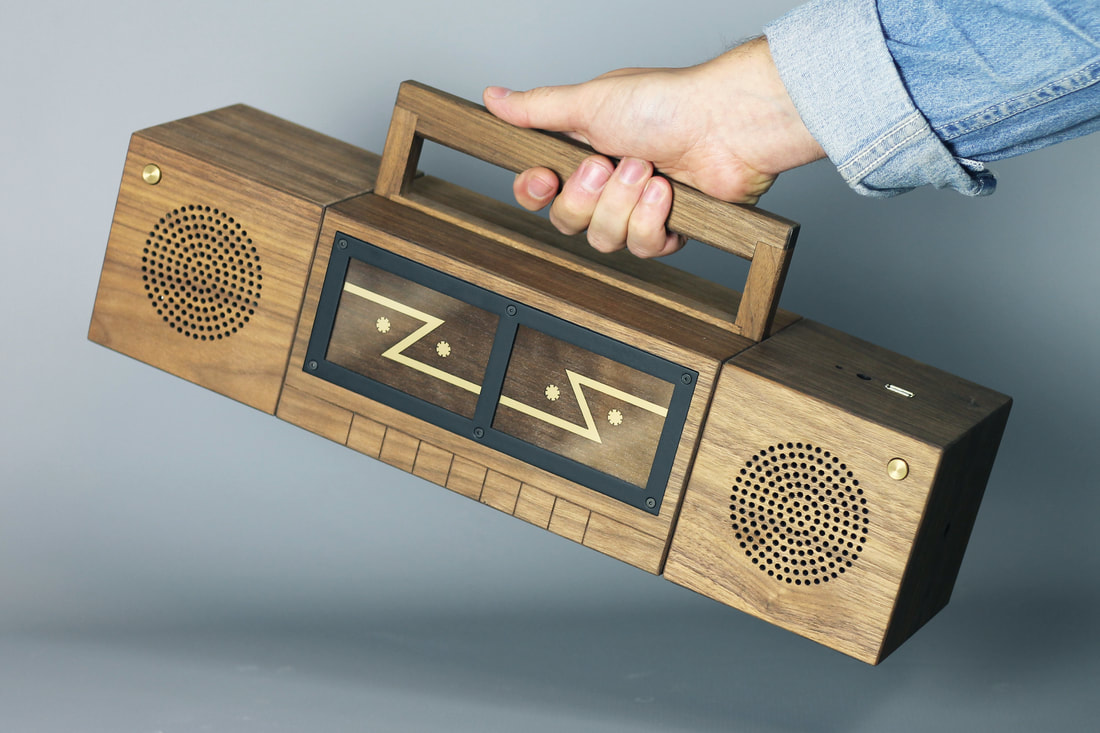 As usual with Love Hulten, this will be a very limited run and quite expensive. Each of the 25 available units will be signed and numbered before you drop down the $2,255 asking price. And that’s just the standard model with typical gamepads, if you want to arcade version it will run you around $2,850.

Additionally, you can drop down an extra $70 or so to get a load of games pre-installed or another $100 to customize the color of the wood.

All things considered it might be easier to get than Nintendo’s classic console remakes, but it is insanely more expensive as well. in the meantime, here are some of the best (and most affordable) ways to play classic Nintendo, Sega & Atari games on your big screen, starting under $20.

A complete two-player system divided into four main segments – a system console, two wireless joypads, and an additional loudspeaker for stereo. The main console hosts a built-in DLP LED projector as well as a computer emulating classic consoles like the NES, Atari 2600, Game Boy and many more. It is capable of storing over 10.000 game titles – add your own favorites through USB and create a personal game library. A 2600mAh battery provides two portable gaming hours per charge, but the Zette System can also be used while charging. If you’re in need of more battery time, any standard external USB power bank will give the console some extra hours on the run.