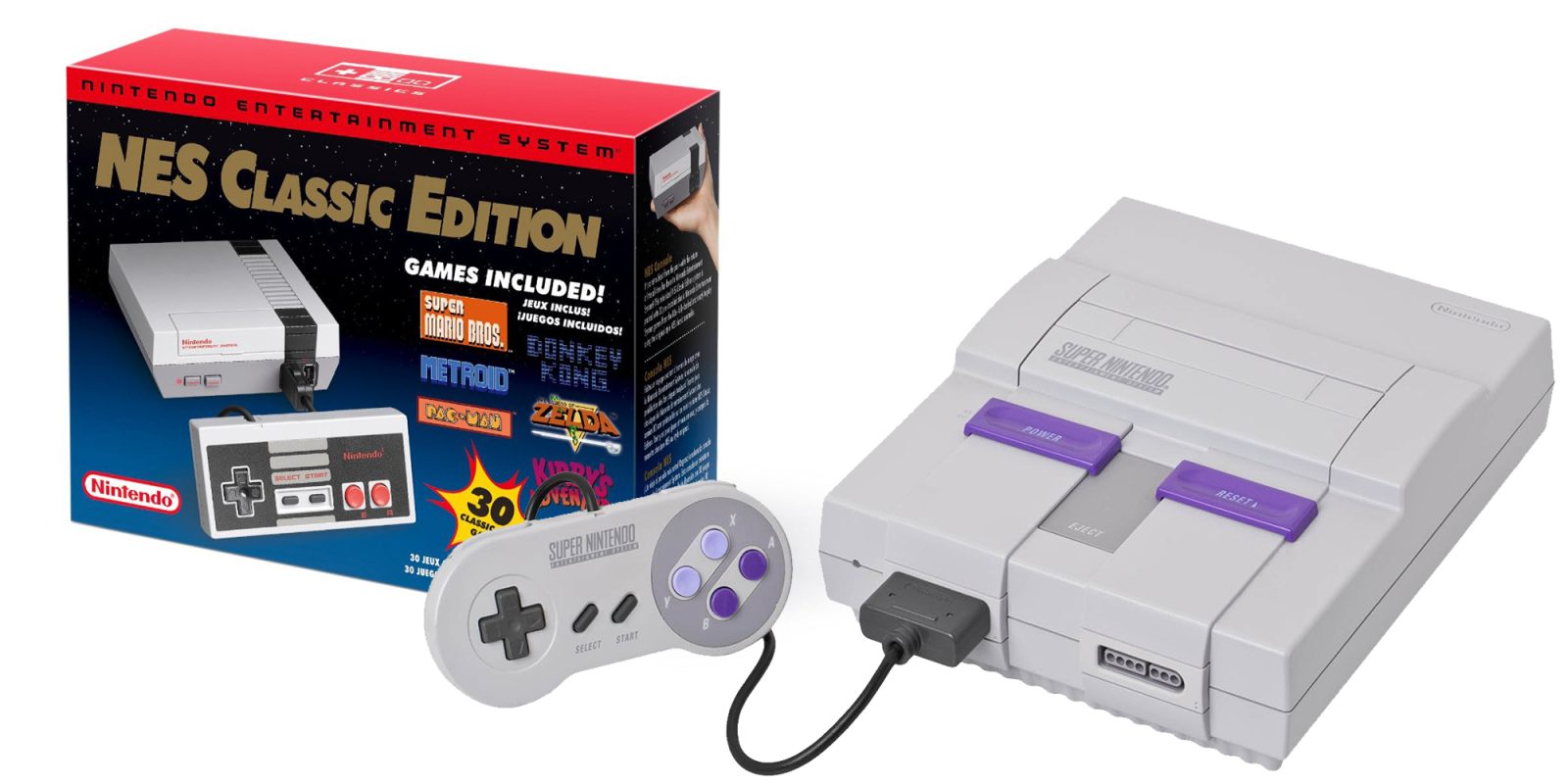 Nintendo has had an incredible run over the last 12 months. It can hardly keep Switch consoles on store shelves as we lead up to the holiday season. Not to mention, demand is through the roof for its upcoming SNES Classic release.

This morning, Nintendo put out a bit of news that is sure to excite gamers. Not only will production of its SNES Classic console be ramped up in the coming months, Nintendo also announced that the original NES Classic from 2016 is coming back too. If you recall, this vintage gaming platform was one of the hottest releases last holiday season as pre-orders continually sold out. Full details below.

We’re just a few weeks away from the release of Nintendo’s SNES Classic console. But to this point, the $80 bundle has sold out almost instantly the moment that pre-orders have popped up. GameStop offered brief in-store reservations but even those were very limited.

The upcoming SNES Classic offers 21 popular titles including Super Mario World, The Legend of Zelda: A Link to the Past, Super Metroid and the previously unreleased Star Fox 2. Nintendo is also thankfully including two wired controllers this time around with longer cables, something that plagued the original NES Classic.

It appears that Nintendo has finally listened to the cries of consumers. Today’s news promises increased inventory with “with subsequent shipments arriving in stores regularly.” More SNES Classic units are expected to be delivered on September 29th than all of last year’s release combined. Despite today’s news, we still expect Nintendo’s latest release to be tough to come by throughout the rest of the calendar year. Be sure to follow @9to5Toys on Twitter, where we’ll be posting pre-order links when available.

There aren’t many details on Nintendo’s plans to bring back the NES Classic next year at this point. A summer 2018 ship date is all that we know, with little additional information coming in today’s press release (which you can see below). One can assume that the $60 price tag will continue but we’ll have to wait for official confirmation. We’ll update this post when additional details become available, likely in the Spring of 2018.

REDMOND, Wash.–(BUSINESS WIRE)–Due to incredible demand for the upcoming Super Nintendo Entertainment System: Super NES Classic Edition system, Nintendo plans to ship the retro-inspired product into 2018. Originally, shipments were announced to cease at the end of this calendar year.

In addition, more units of Super NES Classic Edition will ship on its Sept. 29 launch day in the U.S. than were shipped of NES Classic Edition all last year, with subsequent shipments arriving in stores regularly. Fans have shown their unbridled enthusiasm for these Classic Edition systems, so Nintendo is working to put many more of them on store shelves.

Note to editors: Nintendo press materials are available at http://press.nintendo.com, a password-protected site. To obtain a login, please register on the site.