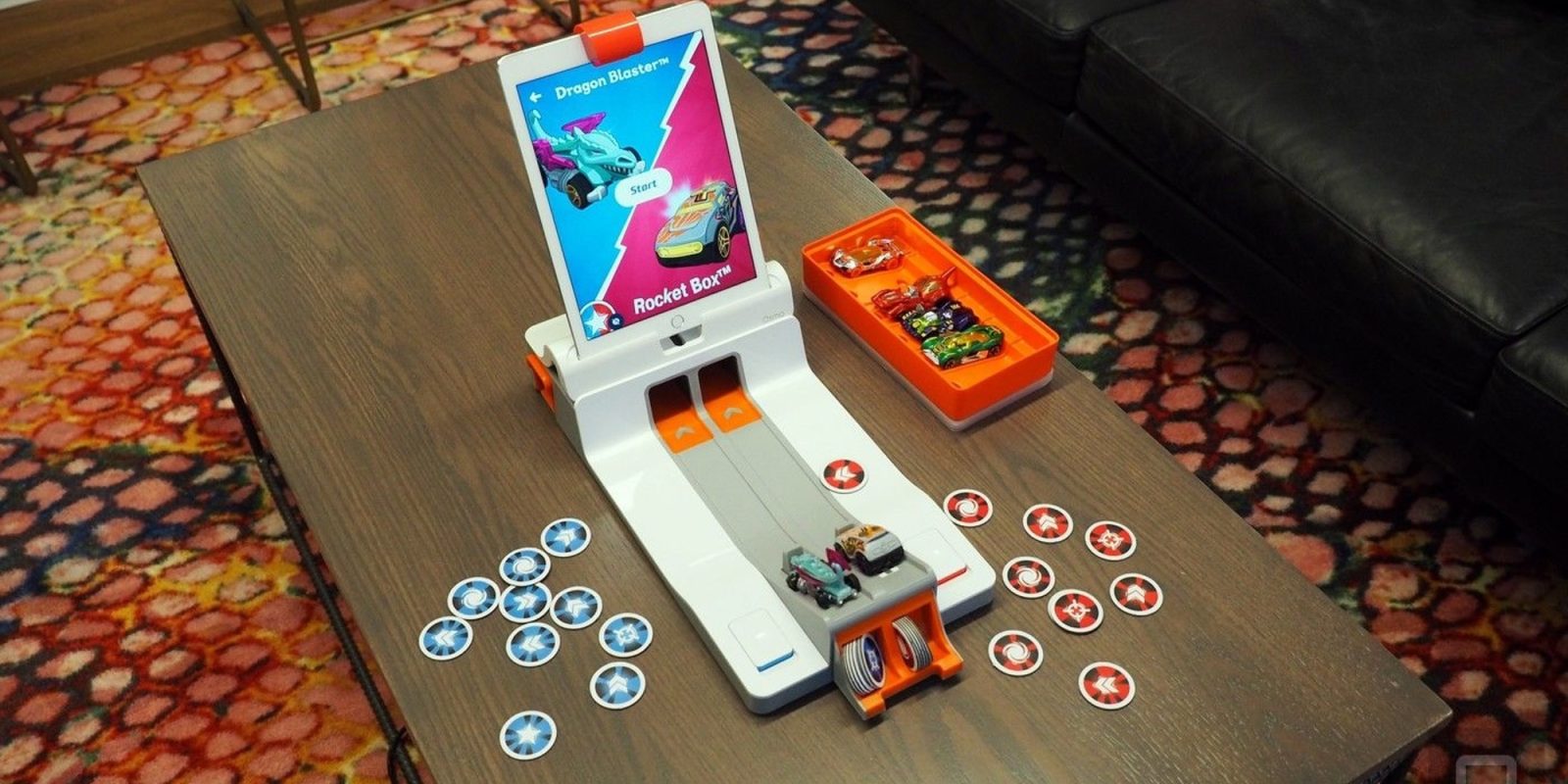 This morning Osmo, the educational platform on iPhone and iPad for kids, announced it’s adding a new game to the mix. It’s called MindRacers and it works along with real Hot Wheels toy cars. MindRacers is meant for both boys and girls to play, ages 7 and up.

You may be asking yourself: How do Hot Wheels cars mesh with iOS devices for interactive play? Well, children can use the cars to start up races on a virtual track. They’ll be able to race through eight different worlds that deliver “thrills and challenges around every corner.” Each MindRacers set comes with six different Hot Wheels cars that have their own “unique personalities and super automotive powers” in the digital arena.

This is how MindRacers works: the iPad recognizes each car when placed in front of the camera, and then it puts those exact vehicles onto virtual tracks. You and your child can race each other one-on-one in competitive mode. Or work together to win challenges in cooperative mode. You can even race by yourself against the built-in competition. Either way, MindRacers is there to test your skills and provide hours of fun and learning.

We’re thrilled to announce Hot Wheels MindRacers it’s the coolest new game for boys and girls. Play fast, think fast and get ready to hit the track with real Hot Wheels cars that come to life in epic digital worlds.

The speed at which each vehicle reaches in the race depends on a series of tokens each player gets. These red or blue discs are thrown onto the track during the race and they have the ability to speed up your car or slow down your opponent’s car. You’ll find there’s a bit of strategy involved in figuring out what to throw down and when.

The basic Mindracers set will include a plastic track base and a set of six different cars. The larger kit includes a detachable base for the iPad, which makes it possible to use the set with other Osmo games. All the pieces and parts snap together so the set can be stored as one small container. There’s even a compartment for the tokens. As for the cars, they come with their own carrying case.

MindRacers is suggested for kids ages 7 and up and is available starting today as an add-on to existing Osmo sets for $59 at PlayOsmo and Amazon, or as a $79 Kit, including an Osmo iPad Base at Best Buy.