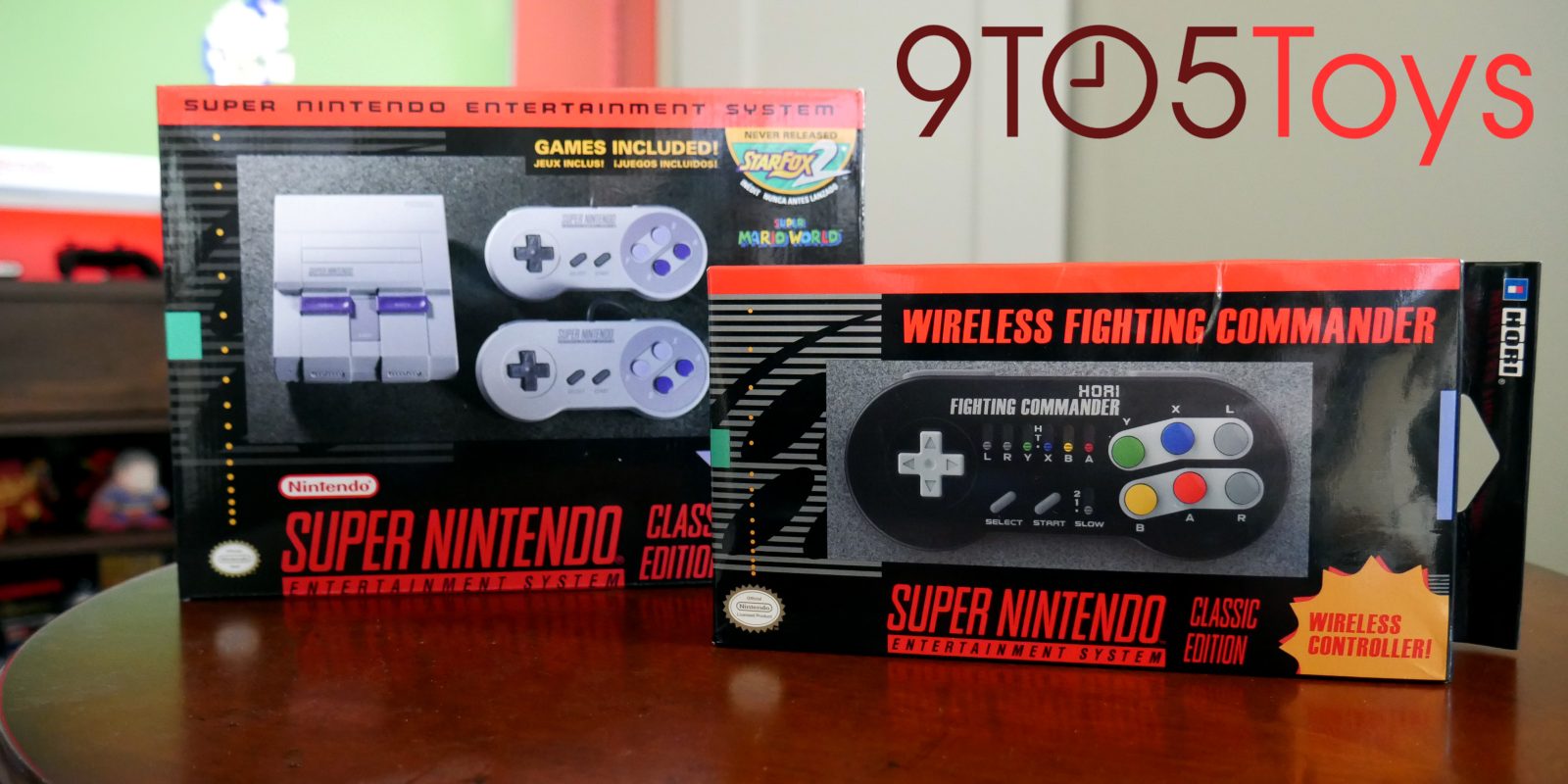 Update: the winner is… @GerrieJoe. Thanks to everyone that entered our contest!

Want a SNES Classic? Well this might be your lucky day. We waited in line, did the dirty work and now we’re ready to give one away to a lucky reader. Head below to find out how you could win this holiday’s most sought after console and the new Hori Wireless Fighting Commander Controller.

SNES Classic comes with 21 pre-installed games, two controllers and everything needed to enjoy the vintage 16-bit experience. We’re even throwing in the new Hori Wireless Fighting gamepad that was announced earlier this week. There’s so much to love about the SNES Classic that it’s difficult to put it into words, so here’s Nintendo’s take:

The Super NES Classic Edition system looks and feels just like the original ’90s home console, except it’s super small. Play 20 classic Super NES games plus *gasp* the never-before-released Star Fox™ 2 game! Yep, you read that right: two controllers. Play some of the best 2-player games of the era, including Super Mario Kart™ and Street Fighter® II Turbo: Hyper Fighting. An all-new feature lets you rewind a minute or more based on your game’s last suspend point. Each game can save up to four suspend points.

How can you enter to win? Simply share this post on Twitter and Facebook and you’ll be automatically entered. We’ll announce the winner next Friday, October 6th right here. Note: open to United States readers only.