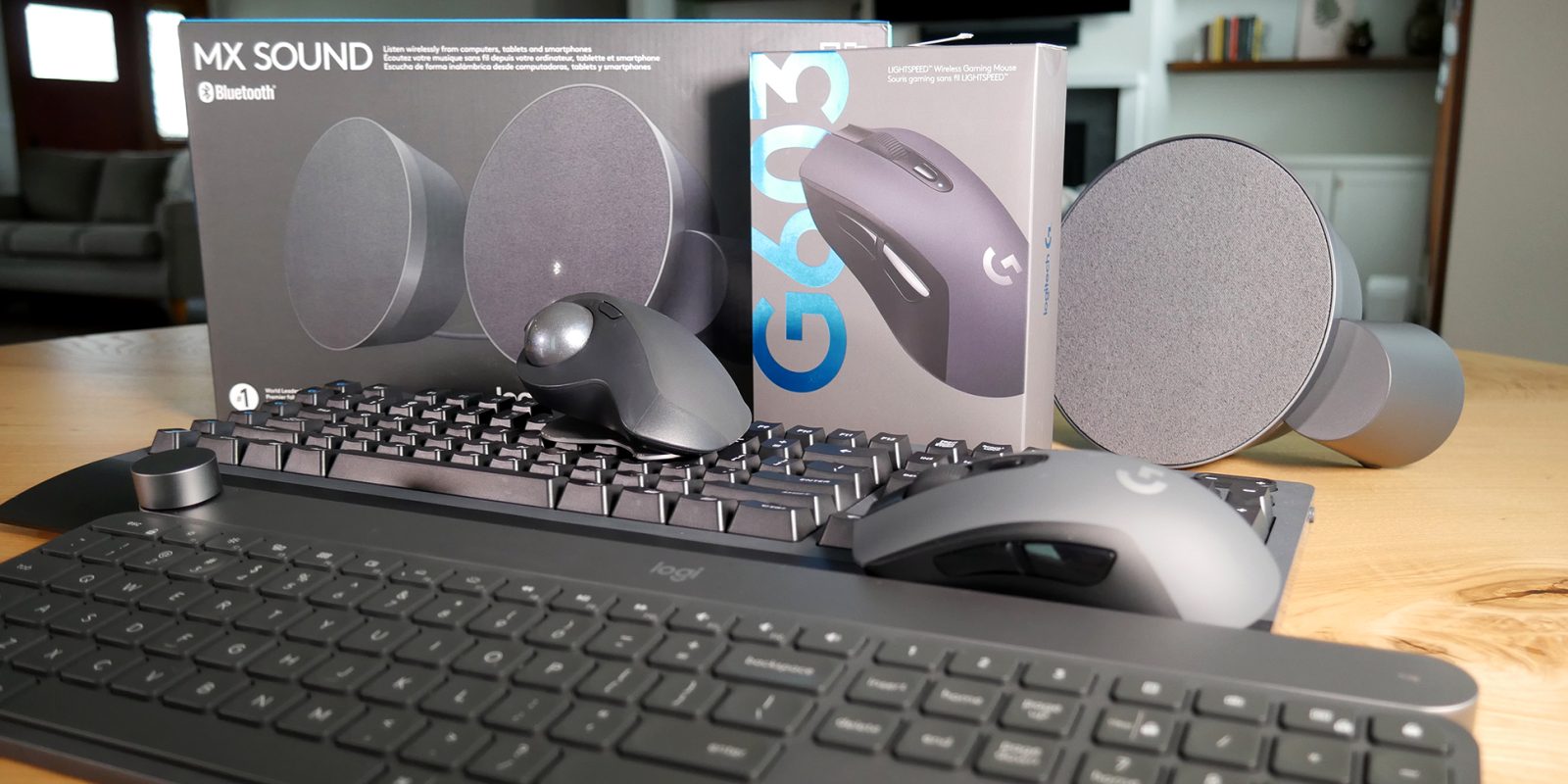 Logitech has taken full advantage of the last few months, unveiling a number of new Mac and PC accessories in its Craft, MX and G lineups. That includes the much anticipated Craft keyboard as well as the return of the trackball with its new Ergo mouse. All told, five new products were introduced and I’ve spent the last few weeks tinkering with each. Head below for a brief hands-on look with each of Logitech’s new accessories.

Those that have used Logitech’s wireless products in the past know that there are two connectivity options with most of its accessories. I’ve always leaned towards the included USB dongle because in my experience the connection has been more dependable. My last two Apple purchases, a 5K iMac and MacBook Pro with Touch Bar have both been plagued with Bluetooth issues, especially with third-party devices. That makes Logitech’s included dongles a welcome addition to my setup, despite the lack of a USB-C option.

I’ve long been a fan of Logitech’s line of audio equipment. Walking the line between quality and price, Logitech has done an exceptional job with its speakers, giving consumers an option for just about any scenario. Its previous releases have largely focused on traditional 2.1 and 5.1-channel setups, with function serving as a priority over design. That’s not the case with the new MX Sound Speakers.

Audio is largely subjective, whether you’re making use of headphones or speakers. Logitech delivers enough punch on its MX Sound that most consumers will be pleased with the audio quality, no matter the source or genre. But its Logitech’s unique design cues on its latest $99 speakers that make this pair worthwhile. I love the fabric-covered circular design that depart from the standard towers that we’ve come to expect. Logitech opted for touch-sensitive controls on the front which aren’t my personal preference (for fear of a shorter lifespan) but the functionality was all there. 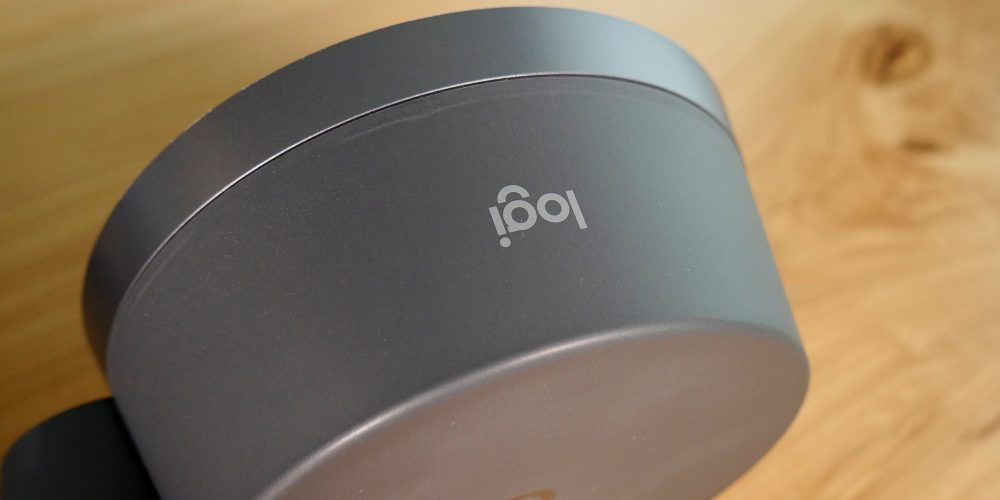 The new MX Sound Speakers support Bluetooth 4.1 alongside integrating 3.5mm inputs and a headphone jack. At $99, it’s an easy buy for those looking to go beyond an integrated Mac speaker setup.

When Logitech first unveiled its new Craft keyboard, I was immediately drawn to its integrated Crown that offers app-specific controls. Reminiscent of Logitech’s MX line of mice, the customizable capabilities here are going to be a fan-favorite for weekend warriors looking for that extra bit of control within popular apps like Adobe’s Creative Suite and other software. Utilizing Logitech Options is a must in this instance, as the initial settings can be somewhat confusing to keep track of. But after customizing my preferences for Chrome, Photoshop and other daily-driver apps, I found myself spinning the Crown relentlessly. It’s a perfect solution for quickly adjusting brush sizes or skipping between tabs. 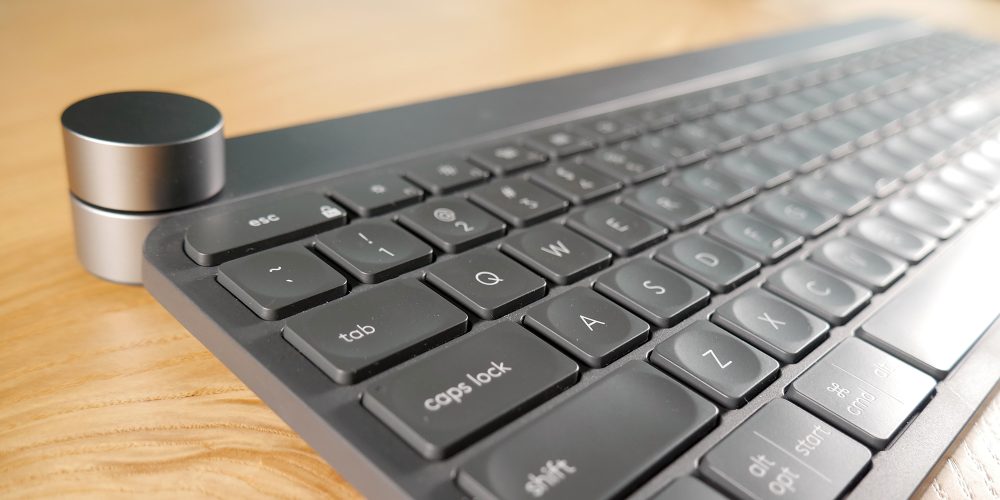 Craft finds itself somewhere between Apple’s MacBook and a mechanical keyboard. You’ll get a deeper press than the former, but not the same satisfying click as the latter. I’m a huge believer in mechanical keyboards, so diverting from my beloved Das often leaves me unsatisfied. That said, the Craft is my favorite non-clickity-clack option that I’ve used in years. The keys are responsive and the optional illumination is a welcome feature. Oh, and it charges via USB-C, thank goodness. 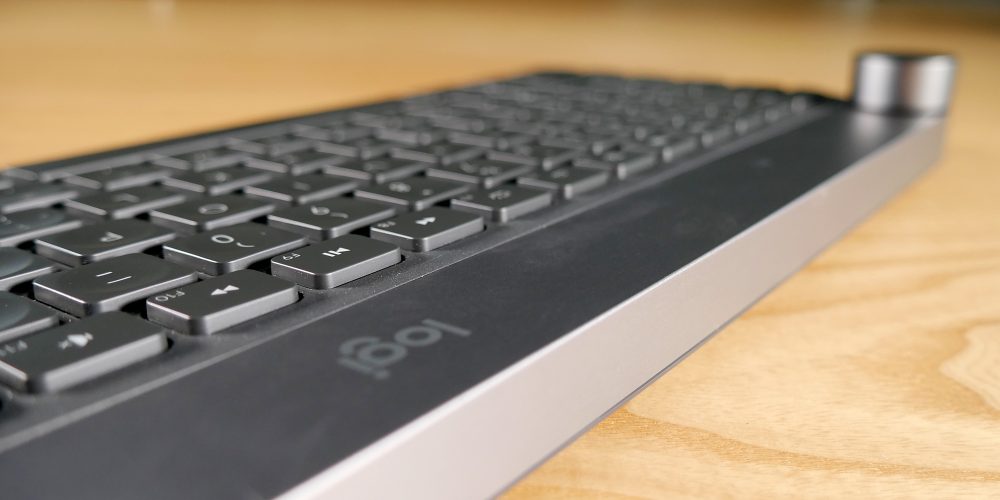 For creative types and the like, Logitech’s new Craft keyboard is easy to recommend. At $200 it is a pricey investment, but if you don’t require a mechanical feel, you won’t be disappointed.

Be still, my heart. It’s been a long time since I’ve had the pleasure of tooling around with a trackball but Logitech brought me back with its new ERGO accessory. If you’ve used the MX Master, you know how unwieldy it can be at times. The ERGO takes that to a whole different level. Logitech does a great job of offering full customization within its Options software suite to assign functionality to the integrated buttons. There is the same familiar hyper-fast scroll wheel that we’ve come to love and the sculpted shape feels right at home during extended hours of use. 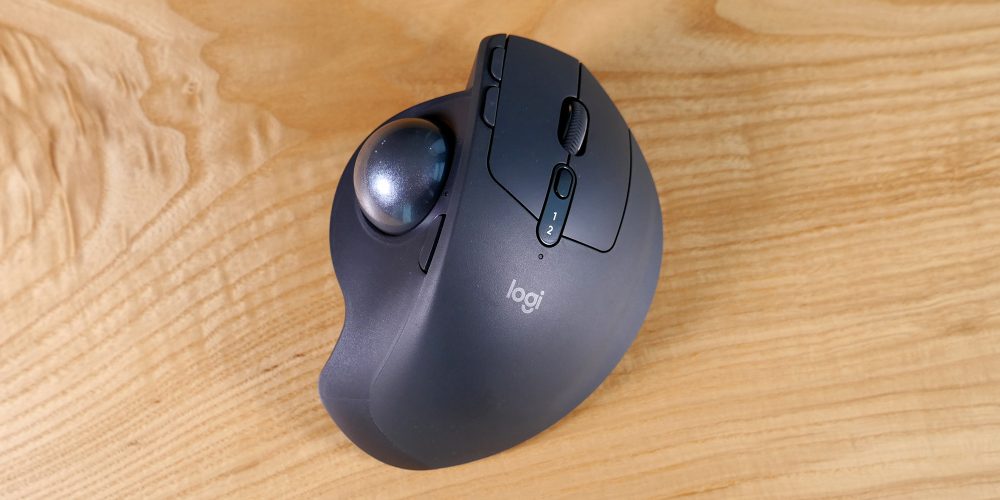 Like any trackball, there are specific uses that fit the bill better than others. Those of us that make similar movements repeatedly throughout the day will find the ERGO is a great companion. The trackball is smooth and accurate, and is even removable for cleaning if needed. The one major downfall here is its right-handed design. Lefties are currently left out in the cold at this time. Sorry guys. ERGO charges via an integrated microUSB port and has a battery life rated at four months of consistent use.

Logitech has priced the ERGO at $100, which is a jump from the rest of its MX line of accessories. But if you’re a trackball diehard, I’m willing to guess that you don’t mind the price tag.

Touted as a “next-gen wireless gaming setup” Logitech has high hopes for its latest G-series wireless accessories. Admittedly, I’m somewhat outside of the target audience here as my Mac usage revolves around writing and content creation. But Logitech aspires for both of these devices to serve multiple functions, so I’ll offer some quick thoughts here.

After tooling around with the Ergo Trackball and multiple MX devices, I instantly saw a noticeable difference in the G603 build. It’s lightweight and almost feels cheap. Logitech has done such an exceptional job with materials on its consumer-focused products that I’ve been trained to expect a heavier feel. The lightweight design does lend itself to fast performance and lower fatigue, so it’s largely going to be left up to your personal preference here. 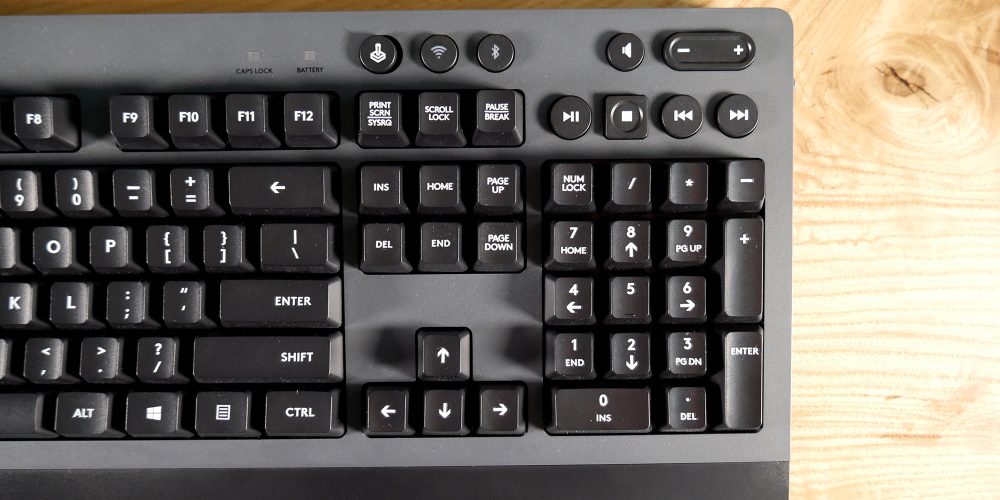 Logitech’s new HERO sensor delivers 1ms response times and up to 10 times the power efficiency in comparison to previous generations. A switch on the bottom allows users to toggle between high and low performance, which essentially equates to gaming and non-gaming activities. There are six programmable buttons and the ability to swap between five sensitivity settings on the fly. My one qualm, you’re stuck with AA batteries here. The G603 wireless mouse retails for $69.99. 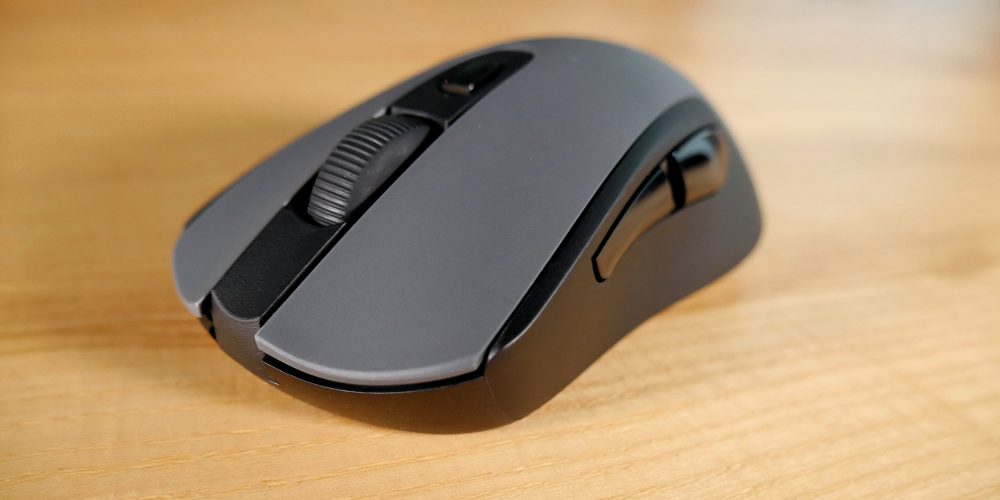 Both the G603 and G613 utilize a new proprietary Lightspeed connectivity system, that offer advantages over the usual USB dongle that Logitech includes. Response times of 1ms highlight a laundry list of features gamers are sure to love. The only downfall is that existing Logitech customers may have to depend on a dual-dongle setup if employing other in-house accessories. Logitech’s G613 wireless keyboard sells for $149.99.

Logitech continues to stand at the top of my list when it comes to customization and features across its entire lineup. The MX Speakers and Craft keyboard are the easiest to recommend of the bunch, primarily because of its Mac-friendly design and exceptional performance. I found myself wanting to not only use, but also customize the features on both to fit my needs on an hourly basis until my setup was perfected. You won’t be disappointed with either product.