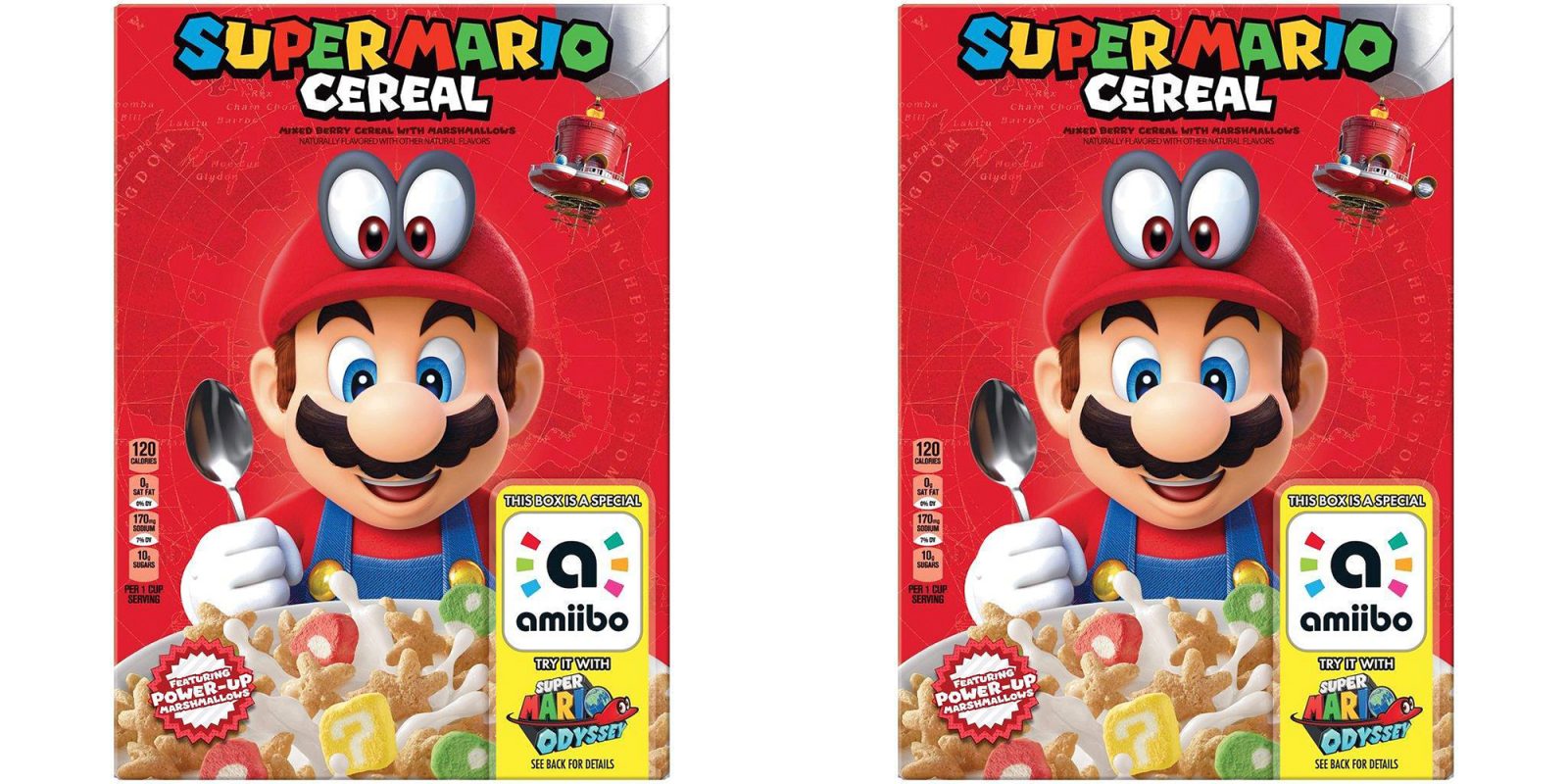 Update: Nintendo has now confirmed via Twitter that it will be releasing the new Super Mario Cereal on December 11th.

Earlier this week, rumblings started that Kellogg’s would soon be rolling out a new Nintendo-themed cereal to stores nationwide. According to a report from Cerealously, this appears to be coming to fruition. For the first time since the original Nintendo Cereal System that was discontinued 28-years ago, it looks like Mario (and Cappy!) will be adorning the shelves of your local grocery store.

Along with a colorful box that’s sure to be a collector’s item for any Nintendo enthusiast, Kellogg’s is said to be also including a bit of integrated technology here as well. Rumor has it, there will be amiibo features for Super Mario Odyssey here that will unlock additional content for game owners.

Nintendo diehards will remember the Nintendo Cereal System from the 80’s that had a three year run with both Super Mario Bros. and Zelda flanking the front of the box. That rendition featured two bags inside containing different cereals, one fruity and another berry. Details are still a bit sketchy on why berries lost ‘fruit’ status back then. This version shipped with trading cards, a Nintendo character sticker and the chance to win a Power Pad controller or Super Mario cereal bowl. If this vintage relic that sold for over $200 in 2010 is of any indication, Nintendo-heads are ready for another serving.

Flashing forward to 2017, the rumored Super Mario Cereal will feature a mix of star-shaped oats and Lucky Charm-esque marshmallow pieces in the shape of familiar power-ups. That includes coin boxes, as well as Super and 1-Up Mushrooms. The detailed box shown above sure does look legit and the limited-run inclusion of amiibo is a fun way to bring in current-day gamers as well. 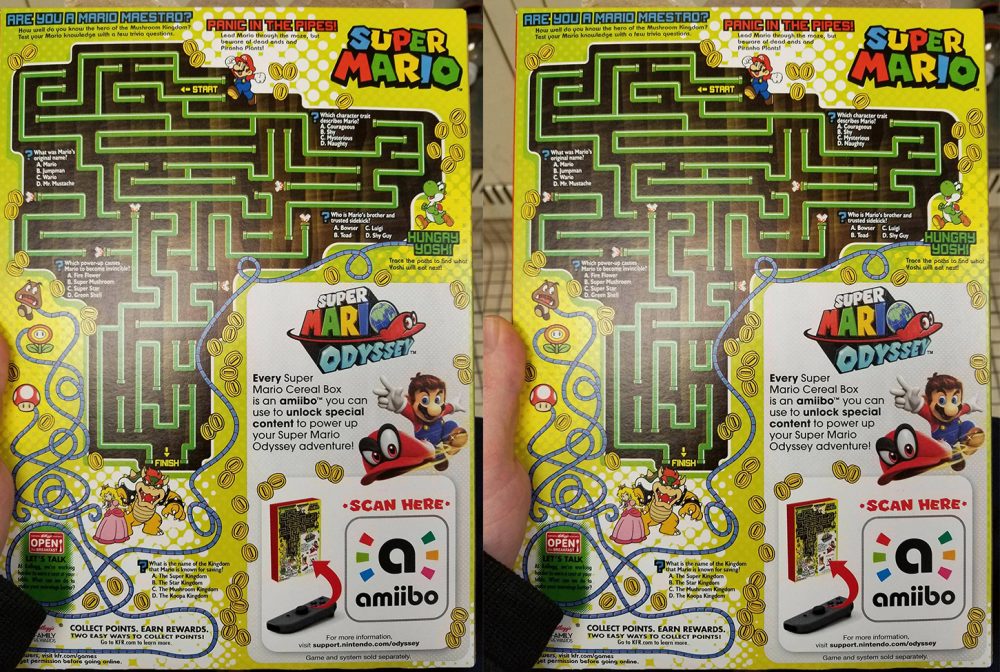 Now, it would have been an over-the-top move by Nintendo to include an actual amiibo in these boxes. But with most releases going for around $10+, it’s hard for Kellogg’s or Nintendo to justify the cost there. Instead, we’re getting some kid of integrated chip with the box that will unlock extra content for Super Mario Odyssey. There’s no telling how many units will ship with an amiibo chip or what unlocks will be included for the game. One thing is for sure, this will be a hot-ticket collector’s item for years to come if it is as limited as we expect.

At this time, we don’t have a concrete date on this pending release. Twitter user Wario64 unearthed a Target listing which all but guarantees that this new sugary version of Mario is coming to fruition. It looks like it will be priced competitively with other cereals on the market with most stores showing listings at around $3. A Reddit user also came up with a look at the back of the box as well.

In the meantime, you can check out all of the Super Mario Odyssey amiibo that are available today. Prices start at around $13 with Goomba, Peach, Bowser and many more already represented.