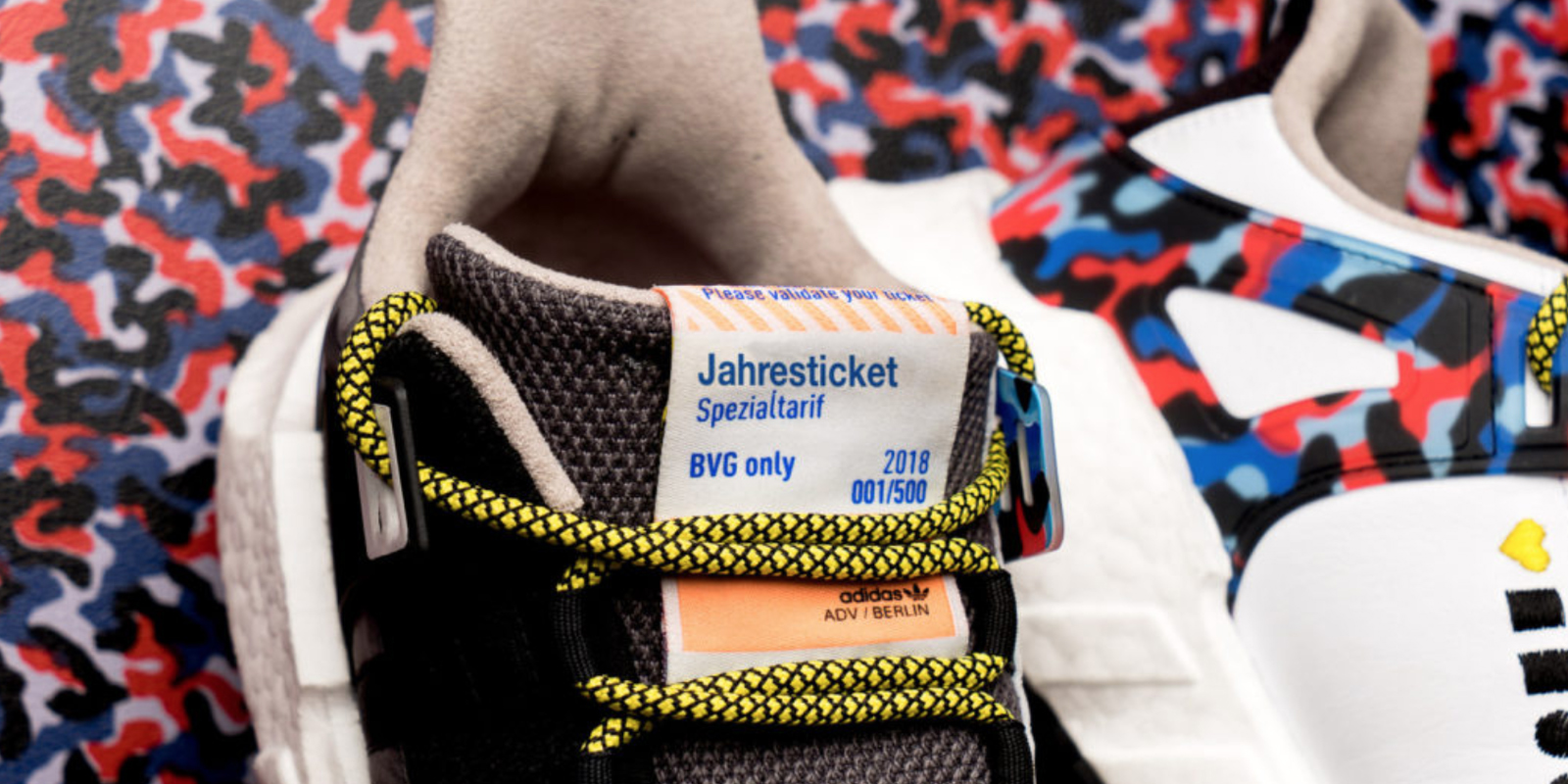 Adidas this week announced its latest collaboration, joining forces with Germany-based BVG to create one of the more unique sneakers we’ve seen recently. The EQT 93/17 were made in combination with Berlin’s public transportation company Berliner Verkehrsbetriebe to deliver an integrated subway pass for the city’s U-Bahn network.

That’s right, with Adidas’ latest creation all you have to do is walk up to the turn-style and you’re ready to hit the subway. The pass is only slated to be used for a year at a time, so there isn’t much detail on potential future re-upping. Given the long lines at yesterday’s release event, it’s safe say to say Germans are pining for this unique pair of kicks.

The shoes themselves are stunning, and are bound to be a hot-ticket item for any sneakerhead. Officially the ‘BVG x adidas EQT 93/17‘, these sneakers have a number of odes to Berlin. That includes BVG’s signature black, blue and red camouflage patterns that can be found on its train seats.

One of my favorite characteristics is the faux subway ticket that’s found on the sneaker tongue. Aside from showing the limited edition number, it relays information about BVG and the subway system itself.

“How cool is that? Now there are exclusive sneakers with our popular BVG seat pattern. We are sure that this shoe is a very special highlight for Berlin. It’s great that the BVG, which celebrates its 90th birthday this year, is now becoming a cult object itself, “said BVG CEO Dr. Ing. Sigrid Nikutta. 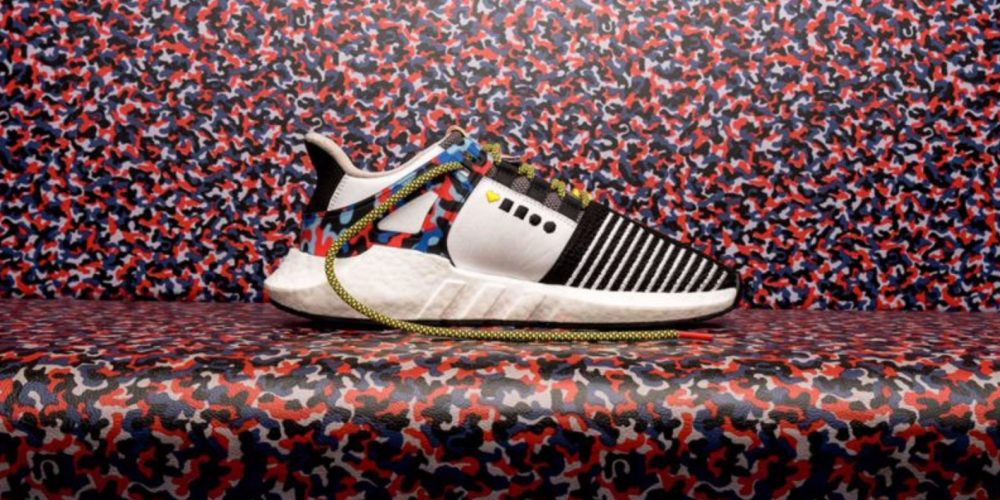 Adidas is planning on only offering some 500 pairs to the public, with yesterday marking the first official day of availability. Interest was certainly high, as lines were out the door at locations in Berlin. As expected, most buyers are keeping the shoes as a collectible at this time, forgoing the actual subway aspect of these sneakers.

The official price tag is set for $200 USD, which is a relative bargain considering that a year-long train pass in Berlin runs some $800. As you’d expect, there was plenty of interest (and fun) on twitter following this announcement.

As expected, there are already a few pairs popping up on eBay for purchase. Here’s one listing that currently has a Buy It Now price set at $2,499. It’s no surprise that re-sellers are putting a hefty mark-up on this release, as availability is essentially zero here in the United States.

There’s no word on potential re-releases or subway passes for 2019 at this time, but the potential for an American release in a major city is high. It’s easy to imagine this being a runaway hit in New York or Chicago, as well.

This is how Berlin goes: Together with adidas Originals, Berliner Verkehrsbetriebe (BVG) is presenting a unique shoe, EQT-Support 93 / Berlin. The special feature: The pattern of the BVG seat covers serves as a design element of the sneaker and makes it a unique collector’s item .

In addition, the BVG annual ticket is incorporated into the tongue in the limited edition model. If the model is worn on the foot, it will be valid from 16 January to 31 December 2018 as a ticket in all BVG vehicles in tariff zone AB .

Limited to 500 pairs, these sneakers will be available from 16 January at the adidas Originals Flagship Store and overkill in Berlin for € 180.

“How cool is that? Now there are exclusive sneakers with our popular BVG seat pattern. We are sure that this shoe is a very special highlight for Berlin. It’s great that the BVG, which celebrates its 90th birthday this year, is now becoming a cult object itself, “said BVG CEO Dr. Ing. Sigrid Nikutta.

The EQT Support 93 / Berlin is based on the EQT 93/17 and appears with a black mesh surface and white BOOSTTM midsole. The iconic three-stripes in black also serve as eyelets of the BVG yellow shoelaces. A white leather panel on the outside provides contrast and makes the shoe look different depending on the perspective.