Kube delivers AirPlay and 50-hours of battery life in a $3,000 outdoor speaker 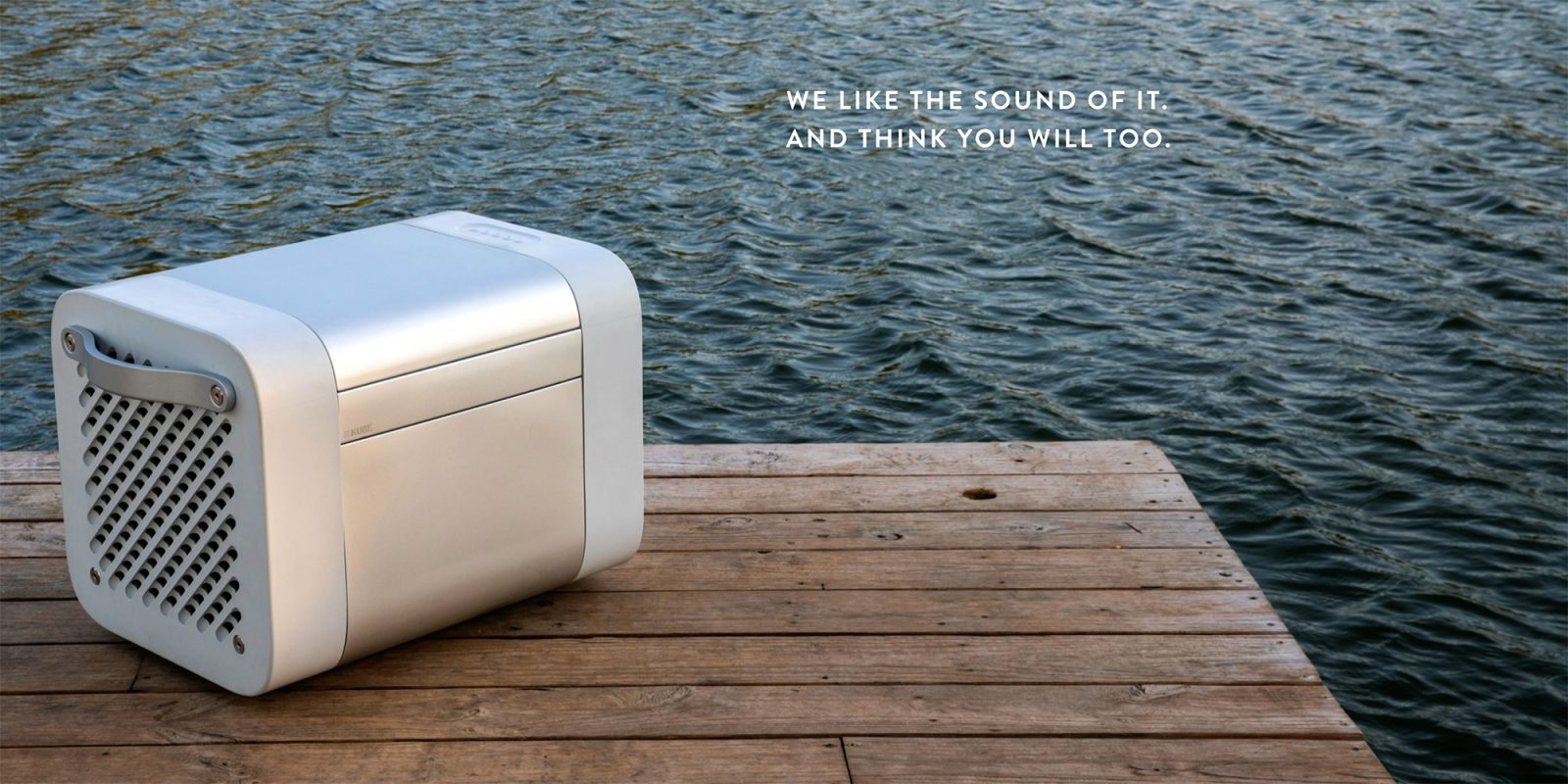 The world of outdoor speakers is a rather mixed bag in 2018. There are plenty of Bluetooth options, but those largely lack audiophile-grade features. Sonos doesn’t offer an official outdoor speaker, although PLAY:1 is rated for humid environments. That said, the market is fairly wide open.

Thomas & Darden first detailed its Kube Outdoor AirPlay speaker a few years back as an all-in-one outdoor audio solution. Priced at $1,000 in 2015, it’s finally available today for $3,000 after various iterations and design changes. While it’s hardly a budget option, Thomas & Darden appear set on pricing itself out of the low-end market with this premium offering.

Kube is positioned as a luxury in a market littered with sub-$200 options. Thomas & Darden is banking on a handful of features that set itself apart from the competition. That starts with a slew of connectivity options, including the aforementioned AirPlay. Along with the integrated Wi-Fi radio, Kube also sports Bluetooth 4.0 support with A2DP and dual antennas that support signals from “up to 300-feet away.”

“Wherever we are, we listen to music. It sounds great when you’re alone with headphones, but it’s a different story when you’re outside with a group of people. That’s where Kube comes in,” Thomas & Darden CEO Kanwal Sharma said. “Kube does more than play music. It creates an immersive environment that connects people on a deeper, more visceral level.” 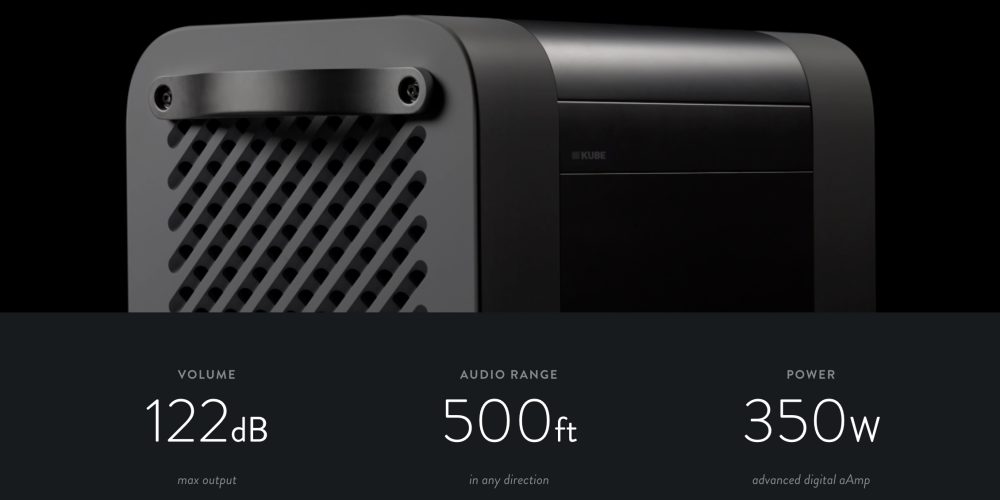 Inside you’ll find a 350-watt digital amplifier that’s designed around dual drivers that pump out full 360-degree audio. Kube is fairly large in comparison to other wireless speakers on the market, and it benefits in a few different ways. First up, is battery life. Kube sports an internal battery capable of pushing out up to 50-hours of playback at a time. It’s IPX4-rated for splashes and can be used on boats and during other outdoor activities.

While the interior specs are solid, there’s also another feature that helps Kube standout. There’s 37-quarts of storage space inside that can be used to keep your drinks and food cold all day. In fact, it’s rated to hold some 16 bottles of wine, which is plenty for a big day on the water.

Other notable features includes a built-in USB port for charging your devices and pair of nice metal handles. There’s definitely some Bang & Olufsen design cues here, with the familiar muted colors and large metal grilles on each side. Whether or not consumers will flock to this premium option is yet to be seen, but it’s certainly a beautiful specimen on the design side of things.

Thomas & Darden’s Kube is available for purchase today direct from the manufacturer for $3,000.

KUBE Transforms Audio for the Outside World

AUSTIN, Texas, Feb. 06, 2018 (GLOBE NEWSWIRE) — Thomas & Darden announced that KUBE™, a first-of-its-kind wireless speaker designed for the outside world, is available for purchase. KUBE provides premium, professional-quality audio and is built on the simple notion that sound should complement space instead of competing with it. The result is rich, full sound that makes any outdoor environment more inviting.

“Wherever we are, we listen to music. It sounds great when you’re alone with headphones, but it’s a different story when you’re outside with a group of people. That’s where KUBE comes in,” said Kanwal Sharma, CEO of Thomas & Darden. “KUBE does more than play music. It creates an immersive environment that connects people on a deeper, more visceral level.”

KUBE’s exceptional sound is inspired by the places you gather and designed to feel like it’s emanating from the surrounding environment. Whether on a yacht, in a park or at the beach, KUBE allows people to hear music the way it was intended.

With a clean design aesthetic and weatherproof construction, KUBE is a natural fit in outdoor environments. It’s also completely wireless and has a battery that lasts all day, making it simple to have amazing sound just about anywhere.

“Delivering great sound in the outdoors is a tremendous design and engineering challenge,” said Russell Williamson, co-founder and CTO of Thomas & Darden. “Most products compromise sound quality, volume or playing time. KUBE doesn’t. That’s what makes it so unique.”

KUBE specs and features include:

KUBE is available now for $2,999 at www.kubesound.com.

About Thomas & Darden We’re audiophiles who share a simple but meaningful idea: Sound should complement space, not compete with it. So we’re creating audio inspired by all the places it will be heard. Sound designed to fill large spaces beautifully, bringing people together in a shared listening experience. The result is KUBE, our first-ever wireless speaker designed for the outside world.

Founded in 2014, Thomas & Darden is based in Austin, Texas. To learn more, visit www.kubesound.com.