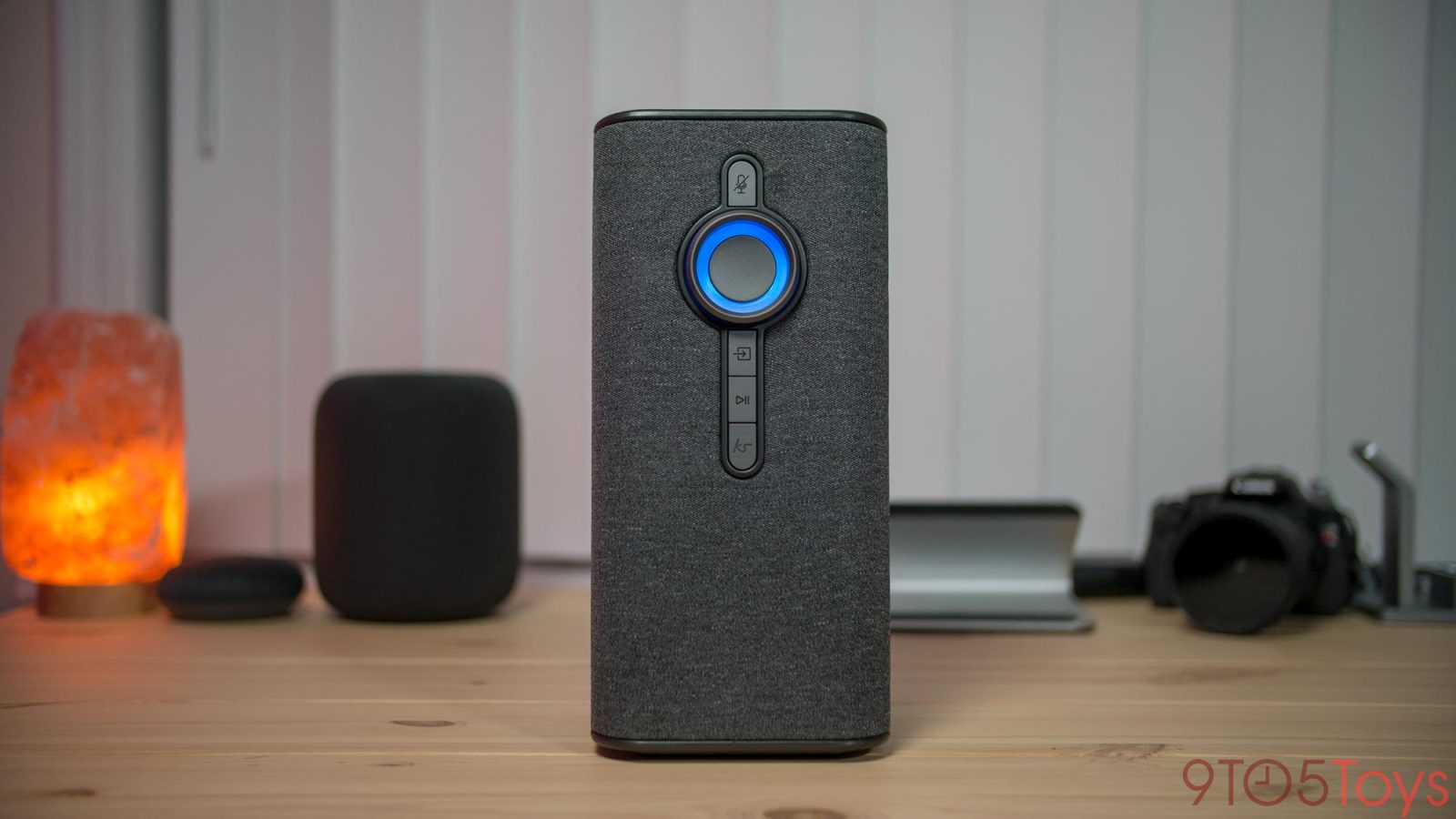 We’re finally starting to see more and more third-party smart speakers using platforms like Amazon Alexa and Google Assistant. One of those smart speakers is made by British company KitSound, called the Voice One. I’ve spent the past week or so with this premium Alexa speaker running it through its paces, so let’s dive into our full review.

The KitSound Voice One Smart Speaker is the latest release from KitSound. What you’ll get in the box is the Voice One, remote, power adapters for various countries, and an aux cable.

Once you power up the Voice One, you’ll use the KitSound app on your Android or iPhone. The app will direct you to connect to the Voice One’s built-in Wi-Fi network to configure it. Once there, you’ll connect it to your own Wi-Fi network, and the fun can begin.

One benefit to the Voice One having its own Wi-Fi network, however, is that you can play music on it without having to use the Internet. This could allow you to play music from your device without streaming anything. 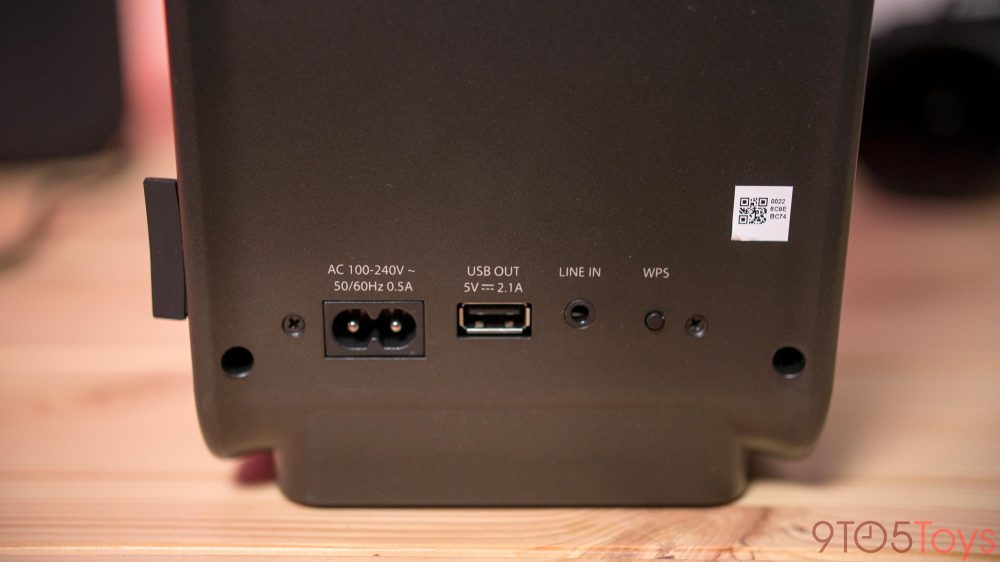 Now that the Voice One is set up, you can either use its native streaming app support (Spotify, TuneIn, TIDAL, and more), or you can hook it up to Amazon’s Alexa voice services. I choose to hook it up to Alexa, so that way voice commands and smart home functionality would work. 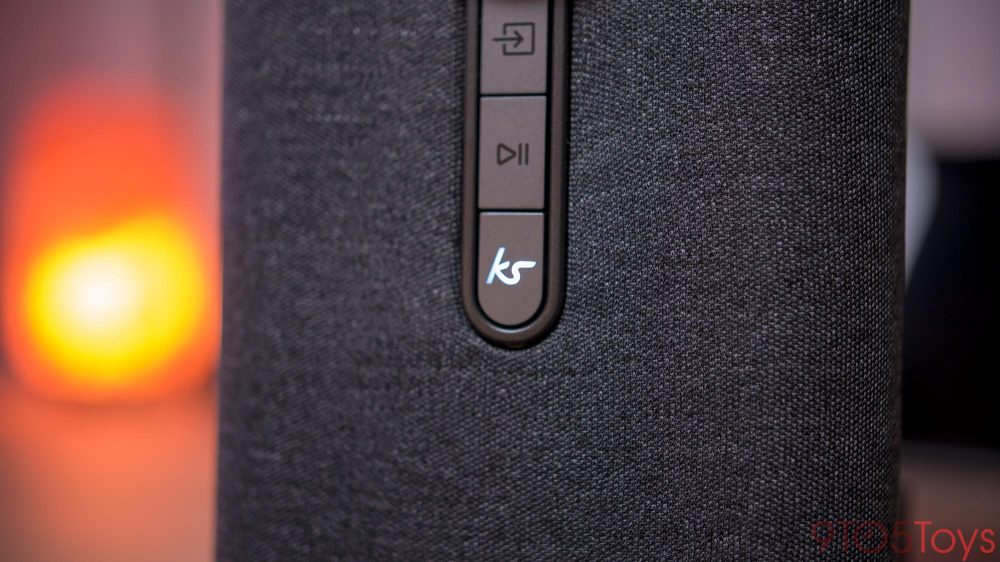 As an Alexa speaker, the KitSound Voice One is phenomenal. I have the original Echo and a second generation Echo Dot, and the Voice One sounds way better than either of the two. It gets super loud without distorting, the bass is pronounced, but not too heavy, and it can even hear you when close to maximum volume. I would liken the Voice One to the HomePod more than the Echo in terms of sound quality, personally. 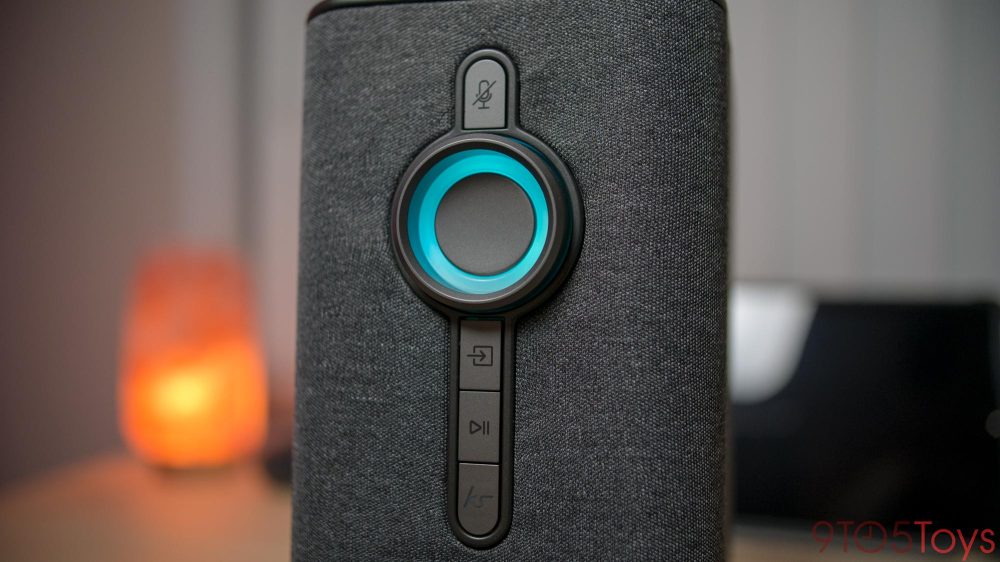 I did have some issues when I had the Voice One at max volume with it hearing me, but I would just have to speak loud (or yell) in order for it to respond. Thankfully, the remote has a built-in button to pause the music and enable Alexa’s voice command system, as long as you’re within IR range. Sadly, the remote is IR and not RF, meaning it only works in line-of-sight. 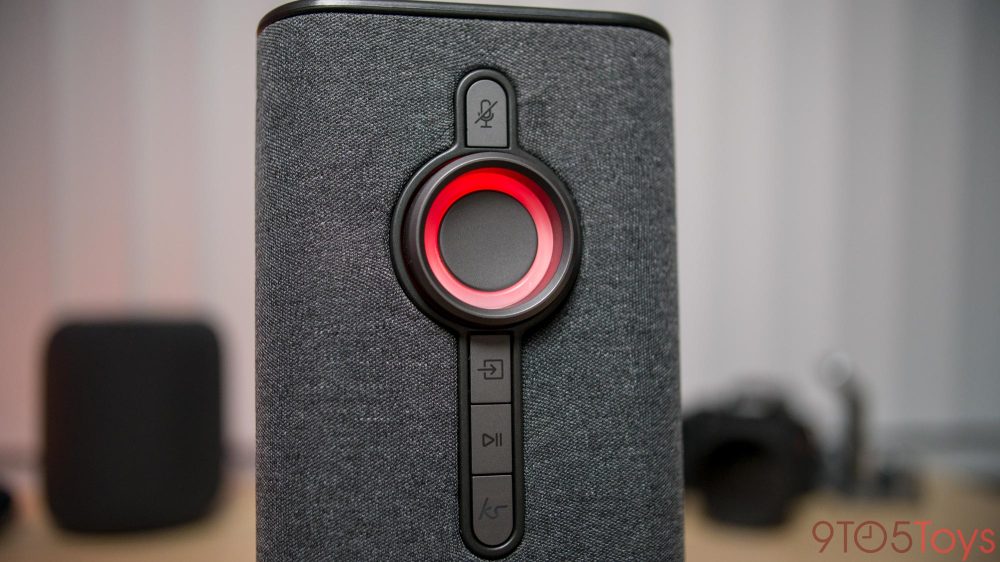 I had no problems controlling my smart home from the Voice One, as it functioned just like any other Alexa-enabled speaker would. And if you don’t want Alexa listening in on your chats, just choose to not enable it during setup or use the built-in mute button to tell her to stop eavesdropping. 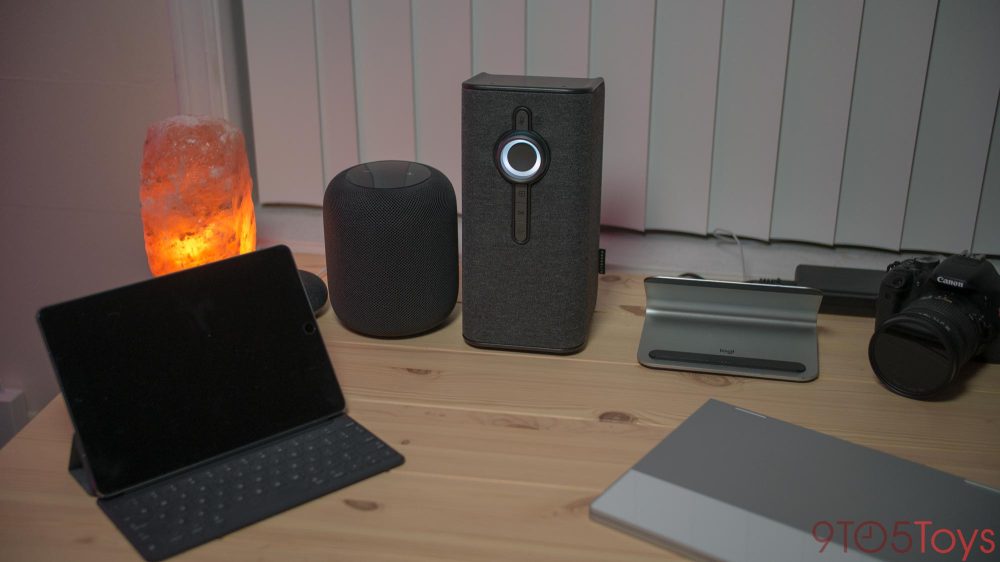 One of my favorite parts of the Voice One speaker is how it looks. This isn’t an Echo, nor is it a Google Home when it comes to the looks department. In fact, it’s more of a taller, rectangular shaped HomePod. 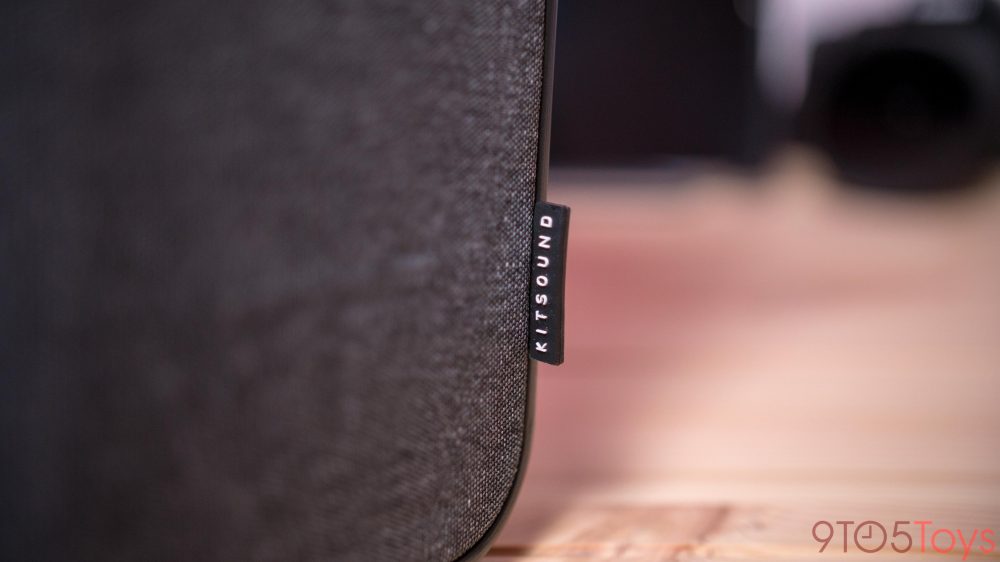 The KitSound Voice One is available on Amazon for $149.99 shipped. Though carrying a heftier price tag than Amazon’s own Echo, I personally believe that the Voice One carries the sound improvements I’ve been waiting for on Alexa, and it will have a place on my desk for a long time to come.