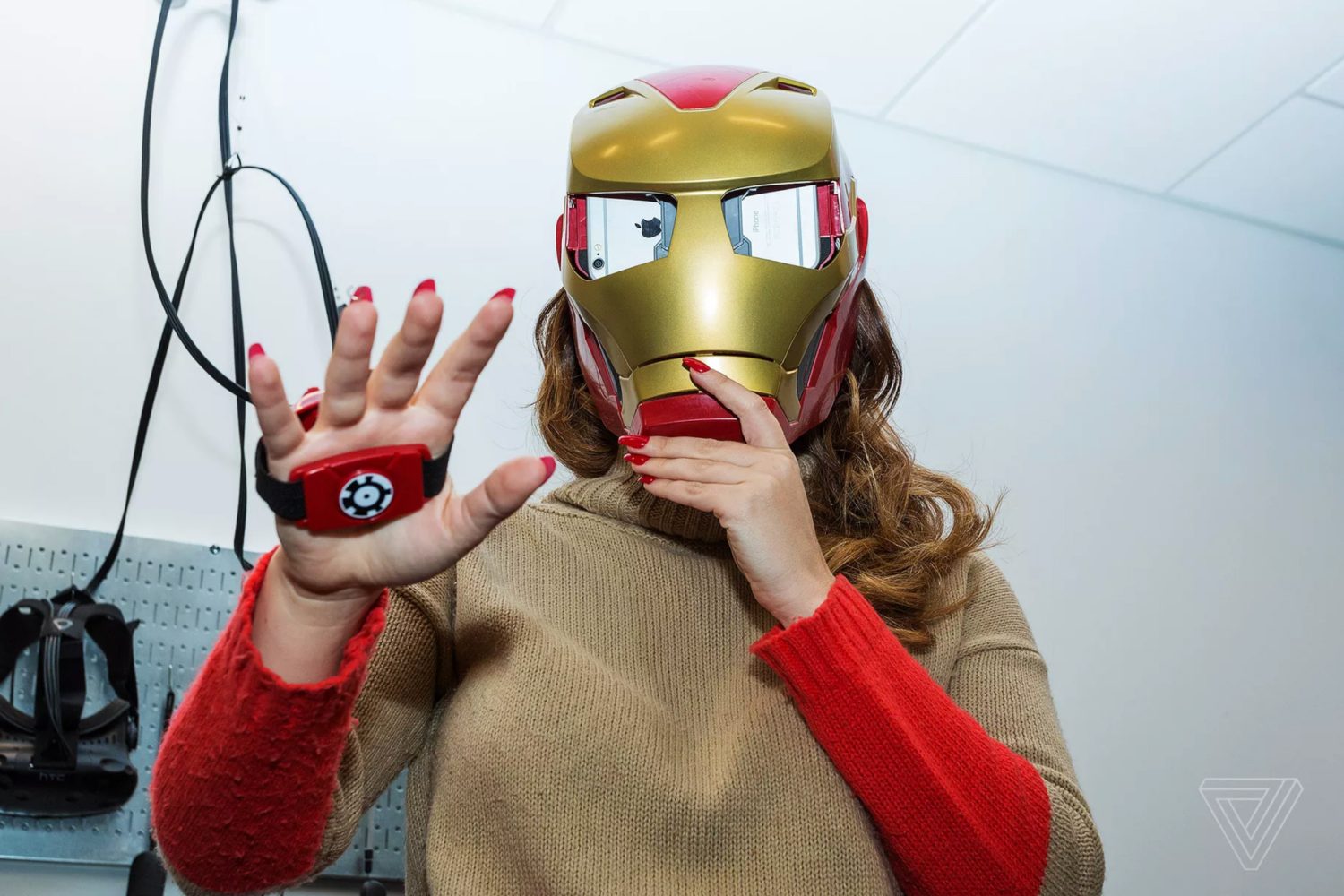 Toy Fair 2018 is set to kick off next week in New York City and 9to5Toys will be on-site covering this year’s biggest news and releases. Before the show kicks off, Hasbro is already detailing one of its biggest toys for the upcoming year. The new Marvel Avengers: Infinity War Hero Vision Iron Man AR Experience is a headset and controller combo that brings kids (adults) into the world of super heroes.

Like other VR/AR devices, your iPhone or Android slides directly into the headset to launch the full Tony Stark experience. A series of markers placed around the room are then leveraged in a unique virtual reality experience.

Hasbro’s latest smartphone-enabled creation is set to retail for $50 after it is officially unveiled at Toy Fair next week. It will come with a free iOS and Android app, which can be downloaded after scanning the included Infinity Stone token.

After placing the helmet on your head and laying the AR markers around the house, you’ll be ready to do your best Tony Stark impression. Hasbro is not using Apple’s ARKit technology here, so you won’t have to worry about having a newer iPhone. Also, an internet connection is not required. This cuts down on the barrier to entry for a lot of folks, particularly parents who don’t want little Johnny wielding an iPhone X as he bounces around the house. As well, there’s no Bluetooth or Wi-Fi connectivity here, so Hasbro isn’t collecting any pertinent data along the way. 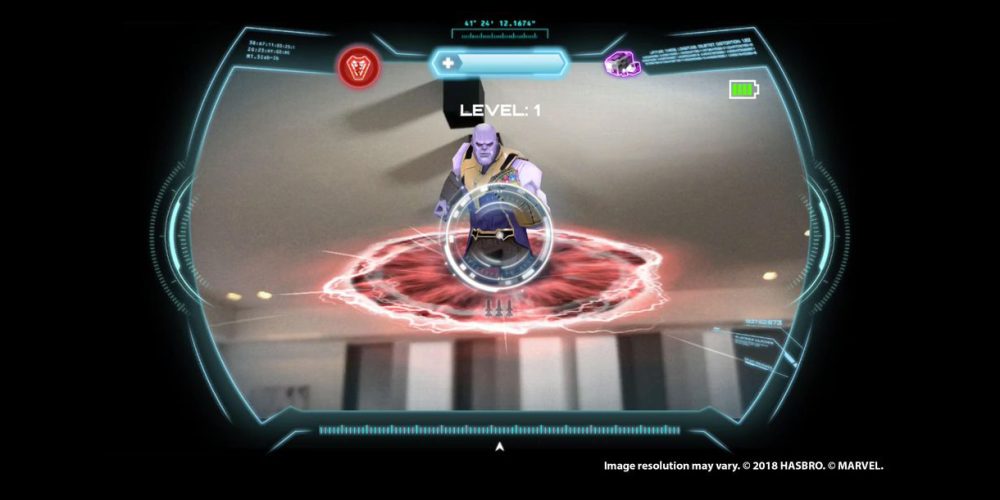 Hasbro has been telling press at early access events that there will be several hours of gameplay available, and then mixing up the location of each marker will in turn deliver a whole new play experience. There will be 10 levels of gameplay at launch with plans for more coming down the line. Mandatory breaks are integrated into the game, requiring users to stop after ten minutes or three levels to customize weapons and gear.

The Marvel Avengers: Infinity War Hero Vision Iron Man AR Experience is set to launch this spring for the previously mentioned price tag of $50. If you’re looking to dabble in VR or AR, the View-Master Starter Kit is a great way to jump in at just $14 via Amazon. It ships with a handful of introductory content bundles and you can easily add more to your setup with these expansion packs.

Be sure to keep it locked to 9to5Toys over the next week as we cover all of the biggest announcements coming down the line from Toy Fair 2018.