Panasonic has today unveiled the new Lumix GX9 camera, sporting a familiar build, 4K video and a 20MP sensor. Taking the body from its previous-generation GX85, Panasonic is looking to bring its popular Lumix line into a smaller form-factor that’s more approachable for all. This new compact mirrorless camera offers a variety of new shooting features, including 4K photos that have become a Panasonic staple in recent years.

At its core, the GX9 is designed to be a user-friendly camera made for street photography. But at just under $1,000, it’s yet to be seen if consumers will be willing to make the jump from an iPhone to a dedicated shooter.

The GX9 is a Micro Four Thirds camera, that when paired with a prime lens becomes a perfect solution for capturing moments while on-the-go. It uses the same sensor as the previous generation 2015 GX8, which pushes out 20MP images. Panasonic did remove the optical low pass filter here with idea of capturing crisper details. The GX9 does support dual image stabilization when partnered with a Panasonic lens, which helps to capture better images in motion.

Unfortunately, Panasonic has skipped out on 4K at 60fps on this release (available at 1080p). A jump to the flagship G9 and GH5 will be required if you’re looking for that level of performance. That tidbit aside, the GX9 appears to offer just about everything needed for amateurs looking to go to the next level. 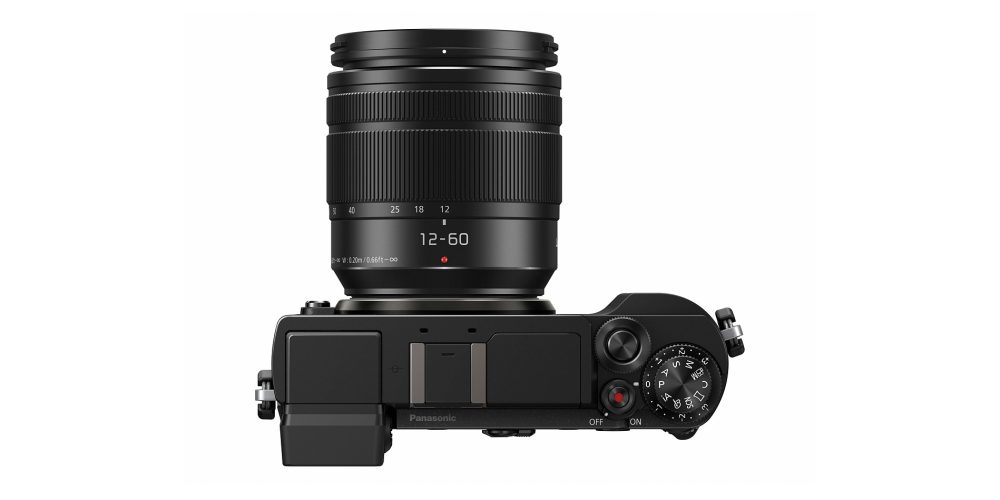 A solid autofocus time of 0.07, various shooting modes and a new electronic viewfinder on the back are all welcome features that should help prospective shooters. The 3-inch LCD display is borrowed from the GX85, like many of these new features, but upgraded resolution and “100% color reproduction” are new.

Panasonic is set to offer the new GX9 for $999 with a bundled 12-60mm lens. That’s down $200 from the previously-released GX8 model that received stellar reviews over at Amazon. It’s slated to ship in March and comes in two colorways, black and silver. Various accessories will also be available at launch including a custom handgrip.

A 5-axis Dual I.S. (Image Stabilizer) in the LUMIX GX9 effectively suppresses blur. Combining an O.I.S. (Optical Image Stabilizer, 2-axis) and a B.I.S. (Body Image Stabilizer, 5-axis), the Dual I.S. compensates for a wider range of movement to enable blur-free photo/video shooting from wide to tele, even in low-light conditions.

The Contrast AF System in the LUMIX GX9 features DFD (Depth From Defocus) technology and excels in both speed and accuracy by exchanging digital signals between the camera and the lens at max. 240 fps*1, for ultra-fast auto focusing in approx. 0.07 sec*2. A range of extensive AF functions include Face/Eye Detection AF, Pinpoint AF, One-shot AF and advanced Low Light AF to enhance usability to comply with various shooting situations. Live View Boost makes it possible to check composition even in total darkness by boosting sensitivity just for live view.

*1 Contrast AF with DFD Technology works only with Panasonic Micro Four Thirds lenses. *2 In AFS, at wide-end with H-FS14140 (CIPA).

Choosing the best shots out of hundreds of 4K video frames is now easier with a newly added Auto Marking function. Auto Marking identifies the frame most different from others in the file to help minimize the time it takes to choose the best individual shot. A Sequence Composition function creates a stromotion image in-camera by synthesizing multiple images shot at fixed frame to produce a unique image of a subject’s motion without special retouching.

The LUMIX GX9 also includes Post Focus, a function selects an in-focus area even after shooting. Post Focus is helpful in situations such as macro shooting where strict focusing is required or for changing expressions by changing the focused subject. This capability combines high-speed, high-precision DFD (Depth From Defocus) auto focus technology and 4Ktechnology. A Focus Stacking function adjusts depth of field after shooting by combining multiple images shot with Post Focus in the camera. Now users don’t need to focus strictly while shooting because they can create images with the defocus level they want or pan-focus simply by selecting the focus area after shooting — beneficial when shooting macro images of insects, small accessories and so on.

LUMIX GX9 also incorporates a Light Composition function, a new 4K PHOTO option. The camera synthesizes images by choosing and saving a brighter pixel to easily produce more dramatic images of fireworks or night scenery in-camera. What’s more, the LUMIX GX9 also enables 4K Live Cropping in video recording to realize stable panning or zooming. In panning shots, users just set the viewing angle to begin and end with for smooth panning imagery without using special equipment like a slider. And in zooming, users can set the after-zoomed viewing angle firs to ensure the subject is perfectly in the frame. The imagery of zooming is smooth because it does not move the zoom lens physically.

The LUMIX GX9 will be available in stores in March 2018.There will be two colorways available: one in black and one in silver. Suggested retail price is $999.99.

For [4K] video output, use an HDMI cable that has the HDMI logo on it, and that is described as “4K compatible.”

To learn more about Panasonic’s line of LUMIX Digital Cameras and other consumer electronic products please visit www.shop.panasonic.com and www.lumixlounge.com.  You can also follow Panasonic on Twitter (@PanasonicUSA) and Facebook.

About Panasonic Consumer Electronics Company Based in Newark, NJ, Panasonic Consumer Electronics Company is a division of Panasonic Corporation of North America, the principal North American subsidiary of Panasonic Corporation. The company offers a wide range of consumer solutions in the U.S. including LUMIX Digital Cameras, Camcorders, Blu-ray players, Home Audio, Technics, Cordless Phones, Home Appliances, Beauty, Grooming, Wellness and Personal Care products and more. Panasonic was featured in Fortune Magazine’s 2016 ranking of 50 companies that are changing the world and doing well by doing good.  Specifically cited were its smart and sustainable technologies, including its contributions to smart cities and the electric vehicle revolution.