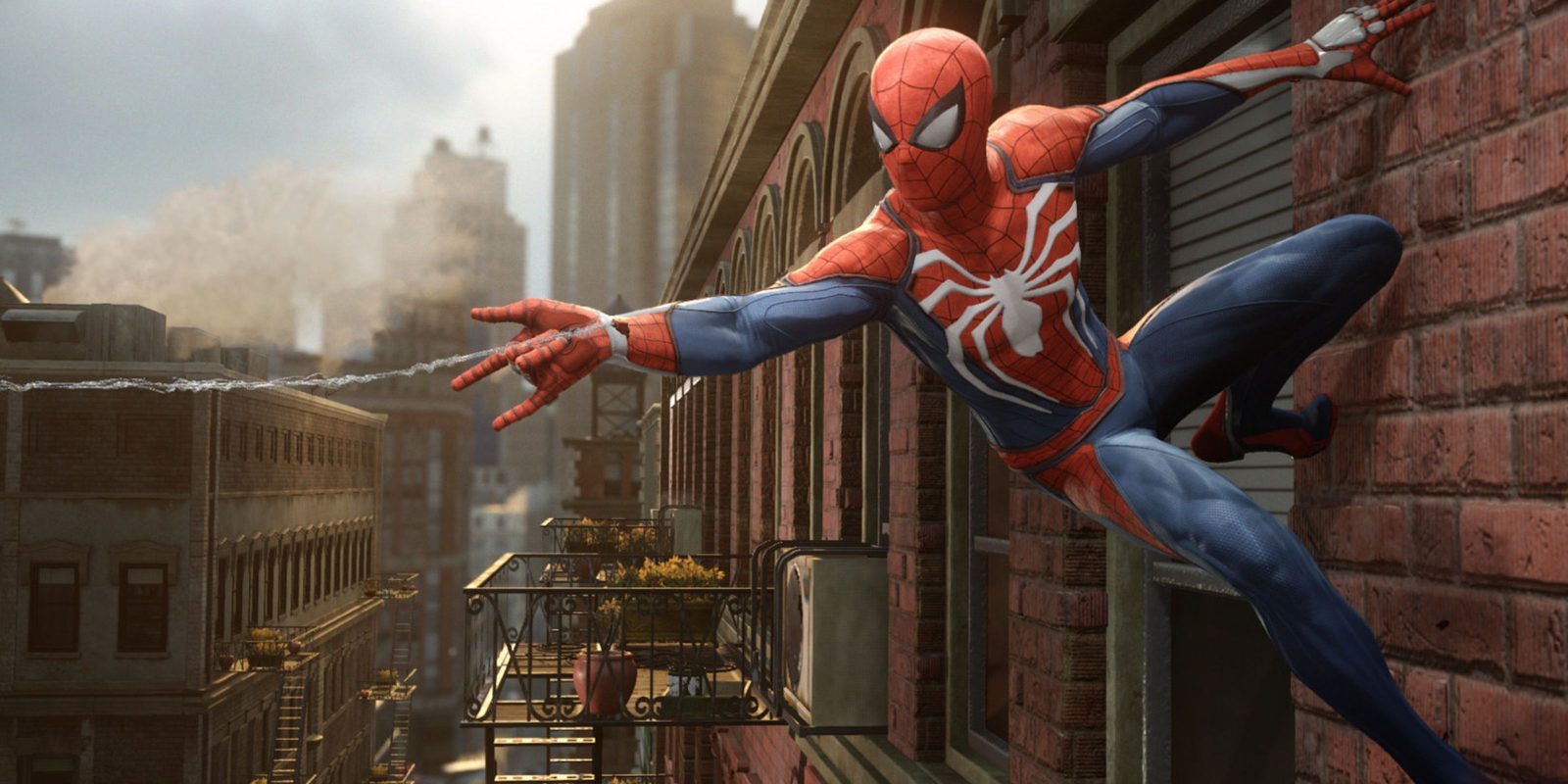 With the release of the new God of War just a couple of weeks out now, Sony’s exclusive 2018 lineup is starting to heat up. One other major title coming to the Sony platform but not Microsoft’s is the new Spider-Man game. Originally shown off at E3 2016, the game is a collaboration between Sony, Marvel Studios and the talented folks at Insomniac Games. Needless to say, while skepticism remains, Spider-Man is certainly one of the most anticipated PS4 exclusives of the year.

Today, we are getting an official release date (it’s coming this year!), details on the collector’s editions, more gameplay information and a brand new trailer.

For those not familiar, Insomniac Games is not just some random studio that somehow landed the rights to almost ruin another Spider-Man game. Insomniac is the team responsible for the Ratchet & Clank series, Spyro the Dragon, Sunset Overdrive and more. While the team certainly has something to prove in the super hero, open-world action genre, it could be a lot worse.

To this day, most licensed titles end up being low quality cash grabs, but here’s to hoping the early gameplay footage is indicative of what we will actually get. Rocksteady changed the game completely with its Batman Arkham series, effectively setting the industry standard for super hero/licensed games. It will definitely be the benchmark to hit for Insomniac with Spider-Man, whether they like it or not. 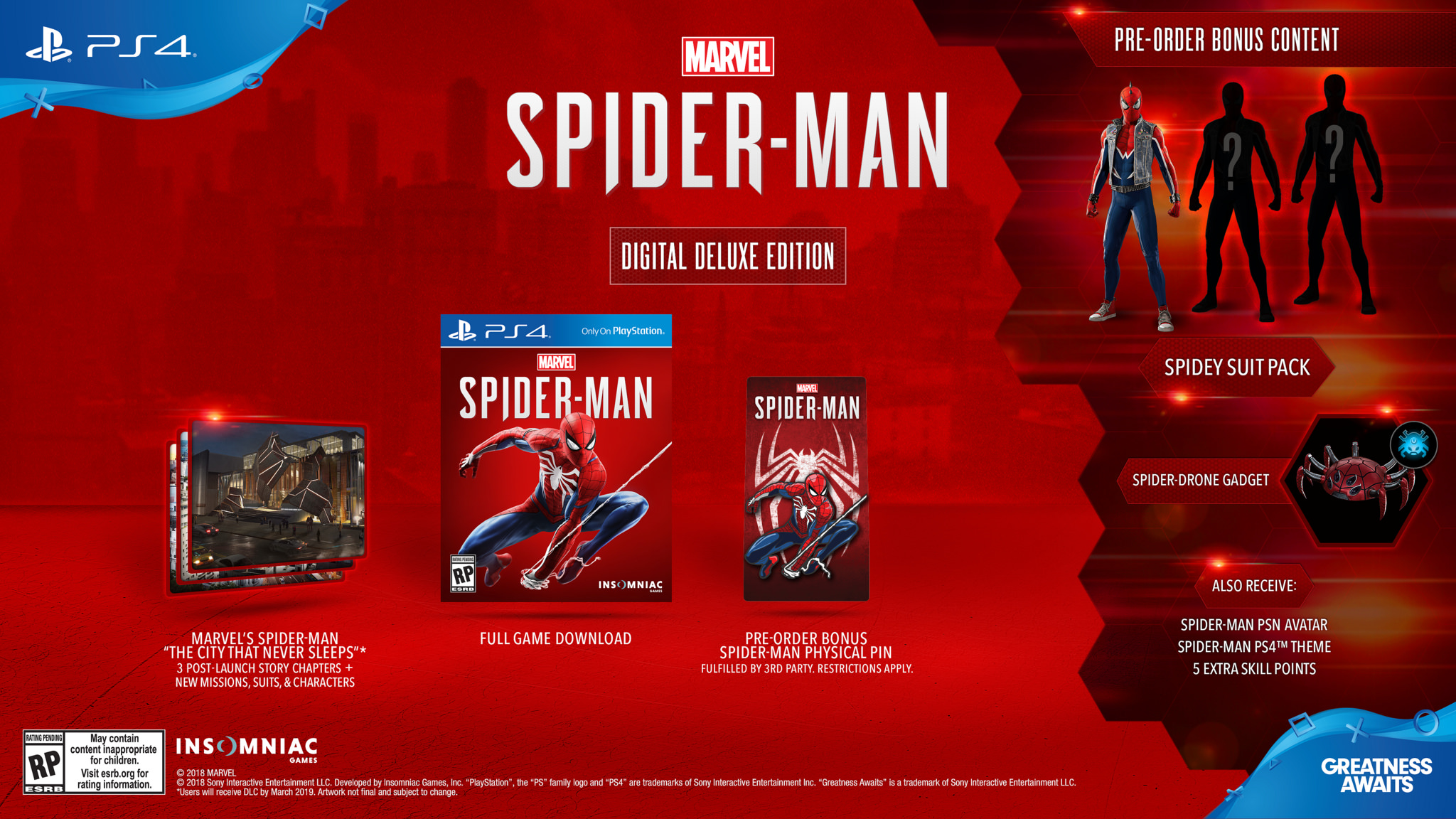 Having said that, the open-world title starring a 23-year old Peter Parker looks to be headed in the right direction. You can expect to be swinging around a sandbox New York City with all of the usual Spider-Man abilities including some almost Arkham-style stealth and combat maneuvers. Don’t expect to be hurting civilians in any way as Spider-Man here, but you will be going up against the likes of Kingpin,  Mister Negative and more.

We also now know about Marvel’s Spider-Man: The City That Never Sleeps DLC package. It contains three new post launch DLC chapters, each with “with new missions, new villains and characters, and additional suits for Spider-Man.” 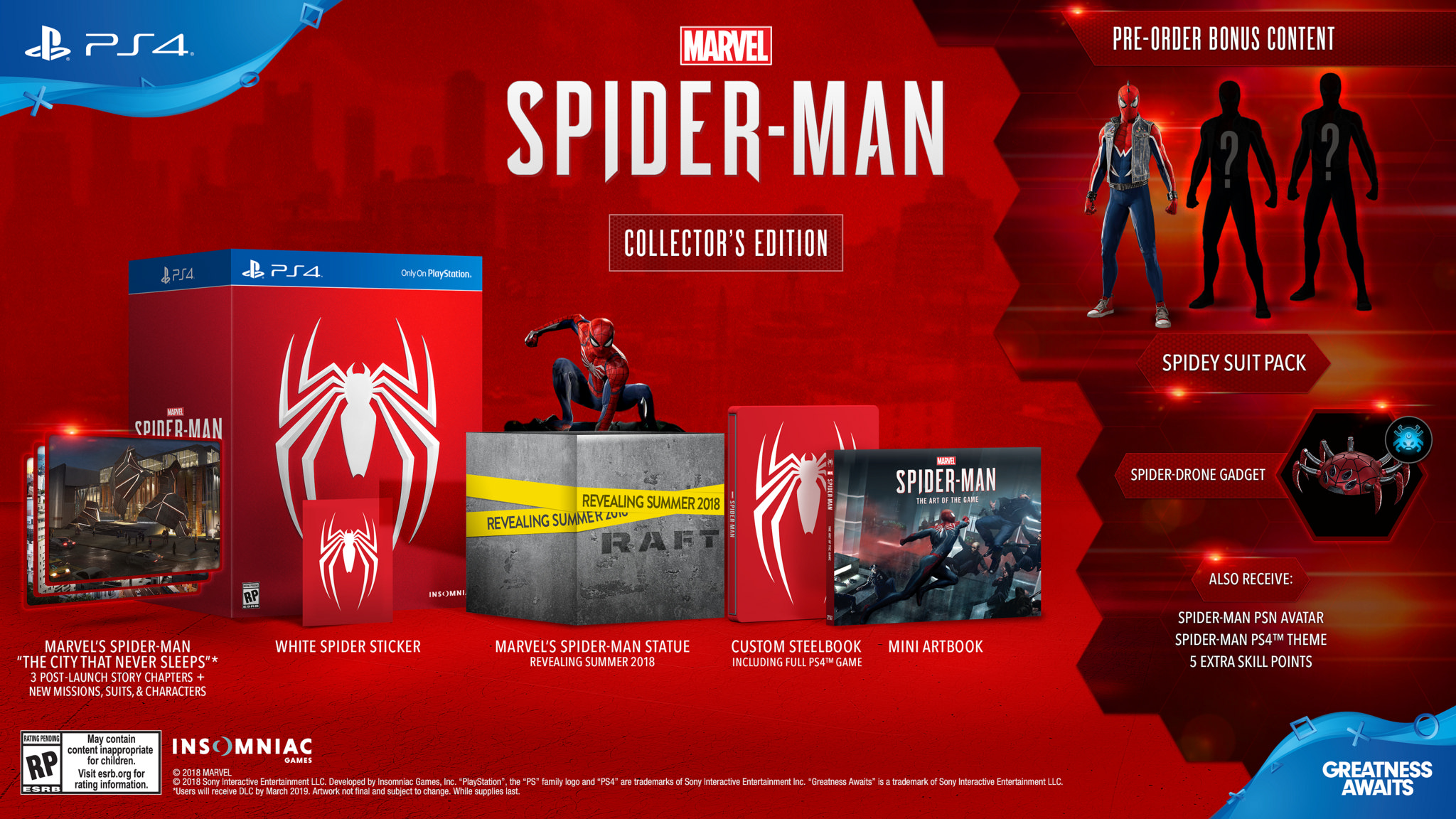 The $79.99 Digital Deluxe version comes with the main game and the aforementioned DLC as well as a limited edition collectible pin (“only available to residents of US and Canada”) with pre-orders. The $149.99 Collector’s Edition includes everything in the Deluxe setup as well as a Steelbook case, Mini Artbook from Titan Books and a mysterious Marvel’s Spider-Man statue by Gentle Giant.

“We haven’t revealed the entire statue for the Collector’s Edition, just Spider-Man perched on top of something. What could that be? It’s too spoilery to show you now, but stay tuned!”

Here’s the brand new trailer and the official box art: 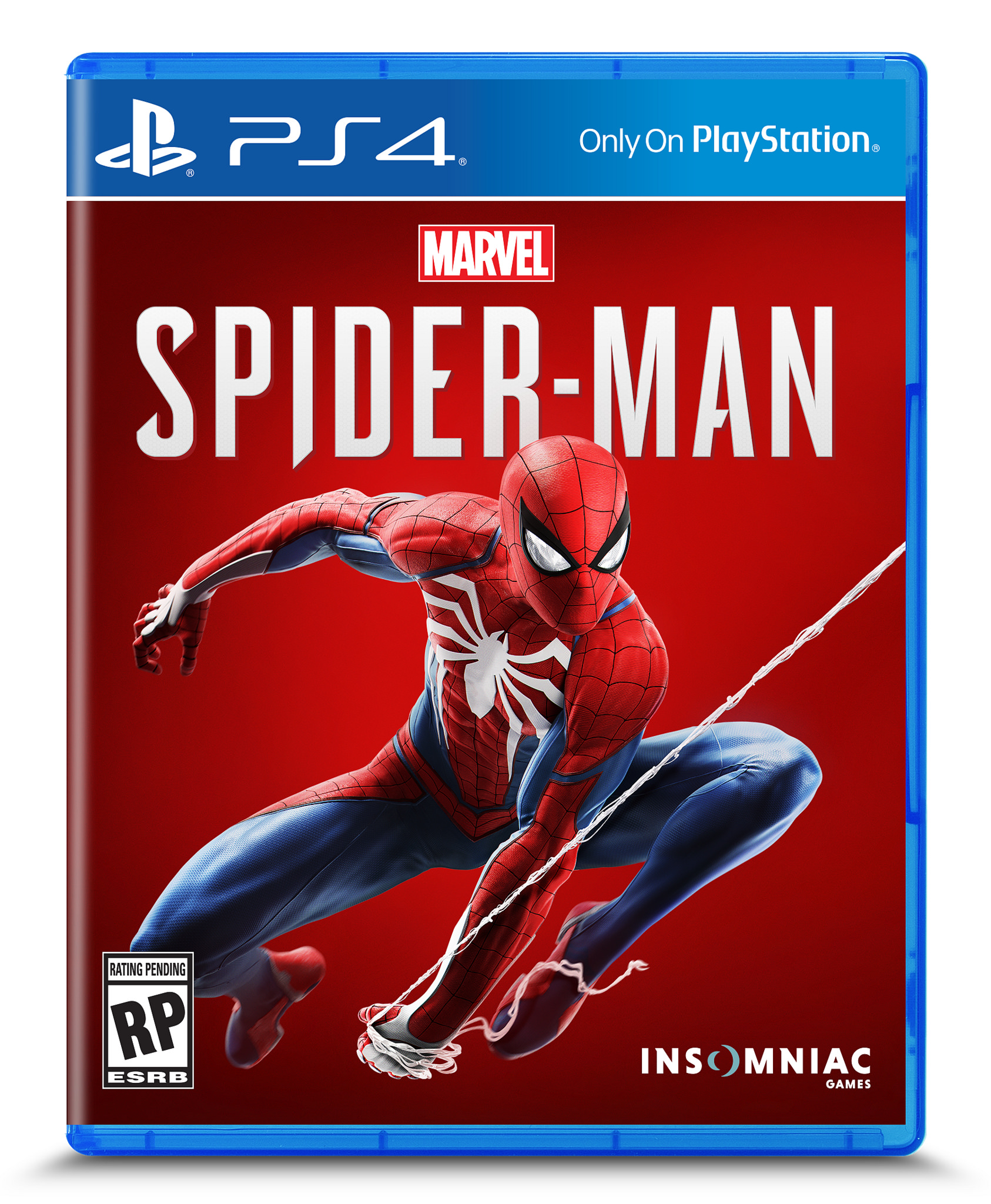