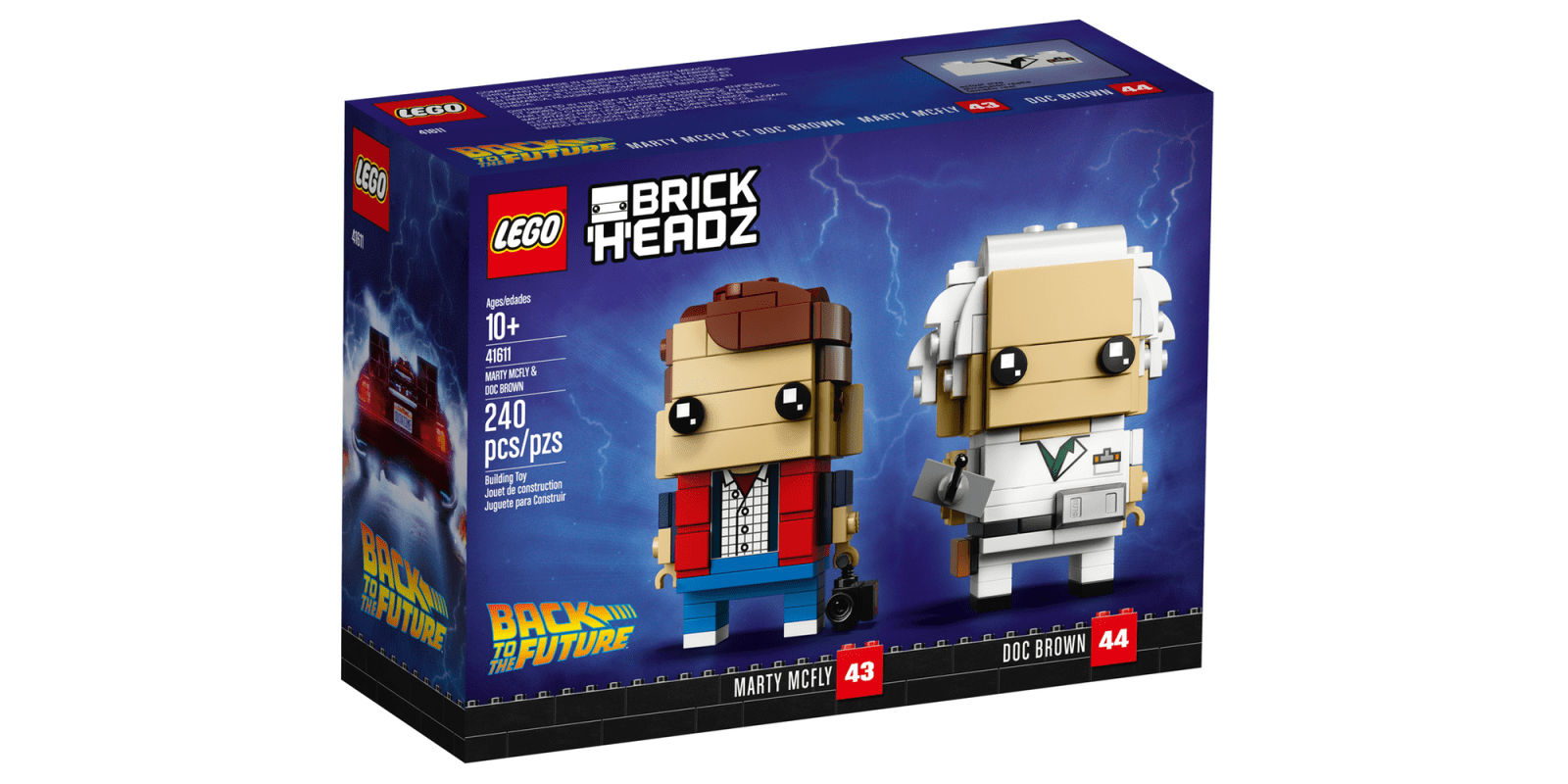 With its silver screen debut back in 1985, Back to the Future quickly solidified itself as a fan-favorite science fiction flick. And while it took nearly three decades for the film’s time-traveling duo to make their way to the LEGO universe. LEGO has recently been bolstering its BrickHeadz lineup and today they add two more figures to the diverse cast of characters; Marty McFly and Doc Brown.

Following the beginning of this week’s release of new Solo: A Star Wars Story kits and BrickHeadz, LEGO is back with another round of the brick-built figures. This time around though instead of coming to us from a galaxy far, far away, LEGO is heading back in time with its latest BrickHeadz figures, Marty McFly and Doc Brown. Having made their debut back with the Ideas DeLorean, the two characters are back in their biggest release yet.

Just about all of the details from hit 1985 sci-fi film’s iconic heroes are present in their latest brick-built renditions. As always with the BrickHeadz lineup of figures, both McFly and Brown include a display stand and imbue that lovable blocky style. Each of the Back to the Future figures also sport authentic details from the film. 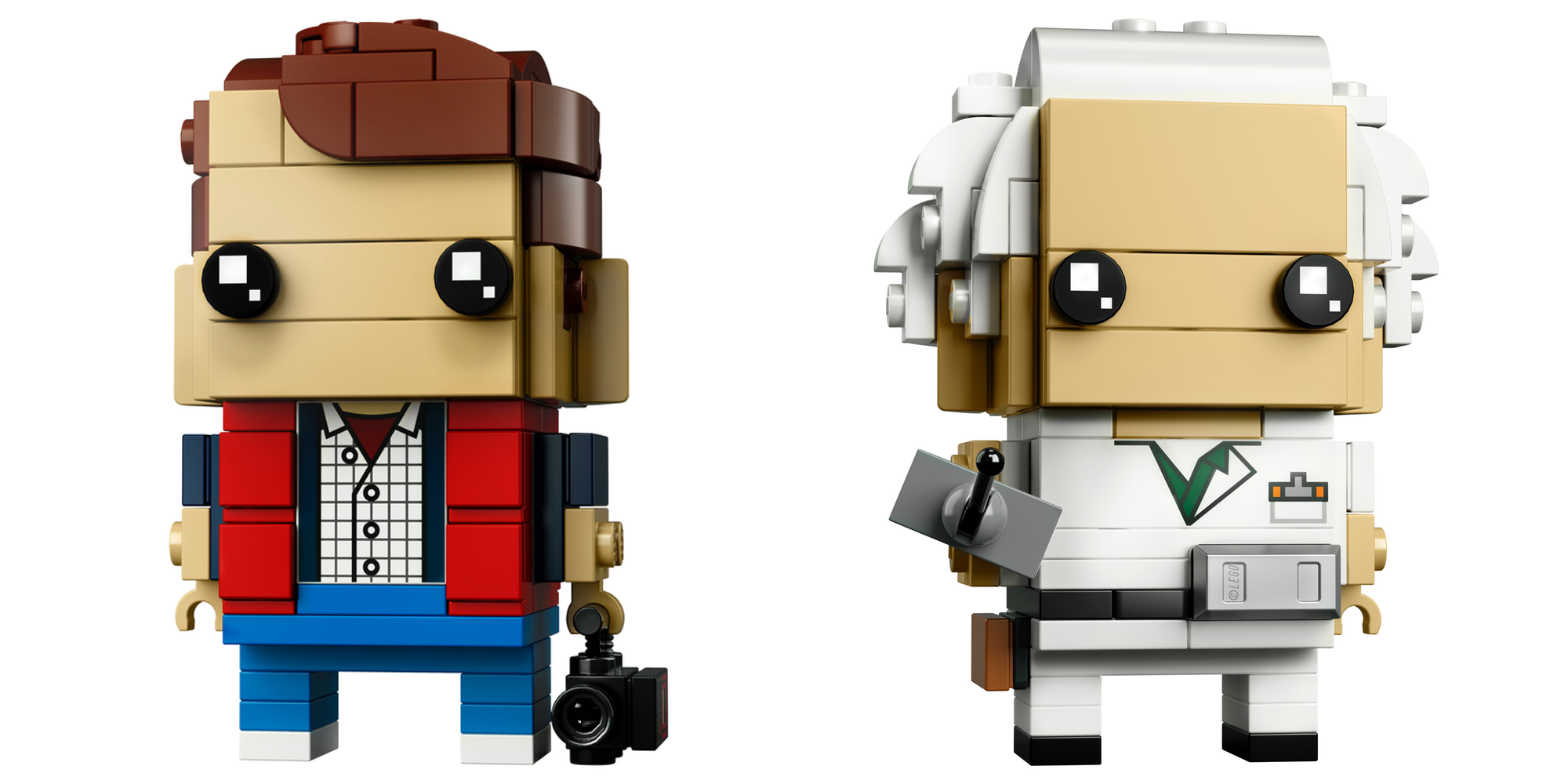 Marty’s figure sports the classic red puffy jacket and stacks up 118 pieces. Alongside his stylish hair-do, McFly includes a camcorder and a brand new printed element; a button-up shirt brick. Doc Brown on the other hand includes his mad-scientist hair, a DeLorean time machine remote controller and an all-new lab coat element.

Both of the new BrickHeadz figures will be available in a combo pack for $20. The 240-piece set will be available this upcoming weekend, April 15th exclusively from LEGO. With each of the new figures, LEGO has once again done a fantastic job capturing the characters’ likeness in brick form and will surely be a big hit with fans of the iconic film. 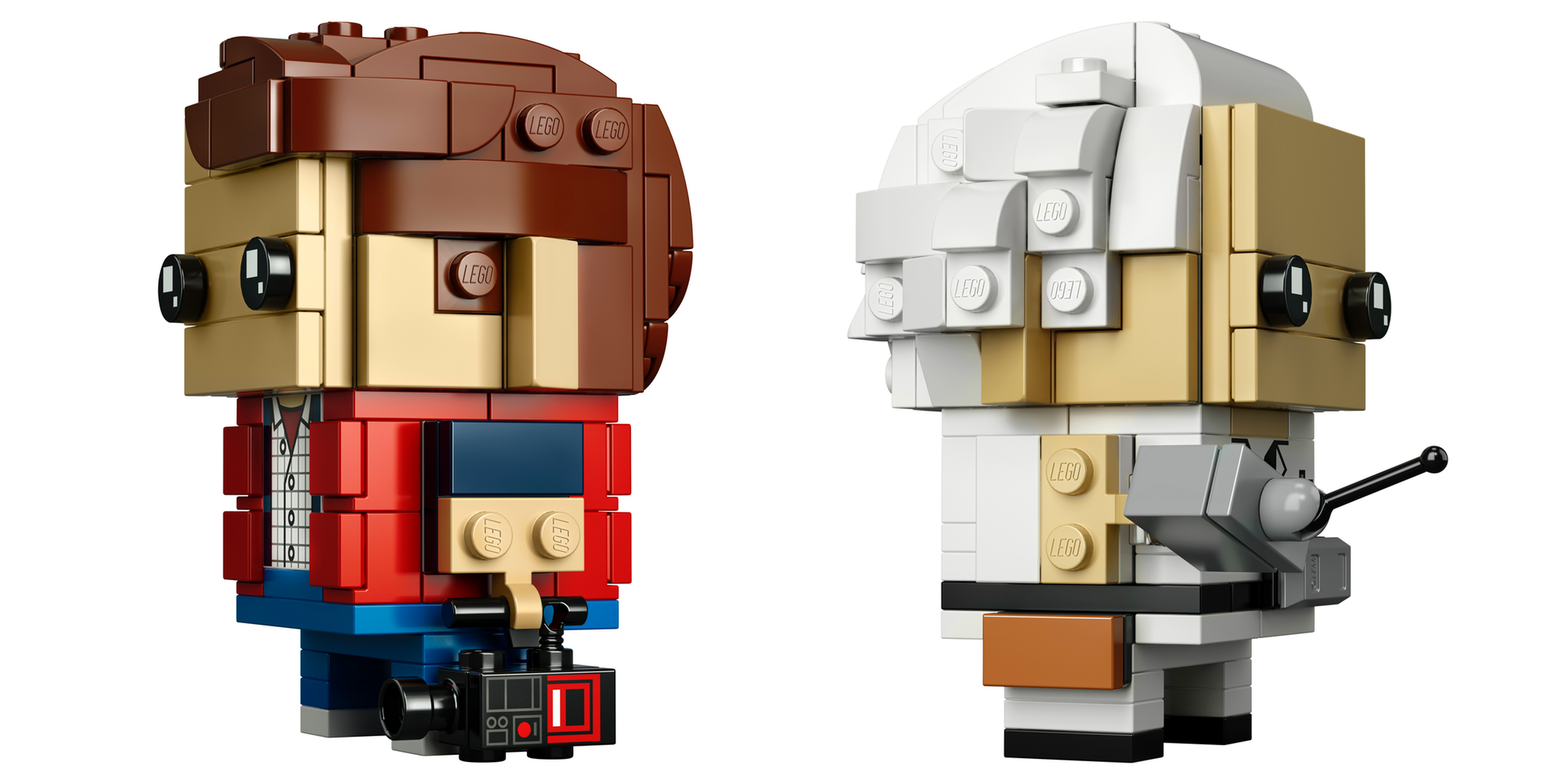 These LEGO® BrickHeadzTM 41611 Marty McFly and Doc Brown construction characters are fun to build using colorful LEGO bricks that recreate all their iconic details from the blockbuster Back to the Future movie, including the maverick scientist’s white overalls and the time-traveling teenager’s red puffer vest. Doc also has a detachable DeLorean time machine controller, while Marty comes with a detachable camcorder. Each character stands on a buildable collector’s baseplate with BrickHeadz icon for easy display in your home, office or anywhere—at any time—you like.