Konami has announced a new game in the Castlevania series. While it might not be the big AAA console experience many would have hoped for, Grimoire of Souls looks to be bringing the series’ classic side scrolling combat to iOS later this year along with a healthy dose of multiplayer action to go along with it.

The Castlevania series got its start way back in 1986 with the original game (the original Castlevania was known as Vampire Killer in PAL regions). Heavily borrowing from classic Dracula and cinematic horror tropes, the game quickly set itself up as the perfect side-scrolling monster slayer in the early days.

While many of the latest releases in the series have been somewhat underwhelming compared to the iconic status the franchise had garnered over the years, it is nice to see Konami paying its most beloved series some attention. No this is not going to be another Symphony of the Night, but early screenshots and details on Grimoire of Souls look promising. 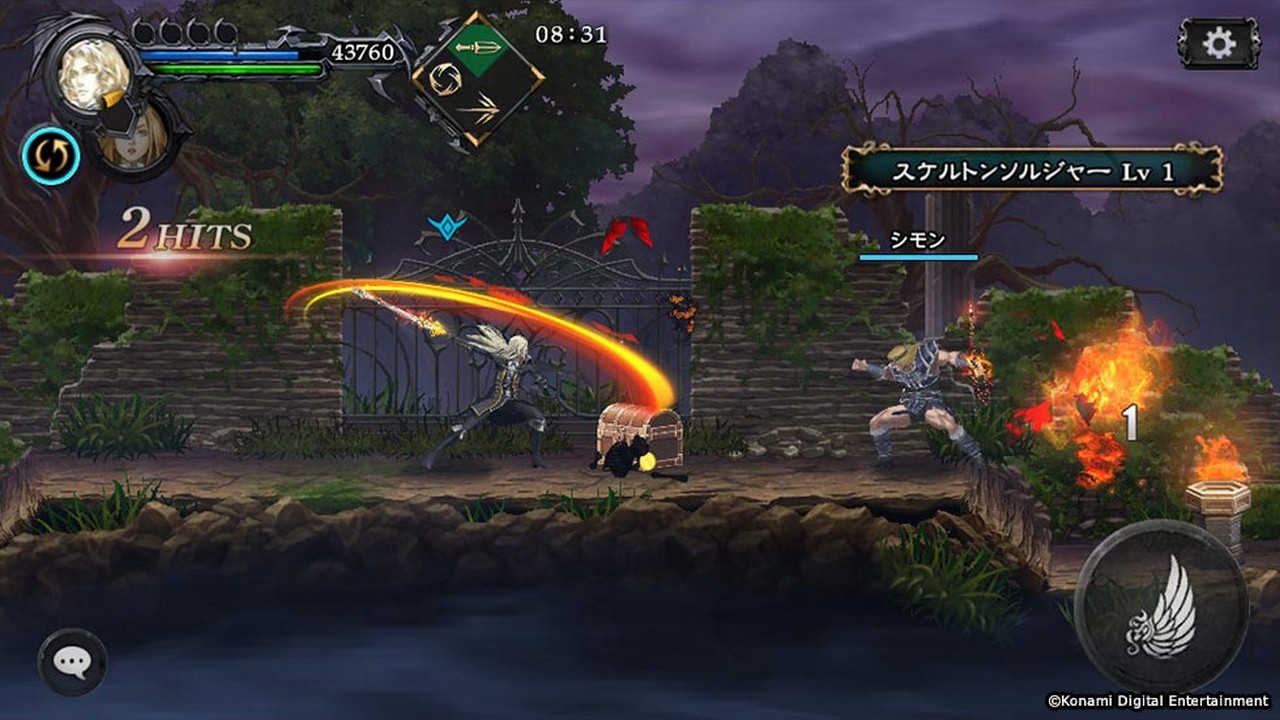 The game features an assortment of protagonists including a couple of newcomers as well as fan favorites like Alucard, Simon Belmont, Charlotte Aulin and Maria Renard. The new characters include government agent, Genya Arikado and a young girl by the name of Lucy that studies the black arts of Dracula.

The reason you’ll find all these characters in the game is because Grimoire of Souls features loads of multiplayer, both competitive and cooperative. There is a 4v4 competitive mode as well a cooperative, 4-player boss rush along with what sounds like your typical single player Castlevania action. Keep in mind, details are thin and most of the information is coming from translated text.

One thing we know for sure, the screenshots are looking fairly promising. While multiplayer might not be what your typical Castlevania fan wants, the visuals appear to show what could be a very competent, mobile Dracula-killer game, multiplayer or not. While it’s hard to say considering how light on details we are at this point, it looks as though players will be able to switch between characters, even in single player mode, judging by some of the imagery we have at this point. It also looks like there are some of the light RPG elements classic Castlevania fans are used to.

Konami is yet to release any details on pricing or a release date, but reports suggest the game will launch this year. In the meantime, you can sign up for the (Japanese) beta right here.