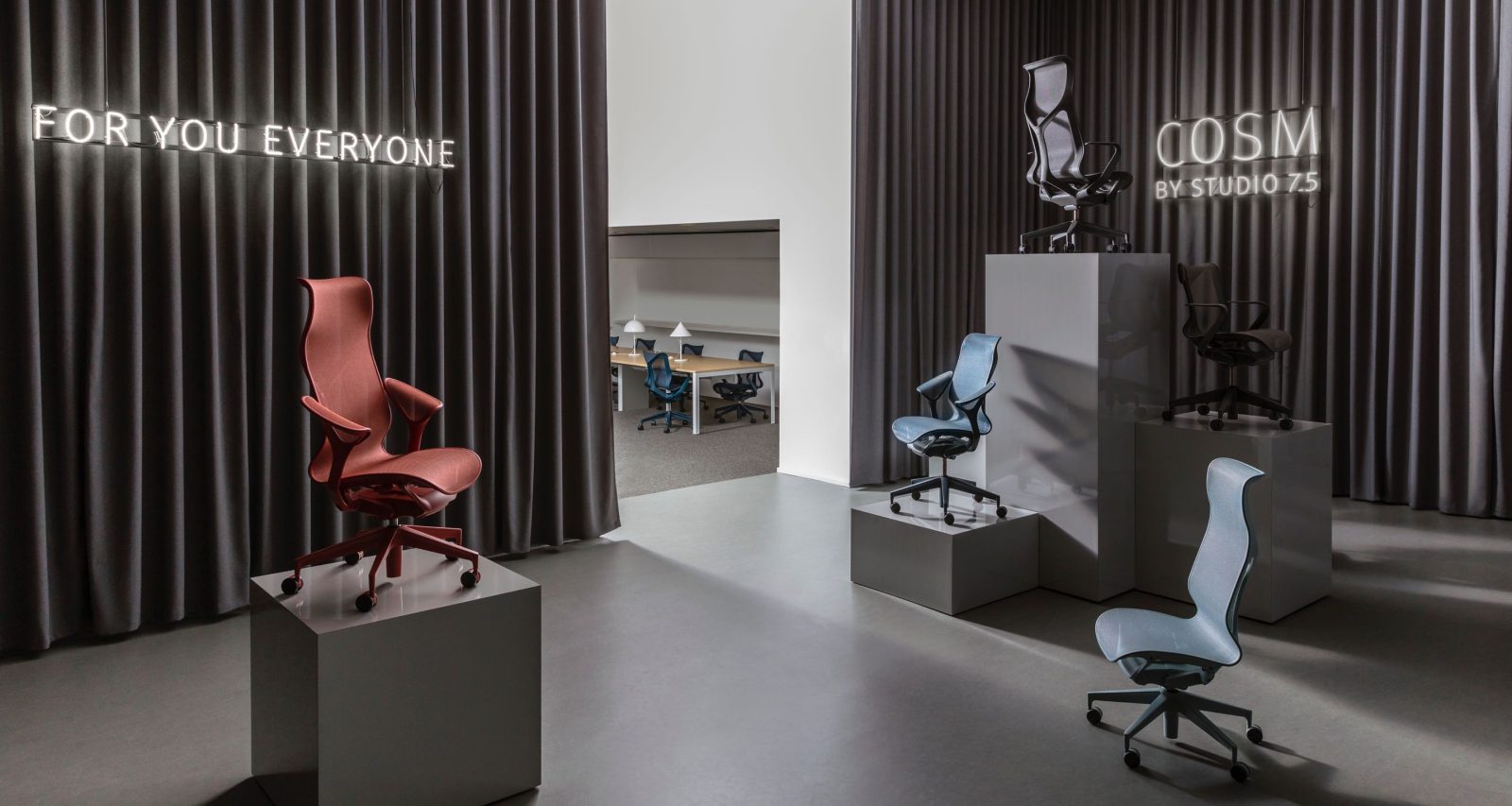 Iconic furniture designer Herman Miller has today unveiled the latest addition to its line of office furniture. In partnership with Berlin-based Studio 7.5, the famed manufacturer is showcasing its new Cosm Task Chair Line at the Salone del Mobile in Milan. The new swivel chairs are designed to conform with various default postures in hopes of eliminating the need for constant manual adjustment.

Herman Miller has long been the industry-leader in both design and function when it comes to office chairs. The new Cosm line leans on Miller’s proprietary tilt technology, “which instantly provides balanced support and movement corresponding to the user’s body, posture, and seated position.”

The chairs certainly have that iconic Herman Miller look, with sleek lines and a mesh material. Where it departs is the introduction of a muted red color in addition to the usual grayscale tones that we’ve come to expect over the years.

Because the Cosm chairs are designed for minimal adjustment, you won’t find as many configuration options when ordering as you would with an Aeron. Cosm ships in low, mid and high-back stylings and can be ordered with or without arms. Various casters and glides are offered as well.

There’s no word on final pricing at the time of writing, but you can guess that these new chairs will fall somewhere in the $600-$800 range, or right in the middle of Herman Miller’s current offerings.