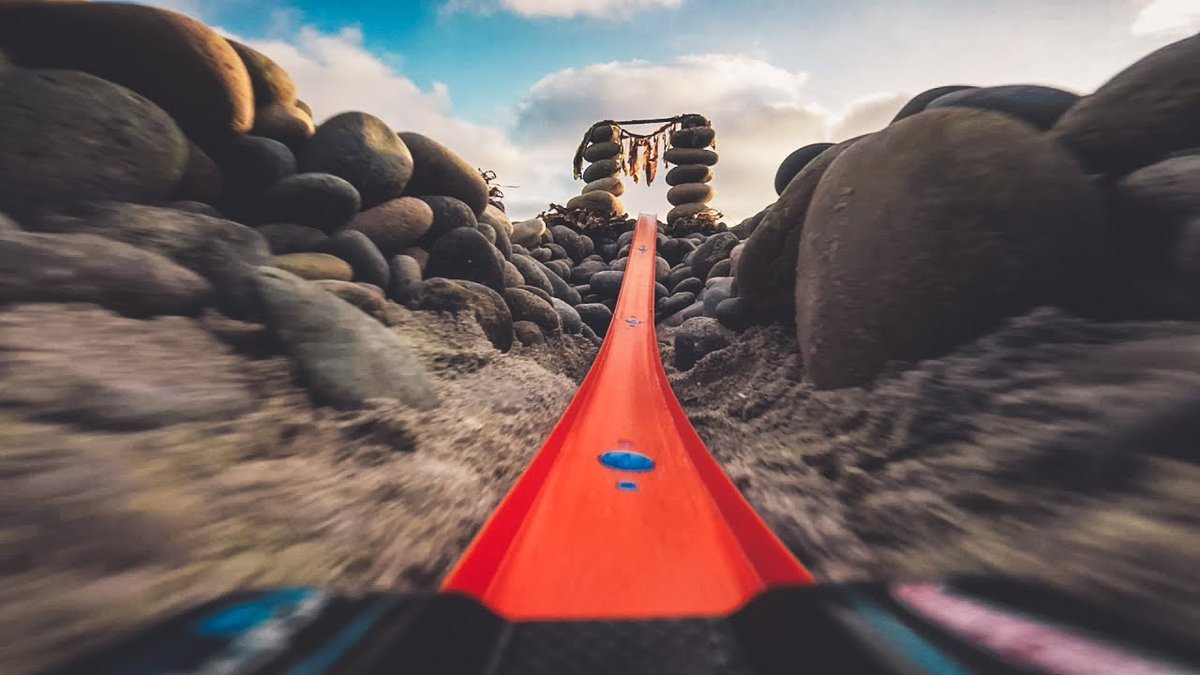 Mattel and GoPro have teamed up to offer a new Zoom In Hot Wheels car. The dull looking car allows you to mount a GoPro Session to the top so you can record all the action and allow you feel like the stunt driver you have always strived to become.

Hot Wheels cars have been around for decades. In fact, Mattel first introduced the line of toy cars in 1968. That’s makes 2018 the lineup’s 50 year anniversary. Although the anniversary has nothing to do with the of the new Zoom In car, it could pass as such considering that they have found a way to keep the toy relevant in an age when kids typically prefer smartphones and tablets over actual toys.

Granted, this device will not fully pull kids away from their smartphone when you consider they will likely use one of those to view the footage shot by the GoPro. A feat that Mattel might have been able to pull off if it released an refreshed version of its Video Racer, a car that features a built-in LCD screen for and the ability to record up to 12 minutes of footage.

That being said, the GoPro Session is the model that fits inside of the Zoom In, making it a great option for folks that already own the camera or want to pick up a used or new version at a cheaper rate than the latest and greatest HERO6.

The Zoom In’s design is anything but fancy. It is a very simple car with a clip that lays flat until you pull it up to lodge your GoPro inside. It is the same width as other Hot Wheels’ cars, meaning that you can use it with the typical tracks that you may still have lying around.

There is no doubt that lots of kids and adults alike will have a lot of fun with the new release. While it is not available yet, keep your eyes peeled as we expect it to show up on Amazon within the upcoming months. It will be priced at the typical rate of $1.09.