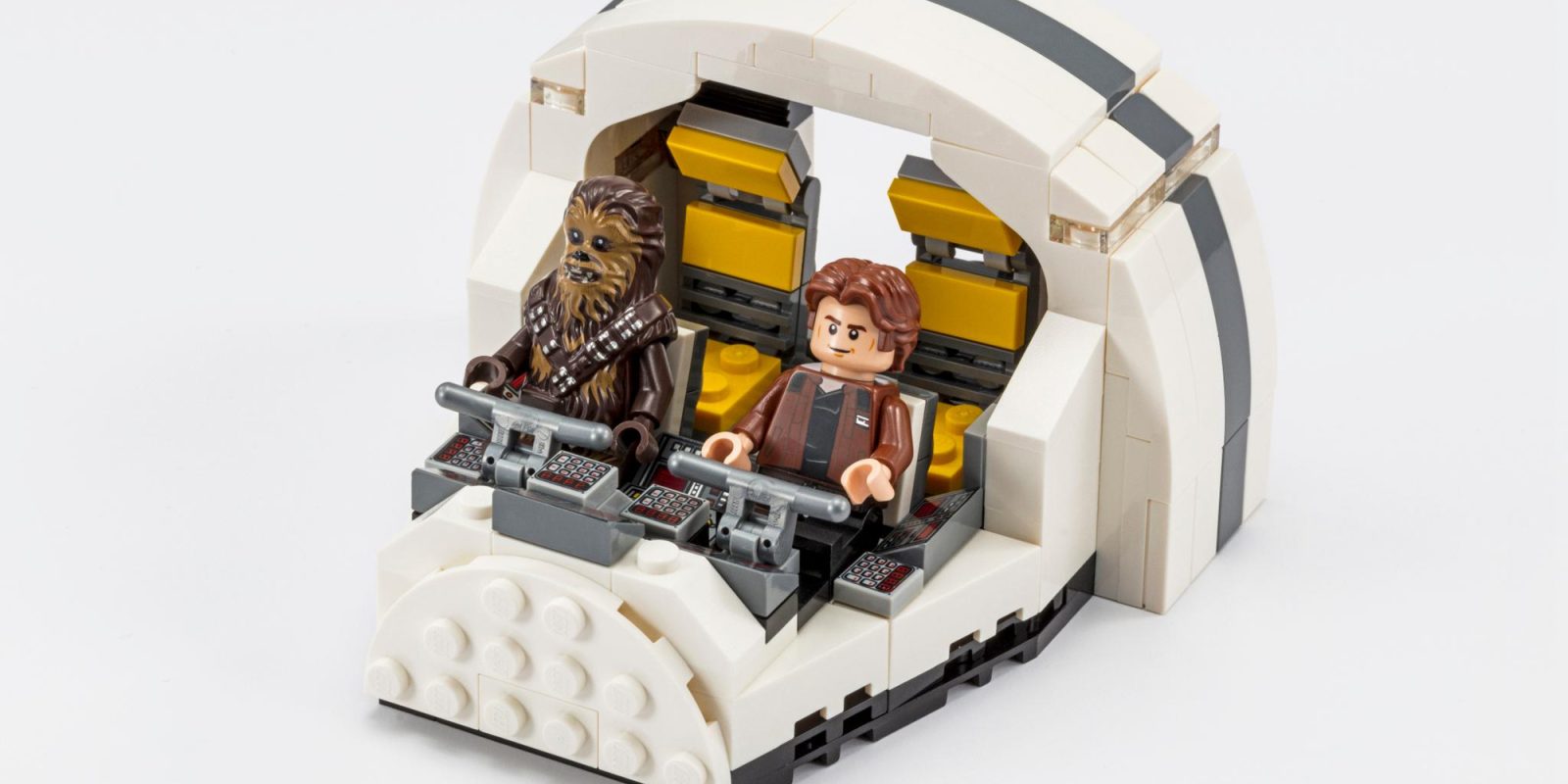 With July right around the corner, that means San Diego Comic-Con will be here in no time. In anticipation of the upcoming convention, LEGO has debuted the first of its SDCC-exclusive sets; a recreation of the Millennium Falcon’s cockpit from Solo: A Star Wars Story. Complete with young Han and Chewie Minifigures, this kit is going to be a must-have for many collectors. Head below for more details.

Each year LEGO opts to bring an exclusive kit or two to different Comic-Con conventions, with past year’s releases including Spider-Man, Venom and Boba Fett BrickHeadz, as well as other notable sets. This year though, LEGO is expanding its lineup of Solo: A Star Wars Story builds with a fantastic new Millennium Cockpit playset.

Stacking up to just over 200 pieces, this kit recreates the cockpit of the sleek Millennium Falcon in this year’s recent Star Wars film. In the pilots seats you’ll of course find young Han and Chewbacca Minifigures, both of which share their designs with previously-released figures. So unfortunately while the set is an exclusive, we won’t be getting any new minifigures to go with it. 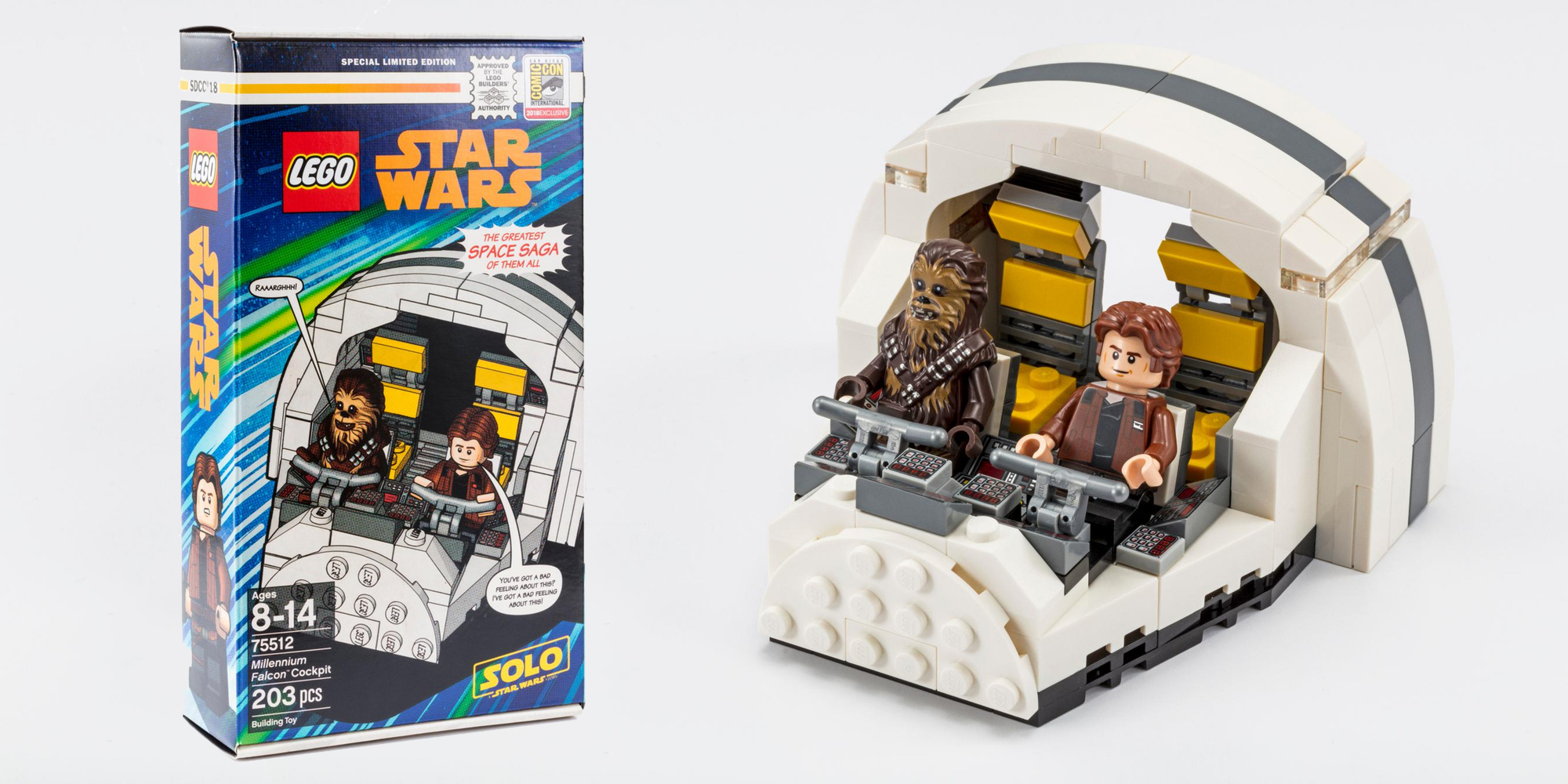 The SDCC kit comes wrapped in retro-themed packaging and recreates the Falcon on a scale similar to last year’s UCS version with a surprising amount of detail for the relatively small build. Since it is a convention exclusive set, pricing has been set at $40, almost double what we’d expect the set to sell for. For those who aren’t lucky enough to be heading out to San Diego come July 18th, you’ll have to try your luck on the secondhand market to hopefully score this limited edition release.