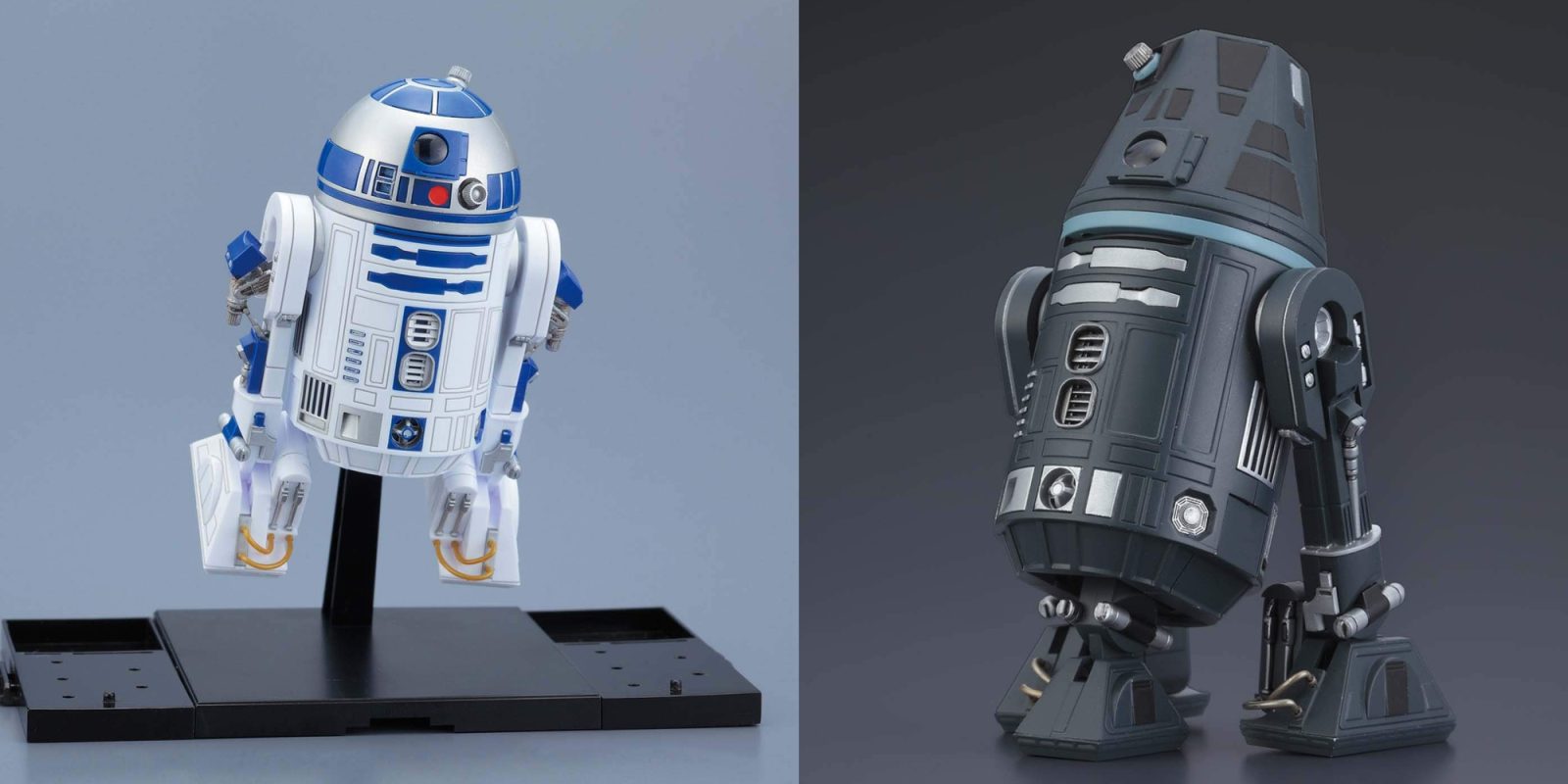 If you have fond memories of piecing together model kits from when you were a kid, it might be time to dust off your tools. Bandai, in partnership with Star Wars and LucasFilm, has unveiled two new model kits from a galaxy far, far away centering around 1/12-scale astromech droids. While a version of the lovable R2-D2 is the star of the show, we’re also getting a new R4-I9 kit as well. So be sure to hit the jump for all the details.

Bandai has been releasing model kits from the Star Wars universe for some time now, with everything in its lineup for recreations of iconic starfighters to fan-favorite characters. Today we’re getting look at the latest releases from the company, which take the form of a new R2-D2 alongside another astromech droid, R4-I9.

For those unfamiliar, Bandai’s kits are all snap-together, meaning no glue is required to actually assemble. The pieces also come pre-painted as well, which make the company’s kits more akin to LEGO than the model sets many grew up with. Similarly to LEGO, stickers are include to incorporate additional details as well.

The two new droids stack up to just under 4-inches tall and include a variety of accessories. Bandai has released a few different R2 models in the past, but this most recent one includes the droid’s booster rockets from Episode 3: Revenge of the Sith. By the looks of it, Bandai has tweaked its R2-D2 this time around as well, resulting in a kit with better color separation and all-around more details. This will be greatly appreciated by builders not willing to put in the extra work to give the droid a custom paint job. 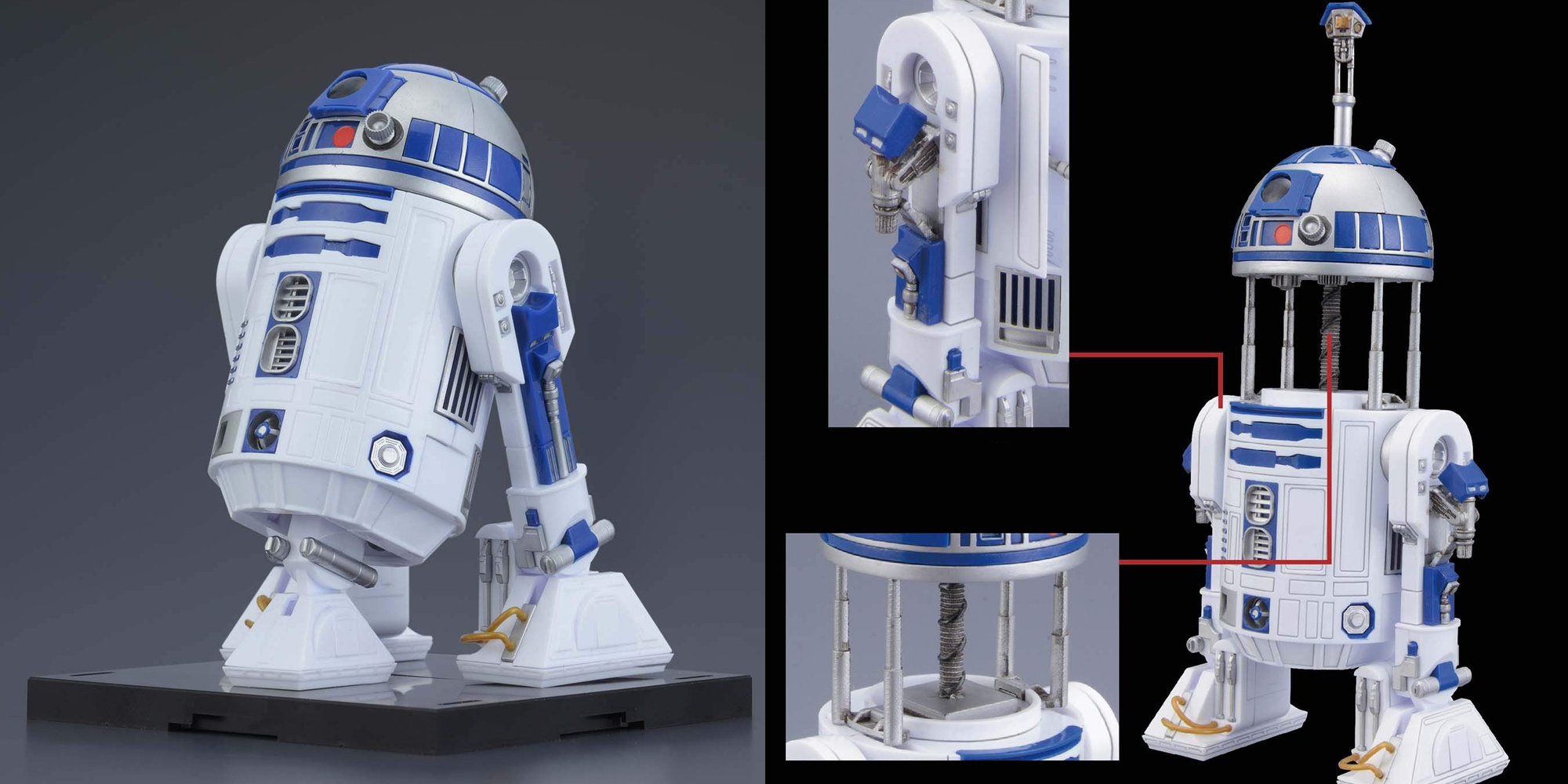 Both of the new astromech model kits are currently available for preorder over at Amazon. The new 1/12 scale R2-D2 (Rocket Booster Ver.) will run you $26.99 and the lesser-known R4-I9 droid will only set you back $24.99. R2 will be releasing later this year on November 28th, but as of now you won’t be able to assemble R4 until early next year.

I’m a big fan of Bandai’s model kits myself, so these are two releases that I’ll be sure to get my hands on once they come out. Until then, they have a variety of other kits available to sate your appetite for building. 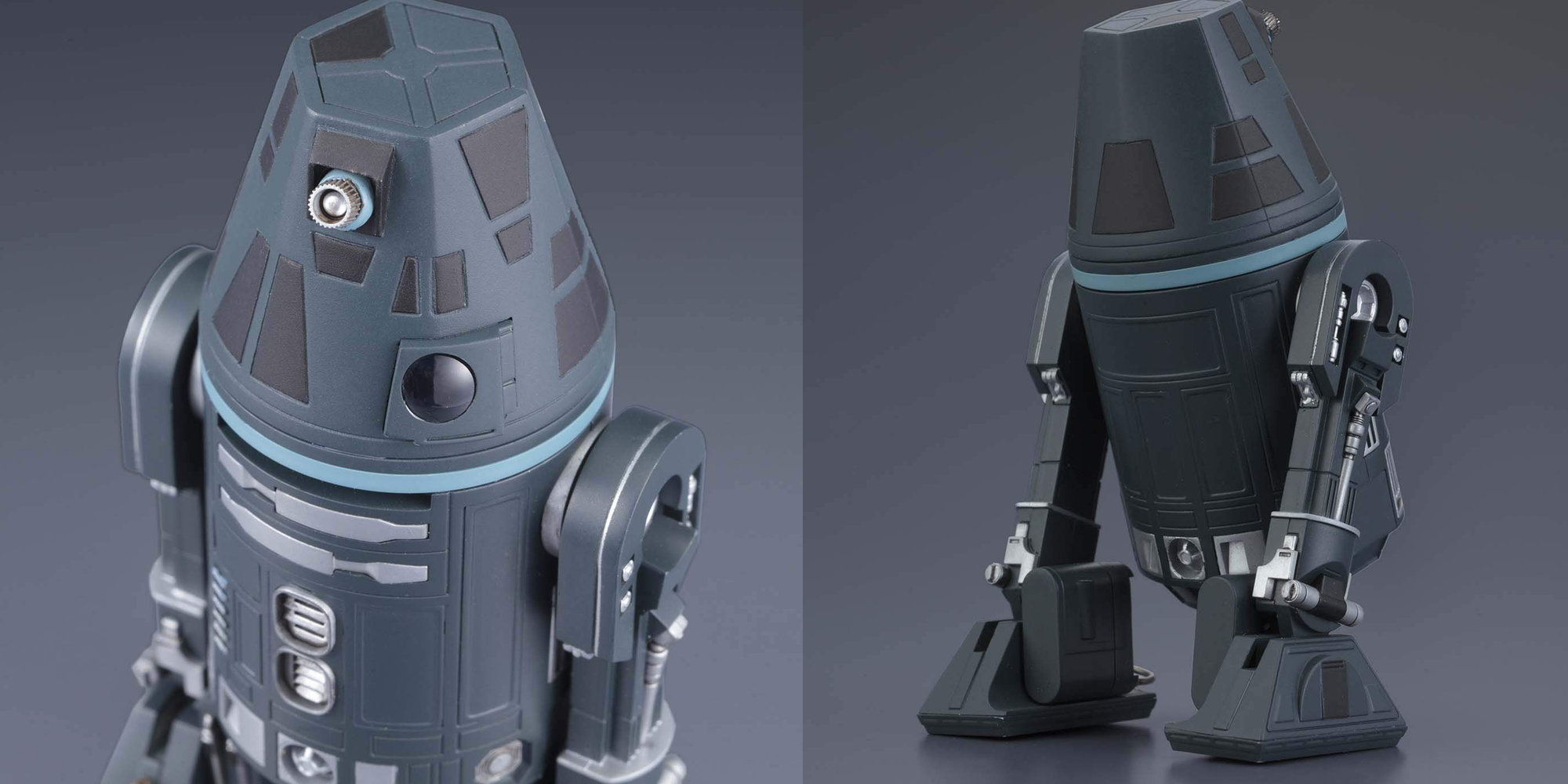