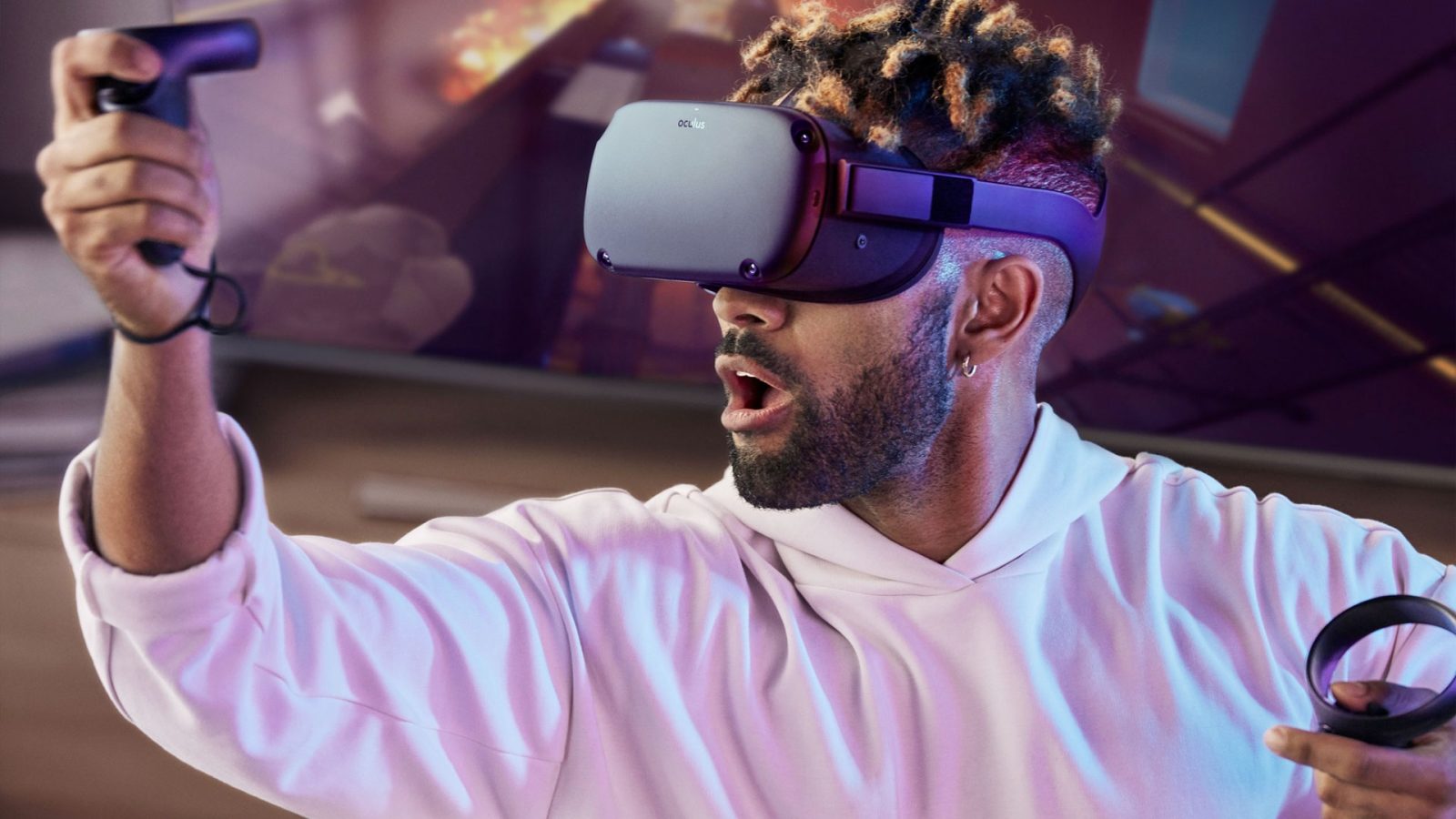 Oculus is one of the main names in virtual reality and is right up there next to HTC Vive. Today, the company announced its latest headset, the Quest. As Oculus’ first All-in-One virtual reality gaming system, the Quest offers six degrees of freedom for even more immersive gameplay.

You’ll be able to enjoy virtual reality with no computer, wires, or even external sensors. There will be more than 50 titles available at launch in 2019, and the Quest will set you back $399. Keep reading to find out what makes the Quest truly unique.

The big claim Oculus has here is “6DOF”. This means that there are six degrees of freedom you’ll be able to enjoy when using the Oculus Quest. With the amount of freedom you’ll have, you can move forward, backward, side to side, and even up or down without worrying that you’ll get tangled in wires.

Oculus achieved this by making the Quest require no external peripherals. Before, you’d need a beefy gaming computer plus external sensors in order to track movement. Oculus was able to build the processing power into the headset and has developed a new technology for movement tracking. If you’re an HTC Vive user, you’d normally need to purchase the Vive Wireless Adapter (which is $300 by itself) in order to get this type of movement freedom.

Oculus Insight is this new technology, and it “powers inside-out tracking, Guardian, and Touch controller tracking.” The system uses four wide-angle sensors and computer vision algorithms to track your exact position within a room. This means that you don’t need to mount sensors on a wall like with Vive, and it’s great for smaller areas.

Guardian will help keep you safe when in VR, as it can sense the room around you, warning you before crashing into any objects you might bump into. 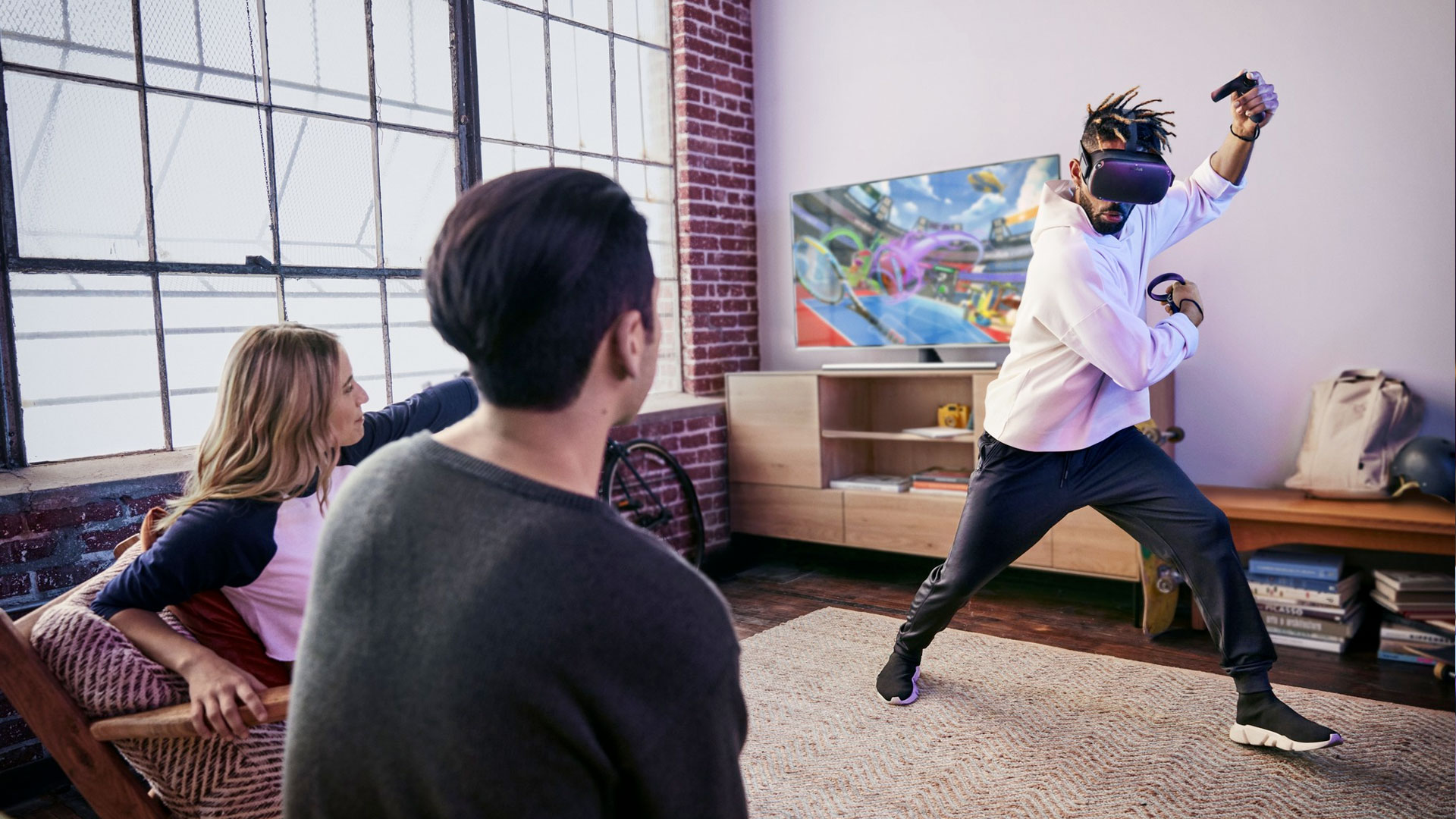 Quest will come with 64GB of built-in storage, which means you can store games onboard without the need of any external devices. The Quest also features the same buttons, thumbtacks, and sensors that the Rift Touch is known for. This means that anything designed for the Rift Touch should work well with the Quest, expanding the horizons even more.

The displays on Quest are the same as the previous Oculus Go, which means 1600×1440 per eye. There’s also built-in audio on the Quest, so you don’t need to worry about using external headphones or cables that can get caught up. The Quest is an upgraded version of the Go, more or less, thanks to its built-in headset and other new features.

Oculus Quest is set to be available in Spring of 2019 for $399. At a much more approachable entry price than the HTC Vive Pro currently on the market, and with no need for an external gaming PC, this could finally be the headset that brings virtual reality mainstream.