Following last month’s Amazon Go opening in Chicago, the online giant is back again with another autonomous grocery store. This time around, it’s in San Francisco. Today’s news completes predictions from analysts back in May that detailed Amazon’s plans to expand its cashierless locations across the United States. The sixth Go grocery store location sits on a pricey bit of real estate at 300 California Street in San Francisco, which is right in the middle of the financial district.

Along with today’s Go grocery expansion, Amazon is also rolling out grocery delivery and pickup for Prime members in an additional six cities. As its partnership with Whole Foods continues to grow, this popular perk is finding its way to more locations around the country. Head below for more.

Amazon officially opened its sixth Go grocery location in San Francisco at 300 California Street. Its latest storefront brings the autonomous experiment to silicone valley for the first time. Amazon first started opening Go locations last year, starting with a beta store in Seattle. It’s since made a number of in-roads in other cities like Chicago and San Francisco, along with its expanded brick and mortar bookstore presence.

The next Amazon Go location is slated to be opened in New York City with an additional San Francisco store coming down the line as early as December. If you’re not yet familiar with how these grocery stores work, it’s rather simple. Shoppers leverage the Amazon Go smartphone app and simply walk around the store, selecting items as you typically would. Instead of hitting the checkout line, you simply walk out the door and your bill is automatically tabulated. Various sensors throughout the store make note of how items move and are able to track your total. It’s wild stuff, but Amazon seems to be proving that there is a place for it in 2018. 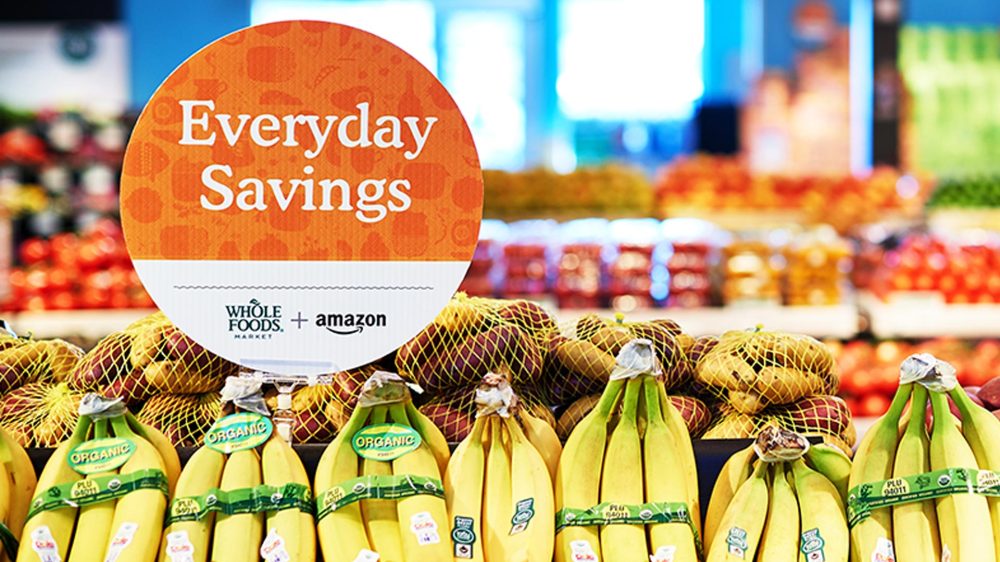 Amazon has been actively ramping up its grocery delivery and pickup at Whole Foods throughout this year. A new press release this morning details expansion into an additional six markets starting today, bringing the total to over 60. This perk is available to Prime members only and guarantees pickup of orders of $35 in one hour. Shoppers can speed the process up to 30 minutes with an added $5 fee.

Prime Now delivery is also expanding to 10 new cities today along with the addition of grocery delivery. Each service available from 8am to 10pm daily. You can learn more about Prime Now and Whole Foods delivery on this landing page.