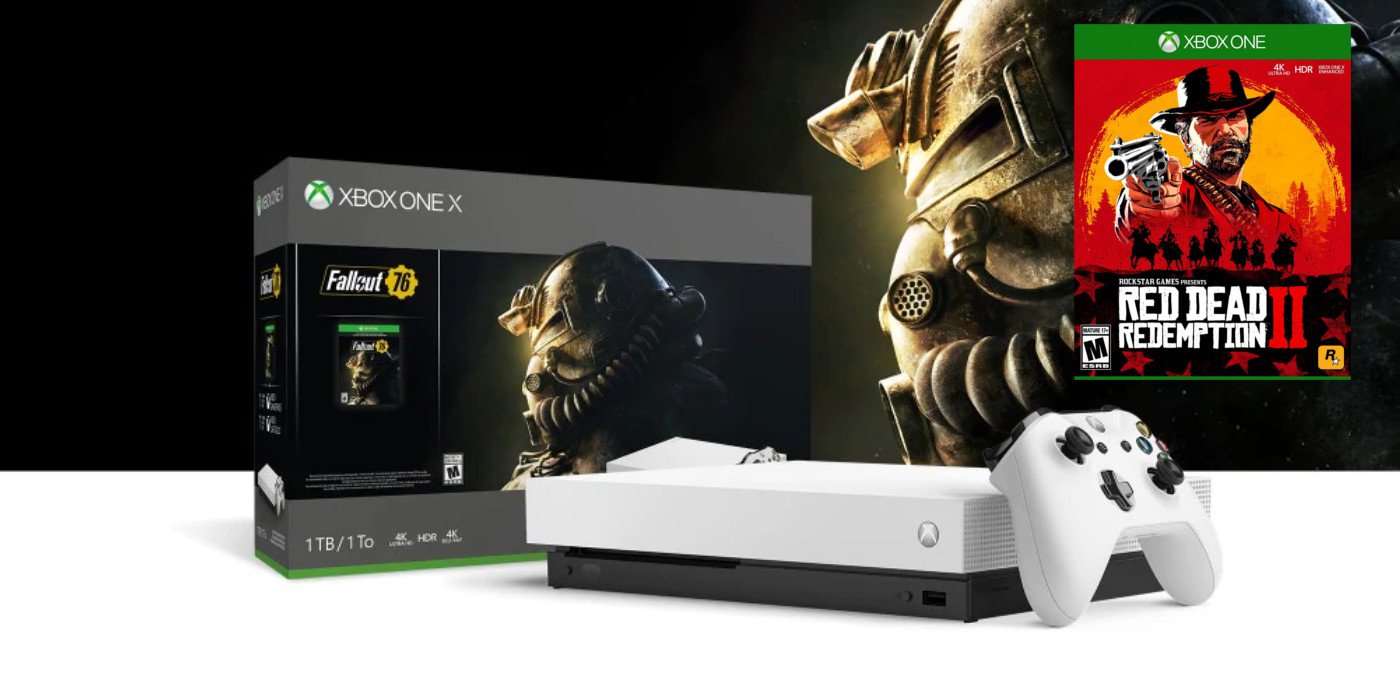 GameStop is now offering the Xbox One X Robot White Special Edition 1TB Fallout 76 Bundle with a copy of Red Dead Redemption 2 for $459.99 shipped. The console bundle with Fallout 76 is regularly $500 and RDR2 is still on pre-order at $60 (it’ll be released on October 26th). That’s a total savings of $100 and nets you a pair of the biggest games of the year. Head below for more details and right here for the rest of today’s best game deals.

$460
You’re reading 9to5Toys — experts digging up all the latest technology and lifestyle deals, day after day. Be sure to check out our homepage for all the latest news, and follow 9to5Toys on Twitter, Facebook, and LinkedIn to stay in the loop. Don’t know where to start? Check out the best Apple deals, our daily podcast, and subscribe to our YouTube channel