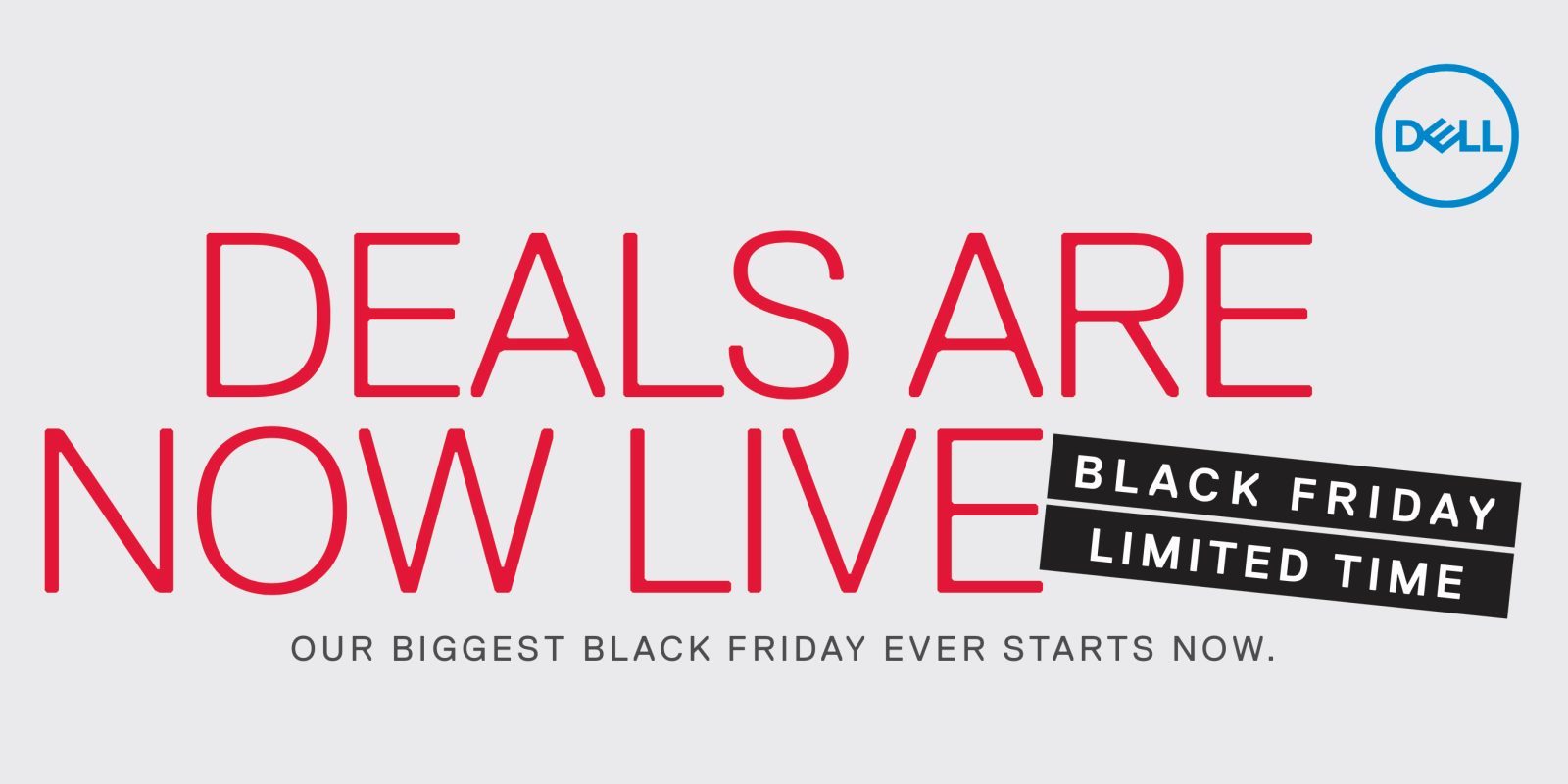 The Black Friday 2018 ads are starting to roll in now as we’re getting our first look at what Dell has planned for Thanksgiving week. Being dubbed its ‘biggest Black Friday ever’, Dell’s holiday shopping event is kicking off today with rotating deals throughout November. This includes the usual selection of PCs, accessories, gaming consoles and much more. Head below for a complete look at the Dell Black Friday ad and some quick analysis on our favorite deals.

Dell will be kicking off its Black Friday festivities on Thanksgiving Day at 10AM EST with rotating hourly doorbusters. These limited time offers are primarily centered around PCs and accessories, headlined by an 11-inch Inspiron 3000 laptop for $120 (Reg. $200). Quality here is likely about what you’d expect, but this is a pretty incredible price for a laptop in 2018. Other notable doorbusters include a 24-inch 1080p monitor for $100 (Reg. $200+) and a convertible Inspiron 2-in-1 laptop for $150 (Reg. $300). Dell will be offering free shipping sitewide along with an extended return policy through Christmas.

As one of the first major Black Friday ads to drop, we’re getting a glimpse into what other retailers may be offering throughout Thanksgiving week. Gaming consoles are always a big ticket item on Black Friday and Dell will be headlining its offerings with a Xbox One S 1TB console bundled with Battlefield V for $230 (Reg. $300). Although it’s labeled as a doorbuster, this deal is expected to be available throughout Thanksgiving week.

Speaking of notable offers we expect to see at other retailers, Dell is going to be offering some significant markdowns on Nest products. You can expect to see these deals at various other retailers as well. We’ll particularly have our eyes on the Nest Thermostat E at $99, which is down from its regular $169 price tag and the first time we’ve seen it go below $100. Other Nest deals include the Protect Smoke Alarm at $99 (Reg. $119) and Hello Doorbell at $179 (Reg. $229).